Drew Brees: “Unfortunately we fell a little short of that but I was proud of what this team accomplished”
by timgunter

Last year’s “feel good” story of the New Orleans Saints was good for the NFL because it let all of the other smaller market teams dream they could win a Super Bowl as well.  Although this year’s squad was able to make it back to the playoffs, they weren’t able to assemble a sequel this time around, which proved winning back-to-back Super Bowls is one of the most challenging feats in all of sports.  Heading into this season, the Saints had high expectations, but multiple injuries to key players and a weak defense was too much to overcome in the end.  Next year will be another competitive season for the Saints with expectations of making another run at a Super Bowl high on the list.  With players returning from injury and possibly acquiring some new faces via draft or free agency, this team is still built for success because they have one of the best quarterbacks in the league, Drew Brees, and one of the brightest offensive minds, Sean Payton, as head coach.Drew Brees joined WQXI in Atlanta to talk about what was different about this year’s team vs. the Super Bowl championship team last season, what he would have done if he were in Jay Cutler’s situation, and if it was a mutual separation between he and the Chargers when he became a free agent before he was with New Orleans. 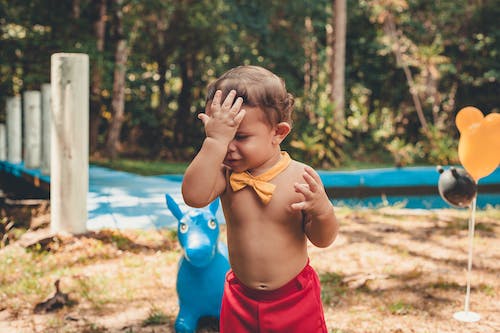 What was different about this year’s team vs. the Super Bowl championship team last season:

“I mean the toughest thing is expectations and, once you taste that Super Bowl victory that is all you think about and that is all you want.  Obviously, anything short of that is not acceptable.  Coming into a season, not only are we putting those expectations on ourselves but others are and we faced some injuries early on and all of a sudden we are sitting right there at 4-3 and it is like, man the season has not gone what we expected thus far but we hung together, we fought through this adversity, it made us stronger, we had some young guys step up and play well in place of some injured guys, and then I felt like we were getting healthy at the right time.  We rattles off six in a row so we were sitting at 10-3 and then made it into the playoffs as a wild card with some big victories at the end of the season and then unfortunately lost at the wild card game in Seattle in a game in which I thought they played terrific and we just didn’t play quite well enough.  I was ready to travel that road to the playoffs that the Green Bay Packers have, which is on the road, on the road, fighting and finding a way to win and making it back to another Super Bowl.  I think that is what we expected and unfortunately we fell a little short of that but I was proud of what this team accomplished in overcoming some of the odds and the injuries earlier on in the season.  Just the fact that, everybody is gunning for the Super Bowl champions.  You have what they want so you are getting everybody’s best performance and I felt like we did some good things although that not quite enough at the end.”

What he would have done if he were in Jay Cutler’s situation:

“I don’t know the extent of his injury.  I know that I have had an MCL before and you really have no stability in your knee and so it would be hard to plant and throw without that stability.  Maybe, I am sure, in order to make that decision you have got to feel like it is in the best interest of the team to have a healthy guy out there to step and throw and throw the ball accurately.  I don’t know the extent of his injury, like I said, but I know what an MCL feels like and it is no fun.”

If it was a mutual separation between he and the Chargers when he became a free agent before he was with New Orleans:

“Well what it was, obviously, my injury was pretty significant and they had just drafted Philip Rivers two years previous and what it came down to is I think there was one or two people in the organization that really felt like it was Philip’s turn to start and kind of almost waiting for an excuse to kind of show me the door.  I was offered a contract to come back and play with the Chargers but it was basically to be a backup and obviously I thought of myself as the starting quarterback and if the Chargers did not see it that way I was fine and go elsewhere and prove that.”