Drew Brees, New Orleans Saints Aren’t Allowing Lockout to Keep Them From Working Out as a Team
by Eric Schmoldt

With the lockout back in place, the New Orleans Saints can’t work out at team facilities, and they can’t do so with any of the team’s staff or trainers. But it doesn’t mean that the Saints can’t work out altogether. Despite the limitations, Drew Brees and a couple of other veteran leaders have spent time planning, coordinating and bankrolling for all of the players to be able to work out at Tulane University. The workouts began last week with about 40 players in attendance, with that number expected to grow to 50 by the end of the month. It certainly wasn’t an easy task getting the whole plan to come together, but Brees talks about he and his teammates have pulled all of it off during the following interview.Drew Brees joined XX Sports Radio in San Diego with Scott and BR to discuss his trainer helping run the workouts, how the plan came together at Tulane, the number of players who are in town to participate, how he and his teammates have had to bankroll some of the efforts, if he sees the end of the lockout in sight and his feelings on Reggie Bush, who tweeted somewhat of a goodbye to New Orleans when Mark Ingram was drafted. 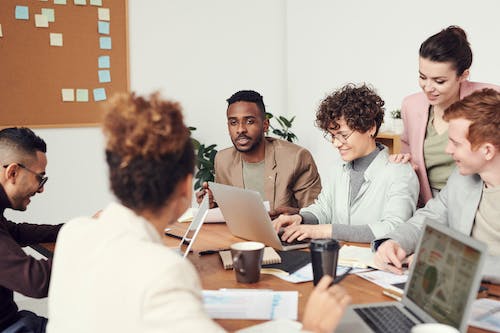 On having his personal trainer run some of the early portions of the Saints’ own minicamp:

“He came down … and we started our own offseason program on Monday, May the second. I asked Todd to come down and just kind of help coordinate the first couple of days and get into the workouts and kind of set the tone. He did an unbelievable job.”

How did they get this whole thing up and running at Tulane?:

“Logistically, to try to put this together, this has been something that’s been in the work for about three months, in anticipation that we could potentially be locked out and we want to make sure that we’re prepared, that we have a place to work out that we can gather together as a team and get that same kind of work that we’d get in a normal offseason program.”

How many guys are around for these workouts?:

“We’ve got about 40 here right now and that list continues to grow. Some guys are still coming off injuries, so they were finishing up their rehab at other locations. … And obviously the rookies are still kind of filtering in. … We could be in upwards of 50 guys as we get closer to June. And really, when you think about your training camp roster, I think you go in with 80 guys, 75 guys, but a lot of those guys are rookie free agents. … We’ve got just about all of our guys that have been here with the Saints the last few years.”

Is he bankrolling some of this stuff considering the need to pay Tulane and its trainers and such?:

“There’s other guys that are helping out as well, but yeah. … That’s part of my responsibility because, in the end, a lot of these young guys are in situations where obviously this is a team and we want to all be able to rely on each other. Most of our team, most of the league, is first-, second- and third-year players … so you can’t sit here and assume they’re going to be able to stay in a hotel for a month and a half.”

Is there a light at the end of the tunnel in this lockout situation?:

“I hope so, I hope so. I don’t know though, because it seems like every week it’s something different and it’s all being played out in the courts. There’s appeals, there’s requests for stays and it gets overturned. It just seems like a lot of things have gone back and forth here.”

His reaction to Reggie Bush’s tweet following the drafting of Mark Ingram when Bush implied his time in New Orleans was up:

“He’s set to make a lot of money next year and I know there’s talks that he might need to renegotiate, but the fact of the matter is we would love to have Reggie. I think he brings an element to our offense that’s hard to replace. I don’t know if you can replace it. Also, when you look at any team in the league, you need more than two or three or even four running backs just because it’s such a physical position.”