While the Los Angeles Lakers are the team that everyone has been buzzing about this offseason, the 76ers were also part of the four-team blockbuster trade that sent Dwight Howard to Hollywood. While Philly had to part with Andre Iguodala and use its amnesty clause on Elton Brand to make room, Doug Collins’ team was able to bring Andrew Bynum and Jason Richardson to a team that advanced to the second round of the playoffs. Bringing Bynum to Philly was a no-brainer for Philly. The team reached its peak, was lacking a true star and Bynum continues to show the potential to be just that. Now instead of hovering around the seventh or eighth seed in the Eastern Conference thanks to toughness, defense and grit, the 76ers have a shot to be more than that with the second best center in the game on their side. Doug Collins joined 97.5 the Fanatic in Philadelphia with Mike Missanelli to talk about the increased expectations in Philadelphia following the trade, what the plan was for the 76ers this offseason, how the Andrew Bynum trade came together and what he thinks the relationship will be like between him and Bynum. 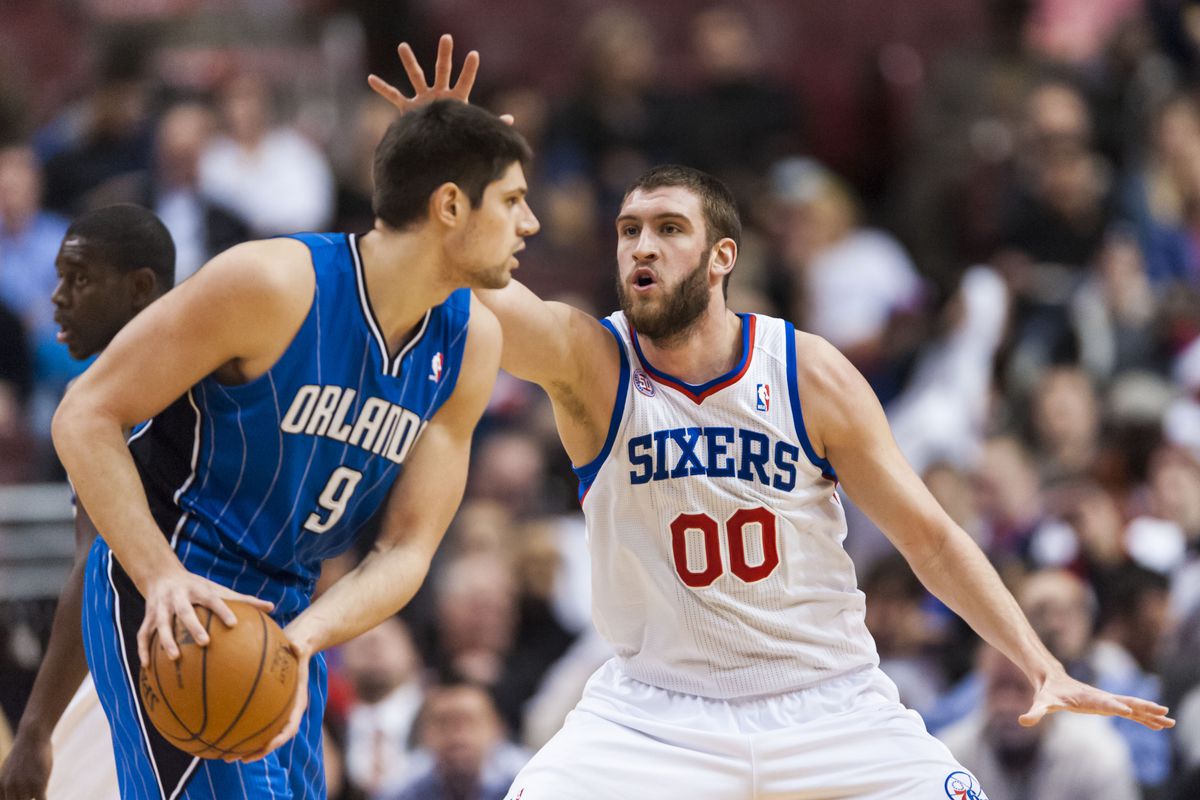 On the increased expectations in Philadelphia this season:

“Yeah I like that. I would much rather have expectations to be really good then to have to overachieve and scratch into the seventh or eighth spot and get beat in the first round by the first or second seed. We’ve got a great opportunity this year to have some good things happen, we think we have made some nice changes on our team, we have gotten bigger in the backcourt, we’ve added some shooting, we’ve gotten bigger on the front line, we think we’ve added the premier low post center in the NBA on the offensive side of the ball and now it’s going to be up to us to try to put the pieces together, but I like what we’ve done and we’re going to see how long it will take us to get it together.”

What the plan was for the 76ers this offseason:

“I personally thought we had maxed our team out I thought we were a team that every night played hard, we played terrific defense and if you looked at our team other than Andre Iguodala we really didn’t have a premier defensive player individual. Michael Curry, what he did with our defense was spectacular. We didn’t have a dominant rebounder or shot blocker so to do the things that we did on the defensive end to give us a chance we thought was really, really good but we knew if we were going to make a move that we were going to have to get better and unfortunately when you do that you’re going to lose good people. As I sit here with you right now, I mean Andre Iguodala, the two years that he gave to this organization when I was here, what he did, the guy won a World Championship with the National Team, he’s won a gold medal, he made the All-Star team and he got us into the second round of the conference semi-finals. Elton Brand, one of the ultimate pros. Lou Williams, second in Sixth Man of the Year Award and our leading scorer.

Jodie Meeks’ three point shooting. So we lost some key guys, so what do you do?

Improve shooting and we think we have done that and we planned to put ourselves in a position where the cap was not going to kill us. I don’t think people realize how important it is to have cap flexibility and I think the neat thing about what we have done is with all of the things that we have done we also have a bright future just from the standpoint that we don’t have any bad contracts and we have flexibility moving forward and for a franchise like us that is going to be so important as we continue to add the pieces to try to get to that championship level. It looked like we were going to lose Lou Williams because he was going to make more money for another franchise and got on the phone and talked to Nick Young and got a commitment from him. When they decided that we had to amnesty EB (Elton Brand) to give us some flexibility, we were able to add Dorell Wright and (Kwame) Brown, a shooter and another big guy. We were able to keep Spencer Hawes and really our last two drafts gave us the opportunity to get Andrew Bynum because Orlando loved Nic Vucevic and they loved Moe Harkless, so those two young guys helped get us Andrew Bynum. All the pieces fit together and we were very blessed to make it work.”

How they got involved in the Bynum talks:

“Well we knew that Orlando was going to do something with Dwight Howard and so we had had some conversations along the way, there were three or four teams involved. Houston was really involved and they were trying to get Dwight Howard obviously, the Lakers, Brooklyn and so we kept paying attention to what was going on and when it looked like the deal was going to have to go through LA, we knew either Pau Gasol or Andrew Bynum was probably going to be involved in that so we got ourselves involved actually by getting in with a fourth team. We were the third team involved and then ironically I’m over doing the Olympics and Andre Iguodala has a great, great game and Denver calls up now and is interested in being the fourth team to get in with Andre Iguodala so we had a deal with Orlando that we were going to move ‘Dre and we were going to move Moe Harkless and Nick to get in the deal with Bynum but only if Orlando took Andre on as a piece to get something back when that fell into place and got the fourth team involved. Then we were right there and ready to make the move. With our draft picks and flexibility that we were able to have we were able to get in the mix and get Drew.”

On the relationship between him and Andrew Bynum:

“I’ve had great conversations with him. The day of the press conference we went back and he, I and Jason Richardson spent some time together along with some of the other people in the organization and I think for Drew, I think a big part of him is he’s excited to be coming home. He was out in LA and I don’t think he ever really fit into the LA scene. I talked to him the other day and he was ready to go over to Germany to have the little procedure, the little injection done in his knee, he’s gotten home in the country here and is excited to be back near his family and everything like that. I think he’s excited that he’s going to be the primary focus of us playing through the post rather than being the third option in LA. He’s a very smart and bright guy, he’s articulate, he knows the game and we talked a little bit about it. Sometimes you say things and I think even he would agree that some of the things that he said came across maybe being a little immature a couple of times. He knows the play on JJ Barea is going to be seen forever and he will always be a part of that but I just feel like he’s in a great place. I think he and I are going to have a great connection with one another. I’m at a spot in my life where I feel very peaceful coaching this team and what we’re trying to do. I like what we’re doing with all of our guys so I think it’s going to be a very good fit Mike.”