Of all the myriad storylines that will play themselves out during the NFL season, none will be as fascinating as Donovan McNabb starting fresh in Washington after 11 seasons in Philadelphia. Many wondered when the Eagles and the former #1 overall draft pick would finally part ways, with some wishing for McNabb’s sake that he got a chance to finish his career somewhere other than Philly where he arguably got a raw deal from fans and the media. For the first time since being traded to the ‘Skins, McNabb hit the airwaves in Philadelphia to talk about the end of a great era. As you’ll hear, he insists he’s not bitter or upset, just excited about his new beginnings.McNabb joined 97.5 The Fanatic in Philadelphia on Friday morning to talk about the trade, how he too was a bit surprised by it, how he wishes nothing but the best for Kevin Kolb and the Eagles in future years, how he’s apologetic that he couldn’t bring a Super Bowl home to Philly, and how he’s not focused on wondering what might have been or what he wishes had been different, just on trying to bring the hardware back to the D.C. area this upcoming season. 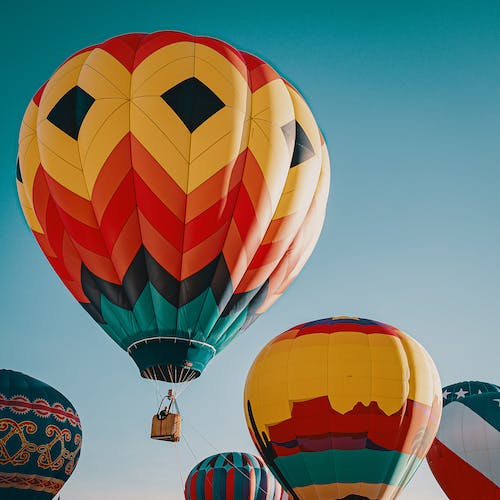 On His Take About Why His Bittersweet Tenure In Philadelphia Finally Came To An End This Offseason:

“What happened was I’ve been traded, and that was the decision of the organization. Again, I’ve always said I wanted to end my career there, but things happen in this game, and I went along with it and ended up in Washington. I’m very excited about the opportunity of playing Washington and really trying to change that program around like we did in Philadelphia. So I enjoy the challenge and look forward to it, and good luck to the Eagles and everything they set out to try to do. We just want to provide excitement in the Washington D.C. area.”

On The Sudden Decision To Trade Him After Andy Reid And Others In The Organization Had Publicly Stated That Mcnabb Was Still Their Guy Moving Forward:

“You know what? I was hearing the same things as everybody else – that I was going to be the starting quarterback and I looked forward to coming back in the up and coming years to try to shift things around, and get over that hump. But obviously things changed. Andy and I still have a great relationship, and we’re going to continue to talk throughout this whole process and push each other, and wish for nothing but the best for one another. But like I said and as you know, things change and sometimes you get an immediate answer and sometimes you don’t. In this situation, it’s one that happened, and again, one that I look back on – the things that I set out wanting to accomplish and bring back to Philadelphia, I wasn’t able to, and I apologize more than anything to the people of Philadelphia for not bringing that Super Bowl to them. But it didn’t happen, and I look forward to trying to achieve that goal here in Washington.”

On If It Upsets Him That He Was Traded Just As The Eagles Finally Seem To Have Assembled A Legitimate Supporting Cast At The Playmaker Positions:

“Well again, they’re exciting players and I’m very excited to have had the opportunity to play with them last year. But I think Kevin’s stepping into a great situation. I’m happy for him, and more importantly for having the opportunity to work with him for three years. He’ll be prepared, he’ll be ready. My focus right now is being in Washington and forming that comraderie we need in order to be successful in the D.C. area.”

On If It Bothers Him That He Was Routinely Criticized For His Accuracy Only To See The Eagles Replace Mcnabb With Kevin Kolb, A Quarterback Who’s Not Exactly Known For His Accuracy:

“Well I haven’t really been focused on what’s going on in Philadelphia. My focus obviously is on being in D.C. I know Kevin, just as a person, works extremely hard and wants to be the best. As a player he displayed a little bit of that last year. So I wish nothing but the best for him with his play. They were speaking highly of him when they drafted him, so now they get an opportunity to see him play for 16 games. Going into his fourth and fifth year or so, I know he’s excited about it, and good tings could happen for him. I hope nothing but the best.”

On If He Feels Betrayed Considering All That He’s Done For The Eagles Since Being Drafted:

“Not at all. But let’s focus on the task at hand here guys. We’re talking about high blood pressure, spreading the awareness. The football side of things will take care of itself, and one that we’ll kind of  go into later as we continue on into this offseason and during the season. But I just want to focus in on the oneinthreepeople.com website for people to log on to and learn more about high blood pressure and how it can really change their lives. As far as football is concerned, that’s one that we’re not kind of talking about right now. I’m happy for the Eagles, I’m happy for the Redskins and look forward to good things happening to both organizations.”

On If He Felt Like He Was Poorly Treated By Certain Segments Of The Fanbase And Media In Philly:

“I love the fans in Philadelphia, and love the things that they presented to me, of giving me that opportunity to come out of that tunnel, and giving me the opportunity to bring a Super Bowl home. I’m sorry it didn’t happen. I’m more crushed than anything, but again, I’m looking forward to bringing it to D.C. and hopefully bringing a Super Bowl to the D.C. area and displaying my talents which they’ve seen over the last 11 years. I know it’s a different color that I’ll be wearing, but it will be the same player and one that’s a little bit more polished, and one that will hopefully uplift the spirits of the ballclub, and will hopefully change the 4-12 season into something bigger and better.”