There was a wave of activity prior to last week’s NBA trading deadline, but one legitimate contender opted to stay pat — the Dallas Mavericks. Currently positioned as the No. 2 seed in the West, the Mavericks ultimately decided to not force the issue by trading away valuable young assets in the name of adding a piece or two that may or may not really give them much of an edge in their quest to finally get over the hump in the playoffs and bring a title back to Dallas.  General Manager Donnie Nelson explained late last week on the air in Dallas that the Mavericks didn’t want to risk jeopardizing the outstanding chemistry this particular group has, and that certain assets on the team were too valuable in the long term to consider trading unless the absolute perfect deal came along. Which it didn’t.Nelson joined KCTK in Dallas to talk about why Dallas opted to stand pat at this year’s trading deadline, why he thinks the chemistry is so special this year and how it played a role in the Mavericks deciding not to make a move, how the Mavericks were not willing to part with Roddy Beaubois unless the deal was so sweet as to possibly pass up, whether he thinks it’s realistic that Caron Butler returns from injury in time for the playoffs, how he feels the West may be a bit less daunting in the short run as a result of Carmelo Anthony and Deron Williams being traded to Eastern Conference teams, but ultimately how the West will be even tougher because of all the assets those two teams got in return, how the injury bug still concerns him when thinking about how the Mavericks might be able to finally get over the hump in the playoffs this year, and how Tyson Chandler has been a huge difference maker both on the court and in the locker room for Dallas this year. 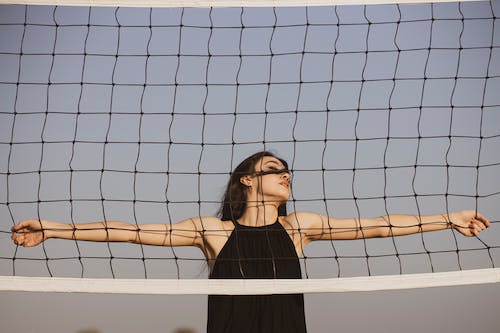 On why Dallas opted to not make a move before last week’s trading deadline:

“You lots  of phone calls, lots of throwing stuff against the old whiteboard. But going in, our feeling was we really didn’t want to mess around with this chemistry. There was a period when butler when down, when we were wondering, man, do we have enough firepower here. But Peja’s really kicked in lately, and we feel really good about that. And getting Roddy back has really taken a lot of pressure off the back court. We really needed his speed and ability to defend. So going in, it would have had to have been an over the top move.”

On why he thinks the chemistry is so much better this year:

“You know, that’s a weird thing. We’ve always had good chemistry here. It stems I think from Dirk and having good guys in the locker room. So it’s always been good, but when you have it this good, boy you’ve got to really think twice before you change it. When it happens, you know, a lot of times it’s like a great cake that’s just the ingredients fall right and the timing falls right. I think a lot of times the best thing management can do is just stay out of the way on things and this is one of those cases.”

On how tough it was to not entertain offers for Roddy Beaubois, a young asset that could have potentially brought immediate help to the Mavericks:

“I mean, Roddy’s not going anywhere. We’re excited about his future. Look, I think if there was a situation that presented itself that would have guaranteed ourselves a championship, or there was some kind of a move like that — hey, everybody including my son and daughter are on the table. [laughter]. But no, with Roddy it was never a serious concern. We just got a volume of calls that came in on him.”

Whether he thinks it’s realistic that Caron Butler will in fact be ready to return to action by the playoffs:

“Look I never want to bet against that guy. You talk about somebody that’s overcome odds in the past. And he’s a huge part of our chemistry this year. I guess is there a mathematical chance? Yes, absolutely. That guy spends more time on that underwater treadmill tub therapy thing that we have than he does above water. I mean, he’s really trying to get back. So is there a possibility? Yes, maybe. But we’re not going to put him out there if it puts himself or his health at risk. So it’s just something we’re going to have to get with our medical staff on.”

If he subscribes to the notion that the West just got considerably less tough with the departures of guys like Deron Williams and Carmelo Anthony to the Eastern Conference:

“Well maybe in the short term. You take players like that out, maybe your first round gets a little easier. But in the long term it’s tougher. These are teams that have re-tooled. So you might take a little blip in the here and now, but the West just got tougher long term.”

On what still concerns him about the Mavericks being able to get over the hump in the playoffs, and on what excites him most about why this year might finally be the year for Dallas:

“The cause of pause is still the injury bug. Getting Roddy back and to full health; Peja integrating. Besides that, I think we’re ready to go. Tyson is not just the stuff you see on the floor with shot blocking, rebounding, getting up and down, runs like a deer. But he is one of the most positive, infectious guys in and around the locker room. It really has taken our spirits to a different level, our confidence to a different level. Yeah, he’s been a huge, huge part of that.”