Dirk Nowitzki is Happy to Throw Out the First Pitch, But Really Would Not Have Cared Either Way

With the World Series and the NBA lockout both a part of this week’s big sports news, I guess it wasn’t entirely a shock that Dirk Nowitzki could become a player in all of it. That said, I didn’t really see him becoming one of the bigger stories of the week. Instead, he did just that when the Texas Rangers asked him to throw out a first pitch at Game 3 of the World Series and Major League Baseball balked at the idea before finally allowing him to do it.Nowitzki said the whole thing was a bit too much for him and called it kind of embarrassing that the story became such a big deal. That said, I think everyone eventually made the right decision and now the man who led the Dallas Mavericks to the championship last season will try to pass some of that mojo on to the Rangers tomorrow night.Dirk Nowitzki joined ESPN Dallas with The Ben and Skin Show to discuss the lockout, the whole scenario surrounding his first pitch, his fist bump with Michael Young before Young hit a homer in the game that clinched the ALCS, how life has changed now that he’s a champion, what it’s like not being able to talk to members of the Mavs organization and why he hasn’t been a part of lockout negotiations. (Editor’s note:  This interview took place before the negotiations broke down Thursday evening.) 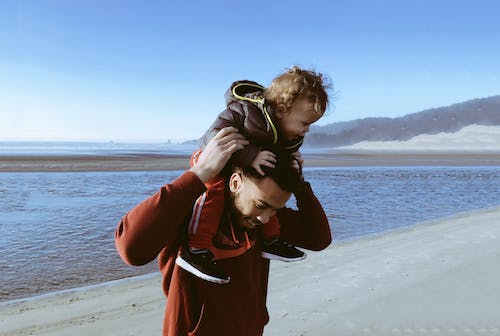 On missing basketball with the NBA mired in a lockout:

“We all miss it. I think hopefully we’re going to get something done soon here. The guys have been meeting the last three days for countless hours and hopefully it’s productive.”

Walk us through how all the first-pitch shenanigans went down:

“To me, I’m not a guy that needs the spotlight or the attention like a lot of the other guys in my job. It was a little awkward for me and a little embarrassing, too, that the whole thing kind of took off. I think the Rangers called me Monday or Tuesday asking me if I would throw out the first pitch. Obviously that’s great, it’s an honor. And I’m a Rangers fan, so it makes perfect sense. That night, they called me back and said Major League Baseball didn’t want me to do it. I understood. It’s fine either way. I don’t really have to. I wasn’t really hurt or anything by it. … Then it just took off with the tweets I got and people were raging at Major League Baseball and it was intense. … Finally, the commissioner of baseball said I’m back. I’m back in it and I guess now I’m throwing out the first pitch on Saturday.”

We saw you at game-clinching ALCS game against Detroit and there’s a picture of you giving Michael Young a fist pump. Was that before his home run?:

“That was before his home run. They say he’s always really, really focused during games and everybody that was sitting there was really shocked that he gave me a fist pump. … I think we already had double-digit runs on the board so I think everybody was kind of a little more relaxed and that was kind of funny. … Then he was pointing at me when he did his lap. That was great.”

How has life changed for you now that you won a championship?:

“I mean, busy, busy is the right word. Really, it kind of took it to a next level, which it’s kind of hard to anticipate that. It’s been really busy, even when I was home in Germany, how many people were participating in me winning. … Everywhere I went this summer it was an absolute melee and chaos and people running. Here in Dallas, obviously, too. It’s been busy, but fun. This is what I always dreamed of and worked for and it’s been everything I always wanted.”

Is it weird with the lockout that it’s hard to interact with a lot of the Mavs family?:

“Yeah, actually that’s really tough. I can’t talk to some of my boys, everybody around the organization that has been really close to me for the last 10, 13 years. That’s been tough and I definitely miss the guys. Hopefully we can get this done and get back to doing what we love to do and be out there and compete. … I’m hopeful, but I don’t know if that’s going to be enough.”

Have you been a part of negotiations at all?:

“I haven’t yet. I was kind of in Germany all summer and back for the last two weeks. If there’s a way for me to do something or fly for the next meeting, if that helps. I think, actually, they’ve got enough guys there that do stuff and get involved, so I haven’t really been to any meetings.”