Did the New York Giants Catch a Break from the Referees Sunday? Antrel Rolle Says No

The New York Giants, after opening the season with a disappointing loss, have rattled off three straight victories to put themselves right in the mix in the NFC East. It certainly hasn’t been easy. They were trailing the Arizona Cardinals by double digits on Sunday but came from behind to win on the road.But few are talking about the game’s outcome today as one play has seemed to overshadow the contest itself. Trailing 27-24 with fewer than three minutes remaining, receiver Victor Cruz made a reception and then went to the ground and dropped the ball to keep the hurry-up offense going. He wasn’t touched on his way down however, and the Cardinals picked the ball up hoping for a fumble. Instead, Cruz was ruled down and the Giants kept the ball and won the game. Antrel Rolle helps explain his view on the ruling in this interview.Antrel Rolle joined PFT Live with Mike Florio to discuss being 3-1, the Victor Cruz fumble, what he’s been taught to do in that situation as a defender, how the Giants shut the Cardinals down late, motivating factors for the Giants, the fact they get to spend a month at home now and why this week’s game against Seattle won’t be a trap game. 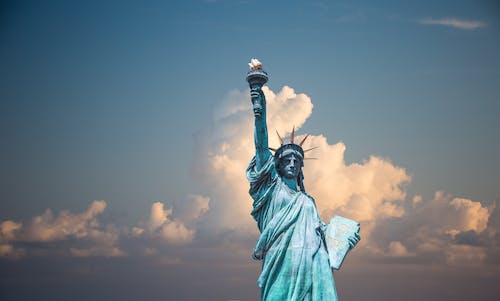 What does it mean to be 3-1 after losing the first game of the season?:

“It feels good. This team is just continuing to climb and climb and I think we’re making extreme progress week-in and week-out.”

Everybody’s talking about the Victor Cruz play, which wasn’t ruled a fumble. What was your take on it?:

“I actually didn’t see the play, didn’t see when he dove down and got back up. I saw him running but I didn’t see him hit the ground. I kind of missed that part of it, but I did see the replays on TV. I wasn’t aware of that rule, but the rule says if a player declares himself down and isn’t trying to complete a process then he’s down. You can’t challenge that call. I think it was a great call by the ref because he clearly shows he’s not trying to run.”

What is a defender taught to do in a situation like that?:

What did you guys do to shut down the Cardinals after they took a 27-17 lead?:

“I think we just had to buckle down and play relentless ball. They definitely got a few more rushing yards than we wanted to allow. … They gave us a dog fight for 60 minutes. The defense, we just tried to play relentless. We came up big at the point in time where we needed to.”

Do you think both your Giants and the Washington Redskins are for real or do you still think there’s a gap there?:

Did you guys find motivation in people overlooking you for the Eagles or Cowboys?:

“We took motivation within ourselves. We know we were faced with a lot of difficulties, a lot of adversity. At the same time, we never doubted ourselves. … We’re playing for each other out there and [Sunday] was a pure example of what our team identifies themselves as. We played great team ball. It might not have been the best game or a perfect game … but at the end of the day we played together.”

How nice will it be to basically be at home now for a month — three home games and a bye?:

“We definitely take things one game at a time here, but we’re full aware of what we have coming up.”

Any worry now about the Seahawks being a trap game since you are 3-1 and they are 1-3?:

“We could care less about what’s on paper. We go and we watch film, we study our opponents and we play every team as if they’re the best team in the league. … Record means nothing in this league. You can get a totally different team week-in and week-out.”