Devin Hester Not Intimidated By New Kickoff Rules: “I don’t care how far they move it back.”

I don’t think anybody is calling it the ‘Devin Hester Rule’, but when the NFL shortened the distance of kickoffs by 5 yards, Hester’s name was immediately mentioned as one of the players that the rule would affect the most. He doesn’t see it that way though, but then again, I’m not sure he quite understands why the rule was instated. According to him, he believes the rule change was made because there have been too many returns for touchdowns in recent years and the league is trying to curb that. No mention of player safety in his explanation.Hester joined WSCR in Chicago to talk about the difficulty of working out during the lockout, how he’s tried to just prepare himself to be ready to get back to work with the Bears at any time, learning Mike Martz’s new offense, whether he thinks the Bears should play in the Hall of Fame Game in early August, how appreciative he is for the great work his blockers do for him on kickoff and punt returns, and how he doesn’t think the new rules on kickoffs will slow him down. 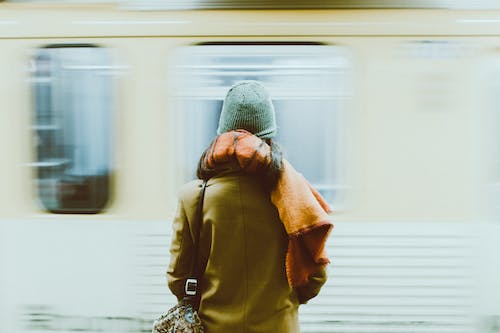 If it’s in any way harder to get in good workouts individually rather than in a team setting at OTAs or mini-camps:

“No, just trying to maintain. Just trying to keep in shape, because the way the system’s going now, we could be in work tomorrow. So you just want to make sure that you’re ready so when that phone call comes, you’re ready to go.”

If he agrees with some of his teammates who have stated that they don’t want to play the Hall of Fame Game on August 7th if they don’t get in to training camp on time:

“I really didn’t think that far down the line. I’m just the type of guy…I’m preparing myself for whenever the time comes, I want to make sure I’m ready to go. That’s basically my whole mentality and my mindset.”

If he thinks the lockout has been particularly hard on the Bears who could have benefited from the extra time around coaches as they adjust to new schemes:

“Right, it definitely is hard, especially for us coming off a new system, a new offense. You feel like you’re really starting to get into a rhythm and understand the offense and stuff like that, and then to have this down fall. It kind of sets you back a little bit, but at the same time, you want to make sure you find a way to do it on your own and kind of brush up on the things you learned the past year and try to learn from it.”

On what he thinks it takes for the Bears to get over the hump and get back to and win the Super Bowl:

“It’s tough even making it to the playoffs in the NFL, that’s not an easy thing. My first year in the NFL we went all the way to the Super Bowl, and then this past year we were one game away from the Super Bowl. The biggest thing is making sure all the players are healthy when the playoffs come around, and making sure at that time everybody’s on their toes and we’re mentally sound and eliminating a lot of the mistakes we were making during the regular season.”

On his appreciative comments about the great work his blockers do for him on returns:

“Yeah, I’m not an individual type athlete, and what I mean by that is I always give credit when credit is earned, when credit is deserved. And deep down inside I know those returns wouldn’t have happend without my teammates, and at the end of the day I give them all the credit. That’s the type of guy I am.”

On what he thinks of the new kickoff rules and how his game might affected by it:

“It’s just a rule that came you know, and they’re saying that kickoffs and punt returns have increased over the years. You know, where you have a guy that may run one or two kickoff returns a whole season, and now you have guys running three or four. And you have like 8 to 10 guys in the league that are doing it. I guess what they’re saying is it’s easier than it was in the early ’90s, late ’80s. So they’re trying to, I don’t know, find a way to make it a little harder on us. But at the end of the day, if you’re built and bred to run back kicks and punts, regardless of how far they move the ball back you’re going to do it. So that’s my mentality, I don’t care how far they move it back.”