Matthew Stafford threw for nearly 10 times more yards last year than he threw for in Sure, that’s a little bit deceiving considering he played just three games during his second year in the league, but the Detroit Lions quarterback followed it up with one of the most prolific seasons in NFL history.His coach, Jim Schwartz, hasn’t really concerned himself with whether he’d like to see Stafford replicate his statistical success. Some think that the Lions will need to be more balanced offensively if they hope to make the playoffs and exceed their accomplishments from last year. Schwartz simply wants to keep scoring points.Jim Schwartz joined WXYT in Detroit with Karsch and Anderson to discuss two recently acquired cornerbacks, why he’s not comparing this year’s team to last year’s, the excitement surrounding the team, the middle of the defense as a strength and why he doesn’t care about balance on offense. 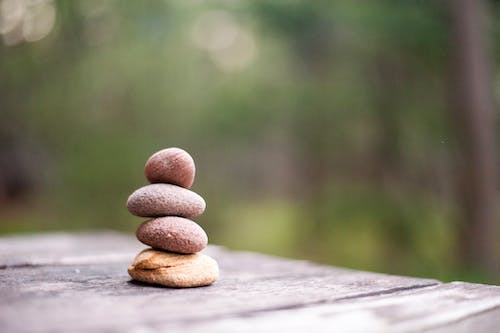 You’ve acquired cornerbacks Kevin Barnes and Drayton Florence recently. What are the plans for them?:

“Each guy’s a little bit different in a little bit different part of their career. Barnes was a third-round pick about three years ago from the University of Maryland. He’s 6-foot, 6-foot-1, 190 pounds, can really run. He’s played the nickel. He’s a young veteran and we liked his talent. … He can fill a lot of different roles. He fits the profile that we’re looking for. Drayton’s a little bit different. He’s a 10-year vet, or a nine-year vet. He’s played a lot of football. He started for San Diego, went to Jacksonville. He’s had a really good, I don’t want to say resurrection, but he did a really nice job at Buffalo, went to Denver and things didn’t work out for him there. … We want to try to make ourselves deeper, but more resistant to injuries.”

Why do you think this team is better than last year, particularly on defense?:

“I’ve never really compared it to last year. Every year is different. Last year doesn’t mean anything now, good or bad. It has nothing to do with whether we’re going to be successful this year, so we try not to fall into that sort of thing. … I think that falls right into the same thing as when the schedule comes out. Everyone likes to make a couple days of penciling in wins and losses. … I think that it’s easy to fall into traps, so we try not to judge ourselves on what we did last year.”

Is there a part of this team that you can’t wait to see when things kick off on Sunday?:

“We’re very excited about the team. I think that we for sure feel good about our team. I don’t really want to get into the specifics of things that we like better or anything like that. I’ll just leave it there. We like this team, but let’s not get ahead of ourselves. We need to win football games.”

Do you feel like you’ll have more productive seasons from guys like Ndamukong Suh and Nick Fairley?:

“We need to be strong up front. We’ve devoted a lot of resources on our defensive line, from draft picks to salary, franchise tags, different things like that. The middle of our defense is not just our defensive tackles. It’s middle linebacker, the safety, a lot of things that go on. Even our outside linebackers are technically inside linebackers the way we play our defensive ends. … We have some really good players there. … We can put a lot of different guys in there and keep them fresh. That’s very important to us, not only in the run game but also in the pass game, to be able to push the pocket and keep pressure in the face of the quarterback.”

Would you like to see another 5,000-yard passing season from Matthew Stafford or maybe a little more balance?:

“Whatever it takes to win. Every week’s going to be a little bit different. We certainly don’t aspire to be balanced. We aspire to put the ball in the end zone. However that happens, you don’t get any more points for rushing it over than you do for passing it over. … We try to judge ourselves on wins and losses and, on offense, on points that we’re putting on the board. That being said, we have a lot of different parts on offense. … I think it’s important that if an opponent tries to take away one part of our skill set on offense, that we have the ability to make them pay in another place, and run game is one of those areas.”