Despite an Offseason Makeover, Norv Turner Thinks the Chargers Have Plenty of Weapons

For the last couple of years, the San Diego Chargers have been one of the most talented teams in the NFL and one of the most dangerous offenses in the league as well. Despite their immense talent level, the Chargers still continue to find ways to come up short in the playoffs. Heading into 2010 there are once again high expectations for the Bolts, but the team looks a lot different as training camp has opened. LaDainian Tomlinson and Antonio Cromartie are both in New York. Marcus McNeill, Vincent Jackson, and Shawne Merriman are all absent and in the midst of contract squabbles. The Chargers have players ready to step up and made some good additions in the offseason as well and there’s no question that the Chargers once again look like the favorites to win the AFC West, but if the Bolts want to compete for a Super Bowl and finally take that next step, they are going to need to find a way to get some of their best players on the field.Norv Turner joined XX Sports Radio in San Diego with Scott and BR to talk about the absence of Vincent Jackson, how important it was to sign Ryan Mathews, and how he plans on generating a pass-rush without Shawne Merriman. 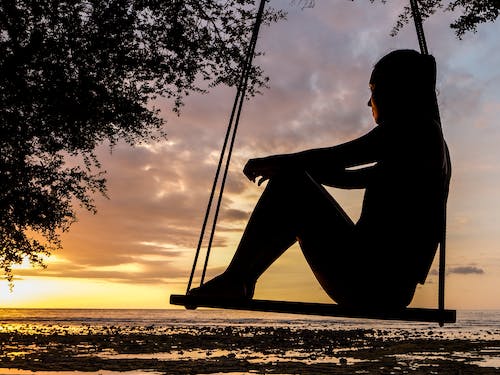 On Vincent Jackson being absent and how that affects the offense:

“First of all, you’re trying to put together the best team that you can put. I know people tend to think of me as an offensive guy, a passing game guy, or whatever, but really right now my thoughts are what’s best for the entire football team and what do we have to do to be the most complete football team that we can be? Obviously the guys who are not here are proven players, they can be outstanding for us, but they’re not here. There was a time that Vincent wasn’t a proven player, he was a young guy trying to make his way and establish himself. About where Legedu Naanee is and Buster Davis is. Both those guys are outstanding. They’ve really gotten off to a good start in camp. What we’re going to do is we’re going to take advantage of the guys that are here. The thing that is funny to me is because of the distractions of the guys who aren’t here people really don’t know who is here. Randy McMichael I think is gonna add a really nice wrinkle to our offense. He’s gonna help (Antonio) Gates. He’s an outstanding receiver and we have a group now where we have three tight ends in the game at the same time. You keep looking for different ways to be productive on offense and we have enough players. I would love to have Vincent here. If he’s not here, we have plenty enough players. We led the AFC in scoring last year. What we would really like to do is lead the league in scoring.”

On getting Ryan Mathews signed:

“It helps getting Ryan in because he needs work and I think it’s good for the offensive line to see a guy like him in the backfield and what he can do. He made two or three cuts yesterday and has great vision. The offensive linemen know that a guy like that makes you better. (Mike) Tolbert is off to a great start playing running back and we’re gonna use those two guys on first and second down a little bit like a few years ago with L.T. and Michael Turner. I think it’s a good mix and obviously (Darren) Sproles is Sproles. He looks as good as he’s ever looked. I’m not worried about enough guys offensively to go out, be productive, and do the things that we’ve done. You go to camp to perfect the things you’re doing.”

On who will generate a pass-rush in the absence of Shawne Merriman:

“Obviously Larry English has made great strides from year one and I think we can get good pressure from inside. I think our young defensive lineman are a year older and have been around now. One of the things that we have to continue to do and I think everyone in the league is looking at this and saying hey, quarterbacks throw the ball so quickly now that you’re not going to get to them with a base rush or a four-man rush or counting on somebody beating somebody. A lot of it comes down to scheme. We’ve looked hard at ways to put pressure on the quarterback. Ultimately you have to win one on one matchups and we know Shawne Merriman is capable of doing that. We have some others that I hope can step up and do the same thing.”