Despite a Midseason Collapse, Matt Schaub is Confident Heading into 2010
by Chris Fedor

After 8 games, the Texans were 5-3 and primed for their first playoff spot in franchise history.  People in Houston were excited.  They had a quarterback playing at a Pro Bowl level and they have one of the best receivers in the NFL.  However, things took a turn for the worse in Houston.  The Texans dropped four straight games after their excellent start and really lost control of their playoff destiny.  At 5-7 and after some last second losses that were made even more difficult by the way they lost the games, the Texans were looking for answers.  At that point, they had one thing to play for really.  While they still had an outside shot at a playoff spot in the whacky AFC, they were playing to capture the franchise’s first ever season with a winning record.  At 5-7, some teams could’ve lost interest and planned for an early vacation, but to their credit, the Texans continued to fight and finished the season with four straight wins to capture their first ever winning season.The Texans certainly had a mid-season collapse that can’t be ignored and that probably still stings.  The mid season collapse cost them their first ever playoff spot in franchise history, but four straight wins to finish 9-7 probably saved Gary Kubiak’s job and it will give the Texans some hope and some confidence moving into Matt Schaub joined KILT in Houston with Marc and John to talk about the ups and downs of the season, what he was doing during the afternoon games, finishing the season on a four game winning streak, and how much confidence he has in the team. 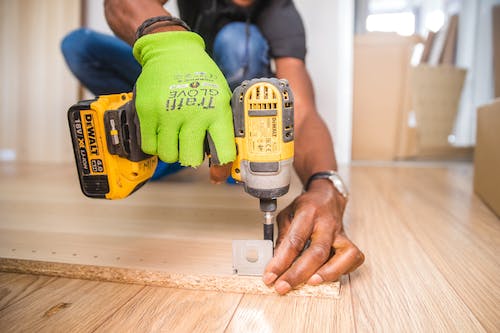 On not controlling their own destiny:

“It is a helpless feeling, I was anxious, I wasn’t necessarily pacing around cause I was just settled into my couch and putting my feet up and relaxing a little bit.  But I was pretty anxious, getting pretty excited, hoping the two of them would win and we wouldn’t have to wait until the night game, but the Raiders just fell a little short.  The Ravens were just running the ball up and down the field on them.”

On what they were looking to prove:

“I wanted to prove that I could go out and play for the whole season, be productive and lead our team to a productive and successful season.  Obviously our goal was to make the playoffs and we fell yards short of that, but just to go out and prove I’m the leader of this team and I am the guy who can get this done at the quarterback position for this franchise.”

On teammates having confidence in him:

“A little bit I guess.  I think it’s more about the overall confidence we have as a team. Through the course of the season and some of the games we played, comebacks we’ve had, road wins.  We turned it around this year and were a very productive road football team.  When you can match that up with a good home record, you are going to do some good things in this business.  The way we went about things, I think it’s just an overall confidence with our team both offensively and defensively and we have confidence in each other.  Our defense played huge this year for us and they won a number of big games for us this year and gave us lots of confidence as a team.”

On some big throws in the comeback against New England:

“We had some receivers who were really working for me. T here was the one to Kevin (Walter) where I got out to the sideline and threw back to the middle and he worked back to the ball…He’s one guy I know if there is a defender near him, he is going to come back to fight for the football and he is going to end up with it before it is all said and done. Those guys up front protected, the defense was bringing some guys and giving us some different looks and bringing different guys, and they held up and played extremely well by giving me time and letting me make some of those throws, especially that 3rdand 15 to Jacoby(Jones) down the middle there, that’s his longer developing route and they gave me ample time to step up and make the throw.”

“Yeah it does a lot for our team.  To be in the position we were after the Jacksonville game, sitting at 5-7 after a bunch of tough loses in our division, we had 4 games left and we just said we were going to get this thing done and we really rallied around each other as a team.  To finish off 4-0, in our last four really did a lot for us as a football team into the offseason and into next year.  Our confidence will be extremely high, we know what we can do when we play good football and we’ve been able to do that down the stretch this year.  Going to St. Louis and winning a game in a tough environment, to play against a team who has a record that isn’t that good and we struggled but found a way to win.  Then we went to Miami and won an elimination type game.  Then the same thing here against New England, winning at home to finish our season.  So we have a lot of confidence going into the offseason, we need to build on what we did here at the end and next year we need to make sure we realize how close we were and make sure it isn’t that close.”