Derrick Mason: “I think the meat and potatoes of the agreement are there….But this deal is too big to do electronically.”
by Michael Bean

Here’s Baltimore Ravens wide receiver and player rep Derrick Mason with an update and commentary on the NFL Lockout situation. Sounds like there’s nothing in the new proposal that’s unacceptable to the players necessarily, but also that they’re collectively going to take the necessary time to make sure all 1,900 players are fully aware of all the issues at stake, including whether or not to recertify as a union.Mason joined 105.7 The Fan in Baltimore to talk about what happened Thursday evening after the owners announced they had agreed to a new proposal, why he thinks it’s more the media’s fault than anything for the confusion last night, whether there’s anything in the new proposal that he feels could derail the momentum in the negotiations, if he thinks a new deal might be reached on Friday, and the issue of recertification as a union and how the players are going to take it very seriously and try to meet as a group in person to discuss rather than voting electronically. 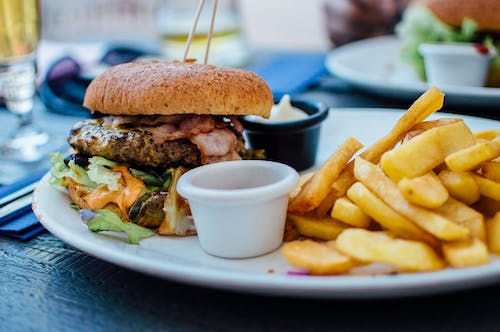 On what happened after the owners press conference last evening:

“Well when they finally decided that they would all agree to a proposal, they came out and said ‘we’ve agreed to a proposal’, everybody assumed that we had their proposal and had agreed upon it. So they figured, the owners agreed, the players should be voting in the next hour, hour and a half, two hours. But that was not the case. At the time of our conference call, we did not receive a proposal from the league. So we just talked about what was going and a lot of guys had questions about why we didn’t have a proposal yet, why would the media say that we had a proposal. So guys were just concerned about that. But after the conference call, D had received the proposal and he and his lawyers looked it over last night, and I would be safe to say that they are continuing to look it over this morning and hopefully be able to make a recommendation later to us about what we should do. And we’ll go from there.”

If he feels like the owners were making a PR ploy by going out in front of the media yesterday with their announcement:

Sounds like he’s giving Goodell a pass for what the hosts perceived to be misleading comments to the media:

Whether there’s anything in the new proposal from the owners that has the potential to derail the negotiations process:

“I think the meat and potatoes of the agreement, the parameters of the agreement, are there. They’re to the satisfaction of both sides. Obviously there are some things here back and forth, but I don’t think there are things in their agreement that are going to stop or make us say no we’re not going to take this agreement. You know, every agreement has something you don’t like or you want to change, but I think for the most part, the bulk of it we like at the time they sent it the first time. And I’m pretty sure D got it back now and if nothings’ been changed, that’s a deal we can possibly work with. Like I said, there’s always going to be things in there that you want to change, but I don’t think it’s enough to hold up or stop the momentum we have going now.”

If he thinks a deal might be reached on Friday:

“I don’t know. I hope that a deal can get done today, but we’re not backing into some sort of time constraint for us. We don’t have a window that says we need to get a deal done before X number of days so we can get back on the deal. No, whenever we decide the deal is good for us, that’s when we’re going to vote for it. We’re not going to say ‘well, we’ve got two days, three days.’ No, if the deal is right, then we’ll vote on it and go from there.”

On the issue of recertification and what needs to happen with that in order for a deal to get done:

“Listen, when we decertified as a group, we took it very seriously, and we explained to every guy — at least the Baltimore Ravens did — we explained to every individual guy the reason why we were thinking about decertifying. And we wanted to make sure they knew everything, and we wanted to make sure they took it seriously when we decertified. Now it’s going to be the same process to reconstitute as a union. We’re going to make sure guys understand why we’re doing it and take this very seriously. We can’t just say ‘oh we are reconstituting as a union.’ No, we can’t do that. The owners will call our bluff on that a million times. No, we’ve got to take this thing very seriously. 1900 guys have to vote to reconstitute if we decide to do that, and will take some time. If in fact we’ve got to send calls out to guys and get guys all in a group, that’s going to take some time. So it can take a few days, a few weeks, or they can make it so that all the guys are all in one area and we can explain to the guys what are the pros and what are the cons to reconstituting and then we can reconstitute as a union, which depends on whether we can come back to work or not.”

On the players wanting to get together physically rather than voting electronically:

“Yeah because that is the smart way to do it. And I don’t want to make it seem as if I’m bashing the owners or we’re taking it about face and running the other way and saying we’re not going to make a deal because of this. What I’m saying is that you have 1900 players, the owners cannot force us to reconstitute as a union. That’s unlawful; they just can’t do it. We took it very seriously to decertify, and we’re going to take that same approach if we decided to reconstitute. So we have to get in front of 1900 guys. I would feel more comfortable being in front of my guys explaining  to them why or why we don’t need to reconstitute, and explain to them the potential new CBA so guys can understand. This deal is too big to do electronically, so we need to be in front of our guys to explain to them the pros and the cons of reconstituting.”