It’s been two months since Derrick Mason started some fireworks over the air waves with his weekly spot on The Norris and Davis Show heard on 105.7 The Fan in Baltimore, but the Ravens wideout did not disappoint in this latest installment. As there has been encouraging banter between both the owners and players in the current collective bargaining negotiations the fact of the matter is that the NFL still doesn’t have a new agreement chiseled out to put NFL fans at ease. To pass the time during the lockout, which seems like it has been an eternity, the NFL Network has concocted a Top 100 Players List to ignite some fan excitement during these dark times for the NFL. 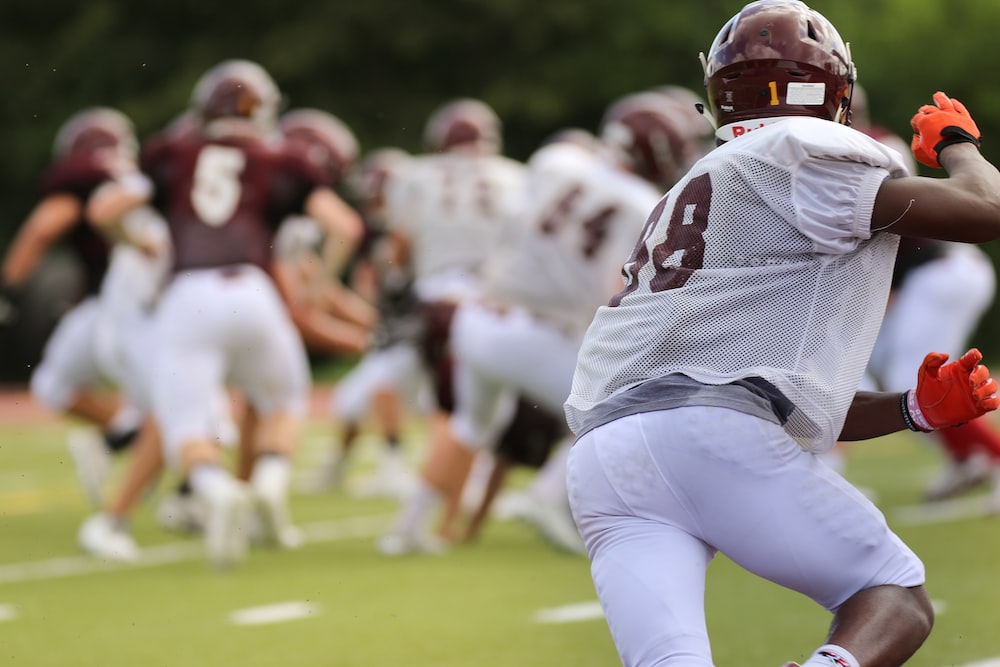 Who better to ask their opinion on who may be the best player in the NFL than Derrick Mason?

Who could forget Mason blasting Roger Goodell claiming “He’s a joke” for not getting a new CBA deal done in April? Mason wasn’t shy about his take on Peyton Manning being the number one player in the NFL in terms of how valuable he is to his franchise even taking a shot at Tom Brady, which you’ll come across in the following interview. Number eighty-five also reveals who would be ranked higher out of Ray Lewis or Ed Reed and who indeed is the best cornerback he’s faced in the NFL right now. Derrick Mason joined 105.7 The Fan in Baltimore on The Norris and Davis Show to discuss his perception of the NFL lockout in terms of the owners and players not showing enough of a sense of urgency to get a new collective bargaining deal completed at this point in time, the Baltimore Ravens cancelling training camp in Westminster, MD, being involved in the ranking of the NFL Network’s Top 100 Players List, who he believes is the best player in the NFL, who he would rank higher Ray Lewis or Ed Reed and the best cornerback he’s faced in the NFL.

I gotta say though do you understand why the public seems to believe there is no sense of urgency between the players and owners to get a new collective bargaining deal done? September 11th and the start of the NFL season is right around the corner?

“I think there is a sense of urgency. I think they have been in the room for hours-and-hours trying to work a deal out, but who’s going to be in a room seven days? You know 24 hours, 7 days a week? No one is going to be in the room trying to work on a deal like that. Like I said you try to hammer it out as long as possible and then you take a break and regroup to look over things and then you get back to the table hopefully with a fresh idea or seeing it from a different point of view. They are trying to work a deal out. They are trying to do the best that they can, so we don’t want the fans to think these guys aren’t in the room trying to work out a deal because they are. They are spending countless hours in a room and once they’re out of the room they’re still spending hours together to figure out what’s the best way to get something done.”

“I think the biggest thing we lose is not allowing the fans to come out and really be a part of that experience, the two-a-day experience, getting to see their favorite player, favorite team, out there practicing every day, getting autographs, getting pictures, connecting with the players. I think that’s the most important thing you are going to miss. For the players I think the plus for us going back is to be in a familiar area, not having to go from your hotel drive to the field and go through that whole hassle where if we walk right out of the building we are at the field. That’s probably the biggest plus for us is being familiar with our grounds. The biggest minus is not being able to interact with our fans and allow the fans out there to come out there and play because for some of them [Ravens fans] that’s the only opportunity they are going to get to see us, especially that close. That’s why we were initially going out there. That’s why Mr.[Steve] Bisciotti goes out there because it gives the fans an opportunity to those who can’t make the games, so they can get really up close and get autographs.”

What about this NFL Network Top 100 Players List? Where you a part of this? How did it happen?

“Yeah I was. I don’t think I ranked all 100 players. I think I ranked maybe 20 guys and that was it because I wasn’t sitting down there and ranking 100 guys. I don’t even know all 100 guys to sit down and rank them, so I ranked maybe 20 of them. When you look at the rankings and you look at the importance of a player is this: not the type of season that he had, one seasons or two seasons that he had, it’s what player do I kick off a team and it changes that team dramatically? I only know one player and it’s Peyton Manning. You take Tom Brady off New England they showed that they can go 11-5. Now you take Peyton Manning off the Colts I don’t know where that teams goes offensively. Another guy I look at and say it changes the scope of what they do is a guy like Ed Reed. You take Ed Reed off of our defense not to say I don’t think the defense would be good, we’re good, because we have good players, but if you take him off the back end it changes us somewhat and it showed last year. Once you insert him [Ed Reed] we’re back to…quarterbacks are scared to throw the ball deep down the field, so when you looking at ranking guys you rank them like that. You don’t want to just rank them because they had a good season or a one-thousand yard season. You rank them as if I took this player off this team or away from this side of the ball what does it do for that team? Do they get better? Do they get worse? The only person I know, two people really, is Peyton Manning and Ed Reed.

Who do you pick as the best player in the NFL? Who would you rank higher Ray Lewis or Ed Reed? Who do you think the NFL would rank higher if you want to dodge the question somehow?

“I think if I’m ranking right now who’s a top player like I said I think it’s Peyton Manning. Hands down it is Peyton Manning. If you look at our team they [NFL Network] would rank Ray Lewis ahead of Ed Reed just because of the body of work he has put together over the last 15 years. Ed does make a strong case to be ranked a little higher, but if I’m looking at it I’m looking at the body of work and I believe they [NFL Network] will rank Ray Lewis ahead of Ed Reed. Now if it goes the other way I wouldn’t be surprised. I wouldn’t fight it either way, but I just think if you are looking at guys around the league, that respect factor, not to say they don’t need to have that respect factor for Ed, but I think the longevity and the body of work over the course of 15 years that Ray has put together. I think they will rank him higher.”