At 35 years old and 14 seasons into his career, Derek Jeter had one of the best all-around seasons of his career in leading the New York Yankees to their 27th World Series championship and first in nine years (his fifth ring). Not only did Jeter hit .334 with an .871 OPS, but the often-maligned defensive player (by sabermetricians at least), put together a better-than-average defensive season at one of the most critical positions on the field.It will be very difficult to maintain that level of play as he ages, but it may not matter much as the Yankees have assembled another great squad that is sure to contend for a title. What will matter most to Yankee fans is if, for how long, for how much and at what position Jeter comes back to the team after his contract expires at the end of the year. While he is not discussing his contract at this point, the questions about his age and position are appropriate.Derek Jeter joined Mike Francesa of WFAN in New York to discuss how age affects him, how long he can to play shortstop, how last year’s team was different than previous, and the new Yankee Stadium. 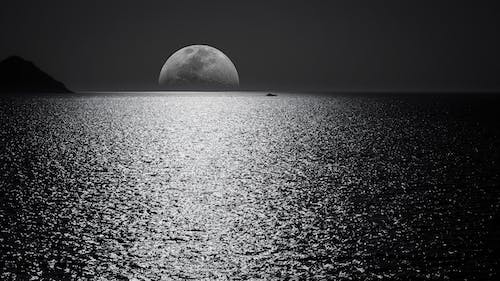 On whether he can be the first elite offensive shortstop to spend his entire career at the position:

“If you say no one has ever done it, then it’s about time someone does. My goal is to play this season. I don’t sit around and think about where I’m going to be playing or what I am going to be doing 6 or 7 years from now. I never sit here and try to project what is going to happen. My entire career I have gone one year at a time and try to help the team win that year. I’m not a fortune teller.”

On concessions made to age and his preparation for the season:

“I go to sleep a lot earlier. You work hard and have to make adjustments. I am one for if anyone has any advice that I can improve that I will do it because the better I play the better the team is. I’ve never shied away from making adjustments and I will probably make more during the year. I feel good. I work real hard at moving around a lot better and strengthening my legs. My whole thing is, I just want to healthy. Last year I felt pretty good the entire season. If you work hard and make adjustments from year-to-year, it pays off.”

On how last year was different:

“We pitched. Bottom line. I’ve been saying it for years. Everyone looks at me like they are tired of what I am saying. If you have guys that go out there and throw the ball well you have a chance to win every day – especially in the post-season because there are not a lot of high scoring games. Our pitching staff was unbelievable. We scored a lot of runs. We hit well. But bottom line is that our pitching carried us.”

On playing in the new Yankee Stadium:

“I loved it. At the beginning of the season, players and fans, everyone came to see the new stadium. Maybe a month or two into the season, the fans came to watch the team and the players focused on playing. It’s like a new house. It took us a little while to get adjusted to it, but I don’t have any complaints. It was pretty much the same. They did a good job of replicating the old stadium. They said they were going to try to make it – at least with field conditions – as close to the old stadium as possible and they did a great job. (Asked if his fly balls had extra carry that turned into homeruns:) Maybe 1 or 2. I don’t think there were any that I just popped up and went out.”

And on Hideki Matsui:

“Matsui, he’s one of my favorite teammates that I’ve ever had. He comes here. He’s professional. He works hard. He never makes any excuses. He comes up big. You always hear the term professional hitter and that’s what he is. He moves guys over. He understands his job. We are going to miss him. He does all the little things. He was someone I really enjoyed playing with. I’m sure Anaheim is going to love him.”