Derek Dooley Has A Rocky Path to the Top

After two years of fumbling and bumbling its football program into SEC irrelevance with bad and worse coaching decisions, the Tennessee administration hope first-year head coach Derek Dooley can put a stop to the madness.  Dooley will make his Neyland Stadium debut this Saturday night against UT-Martin after spending the last three seasons as head coach at Louisiana Tech.  Initially, Tennessee fans were upset with the hire because his only head coaching experience prior to Tennessee had been at Louisiana Tech and that he had a losing record of.  But it didn’t take long for them to realize Dooley is a better fit in Knoxville than his predecessor, Lane Kiffin, who knew how to make headlines with his ‘all style and no substance’ approach.Dooley, who is the son of legendary UGA coach Vince Dooley, comes with a pedigree that demands respect and even though his head coaching experience is limited he has learned from one of college football’s best coaches, Nick Saban.He was an assistant with Saban for seven years when Saban was at LSU and with the Miami Dolphins.  Tennessee should be patient with Dooley and give him time to recruit because this year they are going to be bad.  They only have a handful of players on their roster with playing experience and have a junior college transfer in Matt Simms starting at quarterback.  Still, Dooley seems to be more about substance than style, and that is sitting well with Vols Nation and the rest of the SEC.Derek Dooley joined 790 the Zone in Atlanta to talk about whether Matt Simms is going to be the starting quarterback, people feeling sorry for him and whether Tennessee’s football season is going to be as bad as people think it will be this year, and his father Vince Dooley saying that he would wear Tennessee orange when they play Georgia. 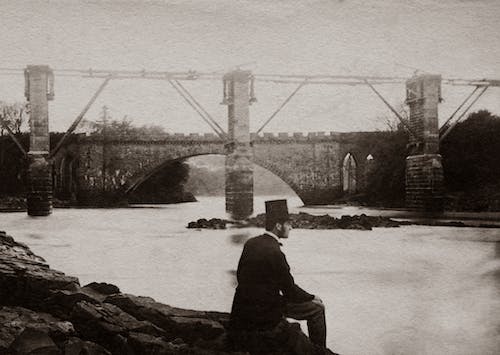 Whether he is relieved that he can now focus on football rather than the off-the-field issues:

“Well we certainly haven’t been short of stories up here.  I felt like it was important we keep things exciting for the fans during the offseason so we did a pretty good job of that and everybody is ready to get started this Saturday.”

Whether Matt Simms is going to be the starting quarterback:

“Yeah Matt has had a real good camp and he has really improved since the day he got here.  He has only been here since January so he is new to the program, he is new to the guys around him but I felt like we have made a tremendous amount of progress over the course of training camp.”

On people feeling sorry for him and whether Tennessee’s football season is going to be as bad as people think it will be this year:

“I don’t know why anybody would feel sorry for me.  I have been real blessed in my life and I have got as good a job anywhere in the country.  Do we have our challenges?  Of course we do.  You look at our 2-Deep and we have 18 freshman on our 2-Deep.  The good news is that we have some good, young, talented freshman.  It will be a lot of fun to watch them grow, but I know out there in that first game it is like anything.  Anytime you do something the first time you never do it as well as you can.  So it will be fun to watch them but we will be holding our breath on a few plays.”

Whether there is open-competition at all of the positions:

“Well yeah they asked me, who has a job?  But we only had about 5 or 6 players returning that had any experience at all out there playing.  Nobody was really entitled to a job and certainly hasn’t done anything to earn it and it is still going to be the case even though we felt like we settled in on our 2-Deep, we don’t know how most of these guys are going to react when they get under the lights because as you know, when the lights come on some guys elevate their game some guys tend to not play as well as they do in practice.”

What the best example he has seen while on campus of the passion for the University of Tennessee football:

How important it was for him to embrace the tradition of Tennessee football:

“It would be important for me to do that no matter where I go.  You know tradition is what links us to the past.  It makes your whole experience special.  You leave a part of it with you and it was important for me to educate our team on a lot of the traditions at Tennessee.  I was surprised at how little they knew about the traditions here.  You take it for granted.  There is so many things that you see all of the time and I saw it as a young child watching Tennessee from the outside but these players have really enjoyed it.  We have embraced a few traditions of the past and we are probably going to start a few of our own.”

On Vince Dooley saying that he would wear Tennessee orange when they play Georgia:

“What is amazing to me is that it surprises people.  Anybody that has children is shocked that a father would pull for his son but that is the beauty of athletics.  It is like everybody’s team is more important than their family.  We have had a lot of fun with it and I am amazed at how interested everybody is in what my parents will wear on game day.  I guess that is what makes college football special.”