Derek Anderson Is Happy to be Out of Cleveland

Once Kurt Warner retired, everyone thought that Matt Leinart would be the heir apparent at quarterback for the Cardinals.  However, “Hollywood” hasn’t really shown the ability to be a capable NFL starting quarterback just yet, so the Cards needed an insurance policy.  Enter Derek Anderson, who was released by the Browns because of his bulky contract.  DA has a rocket for an arm, but has struggled to duplicate the kind of performance that he had when he was a Pro Bowler and led the Browns to 10 wins.  However, in the right role, there is a place for Anderson in this league and Arizona may be the perfect for him.  Anderson and the Browns fans didn’t really have a very good relationship.  In fact after leading the team to a 10-win season, the most wins the team has had since they came back people wanted to trade him away and turn things over the Brady Quinn.  Then when he was lying on the ground in pain, some fans, not all of them, but some fans were cheering the fact that he was hurt.  A change of scenery and a new NFL-caliber supporting cast may be exactly what Derek Anderson needs.  Matt Leinart is the starting quarterback for the Cardinals, but having a young player just getting in the prime of his career, with a Pro Bowl already attached to his NFL resume, serving as his backup can’t be a bad thing in the desert.Derek Anderson joined KTAR in Phoenix with Gambo and Ash to talk about what led him to the decision to pick Arizona, what went wrong in Cleveland, how he feels about playing with Larry Fitzgerald, and whether or not he is going to Arizona to be the starter. 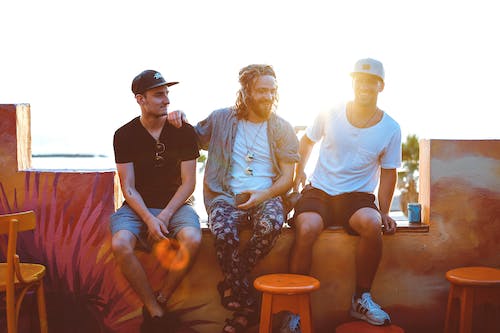 On whether or not it was weird the last year and a half in Cleveland:

“To say the least.  It was a little bit frustrating at times, but I’m happy about a new opportunity, a new organization and new teammates.”

On what went wrong in Cleveland:

“A lot of different things.  You can say it’s one thing or another but the facts are we didn’t play well.  We had a lot of change and it was kinda hard.  You kinda stick with the same guys over time and let everybody progress.  It didn’t exactly happen.  I’m just happy that I’m out of there and headed to Arizona.”

On not having the kind of weapons at wide receiver that he had in 2007:

“Yeah.  Braylon (Edwards) played really well at times and he’s a really good receiver.  Obviously we traded him going into this last year and started with two rookie receivers that have  a lot to learn, but I think are going to be good players in this league in time.  That was obviously an issue for us this last year.  It was a struggle but when Braylon was rolling and Kellen (Winslow) was rolling, we were tough to stop.”

On getting to play with Larry Fitzgerald, Steve Breaston, and Early Doucet:

“Yeah.  Obviously Larry being one of those guys, I was telling someone the other day, just a guy you watch on tape, you would love to throw to, and kinda get the ball anywhere around his body.  He has such great body control and great hands.  He can make some amazing plays.”

On why he chose to go to Arizona:

“I just got a really good feel.  Coaching staff was awesome and I had a great meeting with them last week.  They made it clear what the situation was going to be.  I was looking to try and get back on the West Coast a little closer to home and obviously the weather doesn’t suck down there so I was kinda excited about that too.”

On whether or not he was told he would start:

“No.  Coach said I would come in as the backup and it’s my job to push Matt and make Matt better.  I know Matt a little bit from when we were younger.  I wanna come in and compete.  That’s what I always do coming into training camp and OTA’s.  That’s kinda always been my mindset.”

On what he thought about Brady Quinn being traded:

“Yeah, it was a little weird.  I just talked to him the night before too which was kinda funny.  I think that will be good for him.  Change will be good.  Just get out of there and start over in a new place.”

On the comments that he made about Cleveland fans:

“There were some hard feelings.  Like I said, it maybe shouldn’t have been said.  It’s probably the initial feelings, but I know it’s not everybody and I understand that.  Probably the feelings were mutual going both ways.  I’m alright with it, but I’m happy to move on and start in a new city.  I’ve heard nothing but good things about Arizona and their fans.”