Another city, another quarterback controversy involving Derek Anderson.When the Arizona Cardinals acquired Anderson in the offseason, most assumed it was to have a former starter in camp to keep the pressure on Matt Leinart and to be there if Leinart was injured or couldn’t get the job done. All along the way, the job seemed to be Leinart’s, a former USC signal-caller who started at one point for the Cardinals but has been backing up Kurt Warner the past few seasonsInstead, heading into the late stages of the NFL preseason, it appears Anderson may be the guy for the two-time reigning NFC West champs. Anderson started the last preseason game against Chicago and played well enough that it appears he’ll start again whether Leinart likes it or not.Derek Anderson joined XTRA Sports 910 in Phoenix with Bickley and MJ to discuss outbattling Matt Leinart for the starting gig, his determination to get back to playing at a Pro Bowl level, what he was told about competing for the job when he signed with Arizona, how he’s fine-tuned his mechanics, how he’s taken over the huddle, what he thought when he was told he would start against Chicago, his weaknesses as a quarterback, Leinart’s comments that he’s outplayed his competition and how quarterback controversies seem to follow him. 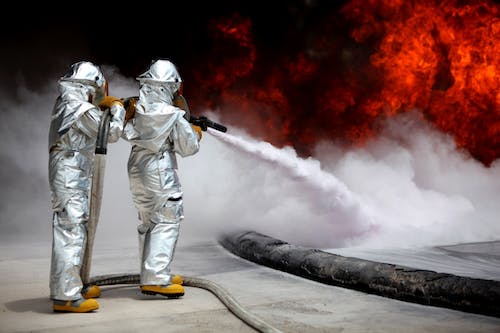 On outbattling Leinart for the starting spot:

“I’ve gone through a couple of disappointing seasons in Cleveland the past couple years. Coming here, it was kind of a new, fresh start for me and I was excited about it. I just try to keep progressing every single day and keep learning and doing the things that they ask me to do. I think, so far, I’ve had a pretty good camp.”

On his determination to get back to the Pro Bowl level he was at in:

“I know that I can play in this league and do those things that I did in and it wasn’t just a one-year deal. I think it’s just more, not just for me, but everybody else, is just to show them that I can. I think that’s kind of what’s been kind of pushing me and obviously coming here and getting a fresh start has been awesome.”

On what he was told about possible competition when he signed:

“I think that was kind of one of the biggest things when it came down to it, they said I could come in and push Matt and just see what happens. That was kind of the starting point. Obviously having the receivers that we have and the athletes we have in our locker room and a team that was a couple years out of the Super Bowl was an exciting factor for me.”

On what his thoughts were when he was told he would start against Chicago:

“Obviously I’ve been in that situation before and I was excited about it, but it’s an opportunity to go out and show what you can do. That’s something that’s all I really asked for when I got there, was the chance to compete and play. It was exciting, but I didn’t look anything passed what it was.”

On his weakness, particularly inaccurate throws and interceptions:

“Every year, at the end of the year, I go back and look at what happened and why things went. You can’t obviously put all the blame on one guy. It’s not always on me, it’s not always on a receiver. I make bad decisions, sometimes make throws into coverage I have no business throwing. But I think, over time, I’m learning. I’m still generally young, but I’m learning.”

On what he thought when he heard Matt Leinart say he had outplayed his competitors during camp:

“I have nothing really to say about that. I’m going to come out [each day] and get better and I’m focused on that and what I can do to help this team. If it’s the backup quarterback, it’s the backup quarterback. If it’s playing, it’s playing. That’s kind of the mindset I’ve kind of taken when I got here from the beginning, just focus on myself getting better and see what happens.”

On quarterback controversies following him where he goes: