The Denver Broncos pulled off an incredible comeback this past Sunday in the final minutes of their Week 7 win over Miami. Obviously Tim Tebow received a lot of attention and accolades for leading that charge. The late-game heroics shouldn’t distract fans entirely from remembering the bevy of complete mis-throws and blunders Tebow had in the first 55 minutes of that game.I’m sure somebody with more time on their hands can go through the film and count the number of times Tebow missed a wide-open receiver. I know this, it was noticeable, and at times comical. Broncos tight end Daniel Fells, who caught the touchdown that set up the game-tying two-point conversion, says those missed throws are just a matter of Tebow needing a little more time to work with the first-team offense. We shall see. Denver hosts Detroit this weekend.Daniel Fells joined 102.3 The Ticket in Denver with Les and JoJo to discuss the Broncos’ shocking comeback over the Dolphins in Week 7, how different it is to have Tim Tebow at quarterback, the mentality of playing to the whistle and hustling at all times, what Tebow needs to work on in terms of his passing, the call on the touchdown pass and the upcoming challenge against the Lions. 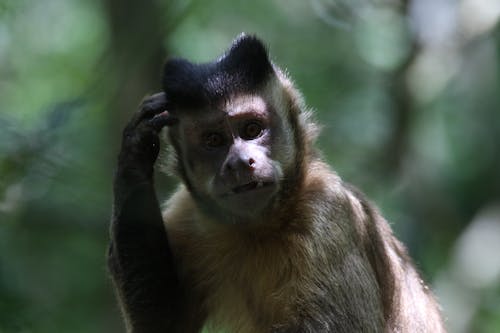 Considering how the first 57 minutes of the game went, were you surprised at the final three?:

“It’s one of those situations where Coach Fox always preaches about believing in what we’re doing. Of course, nothing went our way for the first three quarters, like you said the first 57 minutes. Then, of course, we were able to put some things together and we kept believing in our system and everything worked out.”

How different is it to have Tim Tebow at quarterback and does his mobility make it difficult for you to block?:

“It keeps you on your toes. It’s one of those situations where, when you’re in pass protection for him, he could be right behind you, on the left of you or on the right of you. You just never really know where he’s going to be. The only thing you can do is just give it your all and just keep blocking the guy in front of you.”

Do you have to have the mentality that the play is never over?:

“Yeah, that’s exactly right. Even when you’re running your routes, the play is extended with him back there, so you just keep moving around.”

What do you think Tebow needs to do to improve his passing and his accuracy?:

“I just think he needs a little bit more time. It’s one of those things where you can’t expect him to come in there and just be dead-on accurate after just a couple weeks of working with the starters. Give him some time; he’s going to work at it. He’s the first one to tell you he wishes he had a couple of those throws back. But he’s a competitor, he’s a fighter, he’s a pro, so he’s going to keep working at it.”

How perfect was that playcall on your touchdown catch?:

“We couldn’t have dialed it up any better. Our coaches made a great call on that, expecting that pressure and them probably just forgetting about me on that backside. … They sold it perfectly and I was able to slip out the back end untouched.”

What kind of difficulties do the Detroit Lions present to the Broncos?:

“Well, one of the things for us is we’ve been able to run the ball pretty well. With them and their D-Line up front, they’re going to cause some problems and try to wreak some havoc. But we’re going to stay true to what we like to do. We’re going to have to work a little bit harder this week.”