DeMaurice Smith: “The metrics of the deal they put on the table would have been the worst in the history of sports.”

At this point in time in the ongoing NFL Lockout saga, it’s pretty tough to understand or know what’s going on or what lies ahead. But one good way to get an idea of where things stand is by simply listening to the rhetoric being used by both sides. On the players side, that means hearing from DeMaurice Smith. I must say, after listening to this very lengthy interview with Smith on WFAN late last week, I left feeling more impressed by Smith than I have at any point in this process, and I felt convinced that the players were getting a raw deal from the owners’ clear and present power and money play. 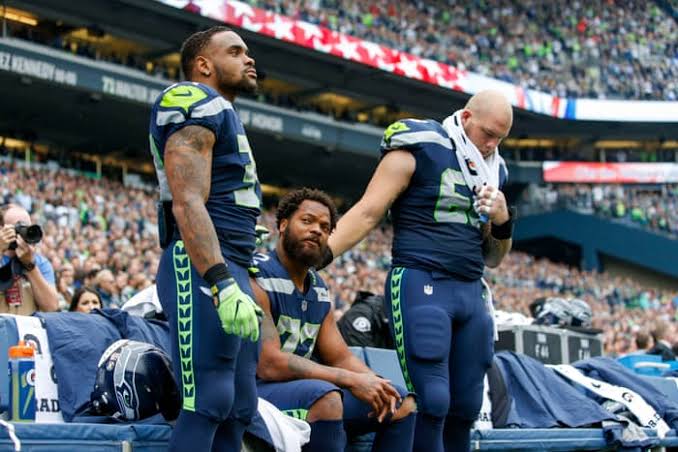 Smith joined Boomer & Carton on WFAN in New York to talk about how many lawsuits there are at the moment, what ruling he expects from the 8th Circuit Court of Appeals, what happens if he the appeals court doesn’t rule in favor of the players as he expects, the specifics of the financials that the owners are trying to take back from the players, how much money the players would be giving up in the first few years of a new deal, if he thinks there’s any sort of schism on the owners’ side in terms of what the desired outcomes are, why it would have been the worst deal in the history of professional sports if the players would have accepted the NFL’s proposal, the astronomical growth of team valuations in recent years, the other ongoing lawsuit concerning television contracts, if he’s concerned about players starting to cave in once they feel the financial strain of the lockout even more severely this summer, and when the last time he spoke with the league about returning to the bargaining table rather than risk losing the season while things drag on in court.

On just how many lawsuits there are ongoing at the current moment:

“There are several. The pivotal ones of course are the players sued to make the owners lift the lockout, because we believe the lockout violates the anti-trust laws.”

On what ruling he expects the 8th circuit court of appeals to hand down in the near future:

“Well if they rule consistent with the law and the facts, they’re going to have to rule in favor of the players.”

What happens if they don’t rule in favor of the players as he expects:

“Then we appeal after that.”

What was the floor of the salary cap, or in other words, what is the minimum amount that teams would be forced to spend on player salaries:

If he thinks there’s a major schism between certain owners like Jerry Jones and owners of teams with fewer resources in smaller markets:

“Boomer, you’ve been through this — I don’t know.  They don’t invite me to the meetings. As far as I know to them, I’m sure I’m a psycho ex-girlfriend. This is the reality of it though. Instead of us trying to figure out where they are or what they want to do, the metrics of the deal that they put on the table would have been the worst deal in the history of sports. Or worse.”

How can he say that when the salary cap has nearly quadrupled in the last decade?

On the inflated valuations of teams over the course of the past decade:

Carton then interrupted, and then interrupted Smith once more to inquire about where that money was being taken away — from rookies, from veterans, guys in their second contract?

“Dude, you ready? It’s money from players to owners. Okay? They also wanted a rookie wage scale that we can talk about at another time, but the money they want back, not only is that money in the first four years, it becomes the gift that keeps on giving. Boomer, when you were playing football, they players shared about 50 percent of all revenue. It’s been that way since about 1986. The day that would have signed the worst deal in the history of sports, it would have dropped us down to about 45 percent. The second year it would have dropped us to about 43 percent. So now you get to a world where players have signed a contract in that has now divorced the players’ share of revenue from the fair share of revenue. By the time you get to a year like players could arguably be getting only 30 percent of the revenue.”

On the other ongoing lawsuit concerning the league and its television contracts:

“Well look, the thing you need to know about how these negotiations went over the last two years is — just dial in on the ruling of the judge on the TV case from just ago. He ruled that the league illegally manipulated the TV contracts, and in some cases made the decision to take less money from the TV networks in order to get a guarantee they get paid from the networks even if the games aren’t played.”

And there argument was they did not negotiate in good faith with their partners the players, correct?

“No. Our argument was under the White settlement agreement, they had an obligation — a fiduciary obligation — to maximize revenue for the players. Because that money they negotiate, that revenue is then split approximately 50-50. The argument was that by not doing that, they violated their obligation to the players. So when you have a judge say that the league broke the law, you have a judge say that they spent more time engaging in contracts to leverage to make the players make a bad deal — the reason that violated the law is beacuse guys like Reggie White, Dave Duerson, Vann McElroy who were part of that class-action in 1993 forged a settlement agreement that the CBA was brought out of.”

If he’s concerned that players are going to start caving in as time goes on as they feel the strain financially from the lockout:

“Well look, where we are right now is a class-action of players, and they are represented by a class of players. When the day comes where a class of those players want to make a decision on how to settle the case, that’s what happens. But the flip side of it was, for the last two years before we decertified, we not only talked about the importance of players staying together and being a man and being a businessman in the business of football. But we also talked about guys like Boomer — guys who paid the price for free agency. Boomer can sit there and tell you all day the number of guys who lost their jobs for leading people in the strike, and the question becomes not whether you’re going to win at the end of the day when you make decisions like that, the question really starts with how long are you going to take less? How long are you going to be lied to, bullied, forced to do things that shouldn’t be done? Why can’t we engage in the types of negotiations between two business partners? Those are the types of questions that are being banded around during the last two years.”

When is the last time he spoke to the league about returning to the bargaining table in fear that the season might get lost if things get dragged out in court for too long:

“With respect to the mediation it’s confidential and we’re going to honor that. What’s important to me, and what’s important during the last two years, while the players were at the table making offer, making proposals , trying to figure out the economics of football, we now know because we’ve seen the league’s internal documents, they’ve said we’re doing because we want to get money during a lockout that gives us leverage over the players. So if you had spent hundreds of hours negotiating with the league only to find out later that their secret documents were basically saying ‘hey look, we don’t want to do negotiation, we want to force what we want like an 18-game schedule, we want to force better economics for the owners against the players, how would you feel? I mean, look, it’s all big boy school, it’s all business, but when one side spends hundreds of hours bargaining in good faith trying to understand why the owners opted out of the deal only to find out a few months later that you’re looking at internal documents, internal emails, that say this is our decisions tree, our primary goal in these TV contracts is to give us leverage over the players in a lockout.”