It seems like it’s becoming more and more inevitable that the fans could be without the NFL in. The good news is that the deadline hasn’t passed and the NFL Players Association and the NFL Owners continue to meet to try and figure out if they can come to an agreement on a new collective bargaining agreement. A lot of this is posturing and there is still a lot of time for something to get worked out between the two sides, but the more interviews I listen to and the more I read, the more likely it seems that the NFL is headed for a lockout. 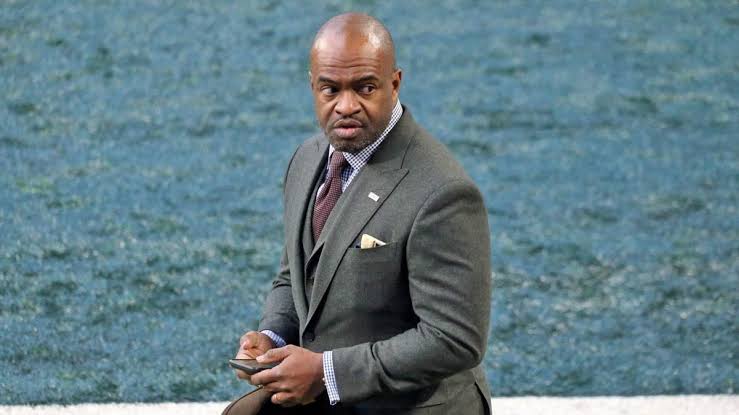 This would be the worst thing for the league. Right now, the NFL is the most popular league in the United States and it continues to dominate the competition. Roger Goodell has done a great job since taking over as Commissioner to help the league grow, but a work stoppage would not only be bad for everyone involved, but it would also be bad for the economy and for the fans as well. DeMaurice Smith joined ESPN 980 in Washington D.C. with Coach John Thompson and Doc Walker to talk about concussions in the NFL, what it is that the owners want from the players, whether or not the two sides are still in negotiations, how tough a potential lockout would be for the fans, and whether or not a lockout is on the horizon.

On whether or not he thinks there will be a lockout:

“Our players are preparing for it to happen. I would like to bring good news but the reality is the owners and the NFL management have been planning for a lockout since. As we move forward I’m hopeful that we can get a deal done, but Doc you know as somebody that knows this process better than anyone, you pray for peace, but you prepare for the worst.”

On how the dialogue has been between the two sides:

“We’ve had over 15 negotiation sessions and I’m happy that we continue to talk. I think it’s important for both sides to understand each other’s position. The reality of it is this, they have asked the players to give them back a billion dollars. That would be in addition to the billion dollars that they take off the top right now. They put a proposal on the table for the players to play two extra regular season games. Doc, you and I chatted a little bit on that hot field a few hours ago, I don’t really know what an enhanced season is, but I know what two extra games are and our players know what two extra games mean to their bodies. Our players understand that it takes them three seasons of playing time in order to get any post career health care. While our fans may think that if our players hurt their hand on the first play of the first game of their career, they may think that a player gets health care for the rest of their life. The reality is it takes you three seasons just to get any post career health care. If you play less than three seasons you get no post career health care. If you play more than three seasons you only get five years of post career health care. Our players are looking at a situation where they know that the league generated nine billion dollars in revenue last year. That’s one billion dollars more than they generated the year before. Our players are asking questions how come were not moving forward on issues like healthcare instead of talking about moving backwards by giving the owners a billion dollars back?”

On how this would affect the fans:

“Let me answer it this way. I think there is a fourth group as well as the fans. I think that the businesses and business people who rely on football as a part of their income I think they’re equally in the mix. I can only tell you what we have done on our side Coach. I have met with every labor union leader in the country to talk about the economic impact of no football. We’re fighting our way out of the worst recession of our lives. I know for a fact that when I read that the city of Buffalo estimated that they would lose 140 million dollars in revenue if the Bills left Buffalo, I would have to believe that 140 million dollar impact is on the low side when you look at cities like Green Bay, St Louis, Jacksonville, Chicago, New York, Detroit, and cities that continue to fight their way out. I have heard from those folks more than you can know. When I talked to the labor leaders and they tell me De, you gotta realize there are over 100,000 people that work in and around our stadiums. While those may have been second or third jobs five years ago, for a lot of those folks today it’s their sixth and seventh jobs just to make ends meet. I know that the owners have looked at the TV contracts as a lockout fund for them. I know that they negotiated those contracts so they get four billion dollars even if the games aren’t played. While they may be okay, the bars, the restaurants, the people who work in those stadiums don’t have a four billion dollar fund to take care of themselves.”