Dell Demps: “We thanked Chris Paul because he gave us the opportunity. He gave us a foundation to move forward.”

It’s been a wild two week stretch to say the least for New Orleans Hornets GM Dell Demps. The Hornets GM had a trade lined up over a week ago that would have sent Chris Paul to the Los Angeles Lakers in a three-way blockbuster deal including the Houston Rockets as well. Everything was going according to plan until David Stern stepped in and vetoed the trade believing the move was not fair for all the parties involved. This was a bizarre move that hasn’t been done by the NBA commissioner before even though the owners do own the Hornets. 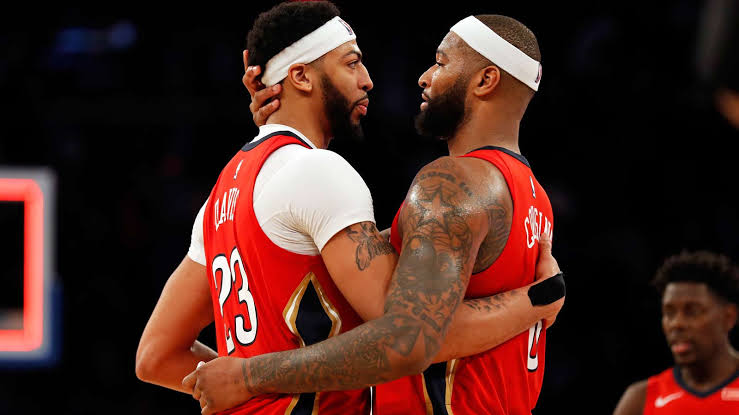 There were rumors circulating that Dell Demps had considered resigning from his job after Stern rejected the Chris Paul trade and he had to be talked out of it. The power trip by Stern had the public thinking Demps didn’t have the power to make a move and the Hornets GM was fed up with the commissioner’s office. Well that mood must have turned quickly because Demps sounds happy and content with the new Chris Paul trade that has sent the point guard to the Clippers. Demps thanks Chris Paul for his honesty and is ready to build New Orleans a contender for the future or he may just be putting on a good face for the NBA right now.

Dell Demps joined ESPN Radio with The Herd to discuss David Stern vetoing his first Chris Paul trade to the Los Angeles Lakers, the idea of preventing the New Orleans Hornets from losing another superstar again, the new trend in the NBA being superstars leaving small markets, using the draft picks the Hornets got in the Chris Paul trade to draft a new superstar player and his advice to the Orlando Magic on how to handle the Dwight Howard situation.

When your first trade for Chris Paul to the Los Angeles Lakers was vetoed what were you thinking?

“I think some things got misconstrued. I think the commissioner’s office was unfairly portrayed, but I think any time you make a trade in the NBA it’s usually a process. The same thing happened here. The deal never really got finalized [with the Lakers]. People started leaking the story and what finally ended up happening is the story got leaked and then there was pressure to get it done and then we decided we did not want to finish the trade. That’s when I think the commissioner took a lot of heat.”

How do you secure not becoming the team that loses a superstar and doesn’t get equal value?

“Well it was tough because in free agency players are allowed to pick and choose the teams they want to go. I think we were lucky in the situation that Chris informed us that he wasn’t going to extend with us and gave us an opportunity to get value for him. There’s instances where the team lost their superstar and didn’t get anything and sometime that really cripples a franchise. We thanked Chris because he gave us the opportunity and worked with us. He gave us the opportunity to get some good players back and gave us a foundation to move forward.”

How uncomfortable are you with the current trend in the NBA with stars leaving small markets?

“It’s a part of the game now. I think you have to adapt. I think things change and I think it starts at the high school level a lot of times where the AAU basketball, he’s got a team up and got them in these camps and they play in All-Star games together and they travel and USA basketball is a big part of it also. The guys play together for the USA team and they become friends. They play on All-Star teams. They represent the country when they are under 19 and under 20. I think they bond and become good friends where in the old days the players didn’t know each other. The guy from Chicago didn’t know the guy from L.A., where they’re texting and Facebooking and they are communicating. I think the world has changed a little bit with the way we communicate and I think that now has an effect on the NBA.”

You are going to have a couple of draft picks now. Do you see emerging superstars in high school and college basketball?

“As you know my boss, the commissioner, and the owner, we are not allowed to talk about players in college at this time. We hope that the draft will have some productive players and we hope we are lucky enough to get one to bring here to New Orleans.”

Any advice for the Orlando Magic who are going through the same thing you are now?

“It’s funny I talked to the general manager, Otis Smith, and he’s a great guy. I think Otis Smith will come out of this smelling like a rose. It’s tough. These are franchise changing decisions and if you don’t have a situation where you feel like you are going to put your franchise in the best shape there’s no timeline. There is the trade deadline timeline, but there’s no rush to do it right now.”