People look at DeJuan Blair and must think, football player.  At 6′7″ and 270 pounds, many people are pegging him to be an NBA bust, a Robert “Tractor” Traylor, if you will.  Blair compared his game to Charles Barkley’s in this interview – another big, bruising, undersized power forward.  Due to his vertical limitations, people were telling Blair to get better in college and come out of the draft as a more polished player.  Right now, he’s projected to be a late 1st round pick, which means guaranteed millions.  Others criticize the fact he signed a marketing / advertising agreement, meaning he can’t pull out of the draft.  If he didn’t sign that deal, despite declaring for the draft, he would have been able to pull his name out up until ten days before the draft.  His draft stock may change from now until then but he’s locked in.  Blair feels he can’t do much more on the college level, attaining the Big East Conference Co-Player of the Year Award, meaning he’s bouncing after his sophomore year.  The easy thing would be to compare him to other players who are playing (or have been cut) at his size in the big league, but I won’t, I’ll let DeJuan write his story.  Blair joined 970 The Fox to discuss his naysayers, his power, and his reasons for leaving Pittsburgh. 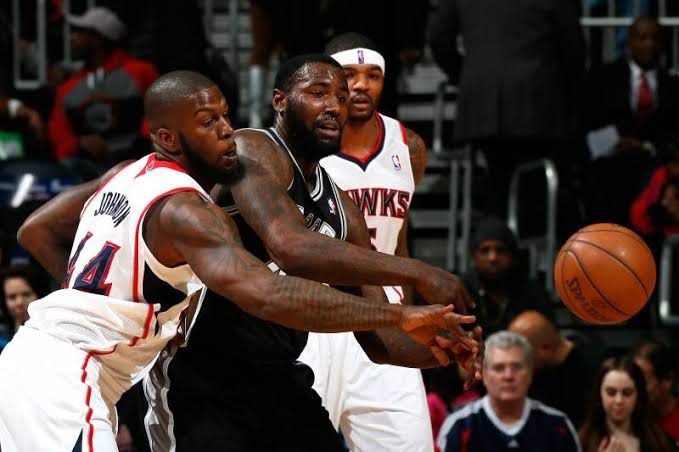 On people telling him to stay in school:

“There was a lot of people but they ain’t living in my shoes, they not doing what I’m doing every day, and they not living how my family living, so, you know, I just wanna pursue my dream.  My whole big thing about it is how my dream is right in my face, I’m not gonna let it pass up, and next year, something happens, God forbid, but you know, I will still be pursuing my dream… I think I did everything I could, for an individual.”

On whether or not he’s hit the weights yet:

Responding to criticisms he can’t play at the next level:

“That’s just motivation.  They’ve been saying that a lot, they said I wasn’t gonna do good at Pitt, I did.  So, that’s just motivation, that’s just me.  You say I can’t do nothing I’m gonna work hard to be the best at what you said I couldn’t do.  I’ll be all right at the next level – I’ve got a great support system behind me, so, they ain’t gonna let me slide.”