As the chess match surrounding Albert Haynesworth’s injury continues, DeAngelo Hall has come out to say that it should have been handled differently along the way.The situation began when Haynesworth decided to skip nearly all of the Washingt0n Redskins’ offseason workouts and then did not arrive at camp in time. When he did, first-year coach Mike Shanahan would not allow him to practice until he passed a conditioning test. While ESPN personality Mike Golic passed the test on television on his first try, it took Haynesworth, who signed a $ million contract with the Redskins in February of , four tries to finally get it done. Haynesworth is now back and played in Washington’s preseason game over the weekend, but did so in the second half with reserve players. 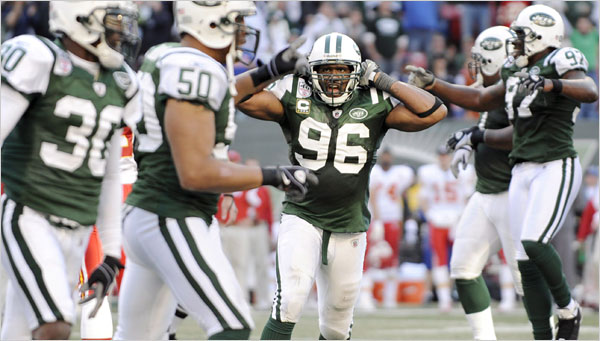 Now reports have surfaced that the fitness troubles stemmed from rhabdomyolysis, a condition which breaks down skeletal muscles and can cause nausea, dizziness and dehydration. The Redskins claim to have no knowledge of the condition.Only one thing is certain, the chess match will go on, even if Hall says it could have different from the get-go.DeAngelo Hall joined ESPN  in Washington D.C. with the Sports Fix to discuss he and his teammates’ latest feelings on Haynesworth, how much the Redskins missed Haynesworth during portions of last season, on the conditioning test his teammate had to pass when he finally arrived to camp, how Mike Shanahan handled the entire situation and the Redskins’ switch to the  defense.

On how the Redskins missed Albert Haynesworth last season:

“I think it was a clash of the titans. You have your high-profile player in Albert Haynesworth, who I think everybody knows he didn’t perform up to the standard we needed him to play at last year. I don’t think he played in a single NFC East game. Maybe one. We definitely need him for that dominance in those games. That’s when you have the Giants, that’s when you have the Eagles, that’s when you have the Cowboys, those guys that are going to beat you up and try to pound you. That’s why we brought him in here, to face those kind of opponents. We definitely missed him and needed him in those kind of games. Did he play down to the level we wanted him to play last year? No doubt about it. I’ll tell that to him to his face and I told that to him before.””

On missing offseason workouts this year:

“That’s a decision he chose. He felt like he needed to go out and train with his guys and do what he needed to do to be better as a player. Was I upset about that? Not at all. There’s been times in previous years that I’ve done the same thing. When that happens, you have to live with the consequences. The consequences were, if you weren’t here for a certain amount of workouts, you had to complete the conditioning tests. If I choose not to be here next year, I’m going to have to run it to. Whoever it is, they’re going to have to do it.”

On having to pass that test to practice:

“I think, as a player, to be given that ultimatum … to either pass the test or you’re not going to practice, I’m not going to be sweating too hard about passing that test. I’m just going to be real with you. It’s hot, it’s training camp, it’s two-a-days. I want the easiest path possible. I want to play in games, I don’t want to go out there and practice. For him to be given that kind of scenario or choice, it wasn’t a hard one for him. I don’t think it would be hard for 80 guys in that locker room, no matter what they might tell you personally. They’re not going to want to go out there and practice. … I think he should’ve had to run the test and still practice with us. At the end of the day, all that did was hurt us because we need him out there.”

On the coaching style of Mike Shanahan:

“Mike’s had a lot of success in this league. A  lot of people think of him as a guy who’s just so strict, so stubborn, so just my way or the highway kind of guy. To a certain extent, he is. But at the same time, whenever I’ve got a problem and I need anything, ‘Hey Mike, I need to talk to you’ and we’re talking about the situation, something comes up. He has no problem adjusting to things or even changing his mind on things. And that’s what I love about him. I can always go in there and talk to him about anything. He’s definitely strict and definitely wants things done the right way, but he doesn’t mind changing or bending a couple things to help meet a particular person and their situation.”