The New York Mets suffered through a Season in which they fell flat on their face.  They moved into an over-sized ballpark that their lineup wasn’t suited for and they had a bunch of injuries that proved to be disastrous.  This year, the Mets enter spring training as healthy as they have been in quite some time.  Carlos Beltran and reliever Kelvim Escobar are the only players who are going to be on the DL on opening day.  Although the dimensions of Citi Field are going to stay the same, they now have help on the way with the addition of Jason Bay.  Bay brings some much needed pop to their lineup that they were lacking last season, but they will still struggle trying to score runs this season at home in Citi Field.  Daniel Murphy led the team last year with only twelve home runs at home.  That is absurd!  I am not sure how an organization could build a new ballpark that actually hurt their team.  The Mets above-average lineup will get even better if David Wright can bounce back from an awful season.  Although Wright batted above .300 last season, it was his power numbers that were down that was a cause for concern.  In his first four full seasons with the Mets, he didn’t hit below twenty-six home runs and last season he only hit ten.  If Wright bounces back and they get good starting pitching like I think they will, this Mets team can challenge the Phillies and Braves for the NL East crown.David Wright joined WFAN in New York to talk about his new physique and whether he is that much stronger from his off-season workouts, whether he is going to have a different approach at the plate this year, and how he feels about Jose Reyes batting in the third spot in the lineup. 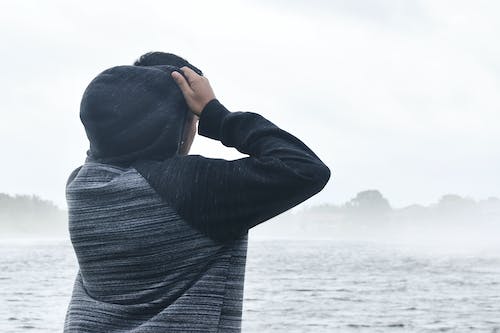 On his new physique and whether he is that much stronger from his off-season workouts:

“I don’t think so.  Every year you try to come in and put yourself into the best shape as possible.  Obviously that doesn’t translate into getting hits or doing anything special on the field but you want to set that solid foundation, that solid base for that one hundred sixty-two games.  I feel good.  I feel strong.  I feel quick and now I need to go out there and get some hits and work on some ground balls.”

Whether he is going to have a different approach at the plate this year:

“I won’t say very different.  I would say that there were too many times last year where I think I forced some things where I shouldn’t have forced.  I am going to be up there and relax and let the pitcher try and dictate where I am going to try and hit the ball.  If he comes in, try to pull it.  If he goes away from me, try to go the other way and not really try to force one or the other.”

On having other guys, like Jason Bay and Rod Barajas, in the clubhouse for the media to talk to and take the pressure off of him:

Whether he feels that the team is really focused and intense:

How he feels about Jose Reyes batting in the third spot in the lineup:

“I think that the lineup is kind of overrated to begin with.  Once it flips, who knows where you are going to hit in the order, but I think it shows a lot about the versatility of this team.  You have got a guy like Jose that has won a, has been one of the premiere leadoff hitters in the game and to be able to stick him in the three-hole I think he is going to do just as well as anybody else that you could put in the three-hole.  I think that says a lot about him as a player.  It says a lot about our team.  I think that is the kind of team that we want to be this year is the kind of the speed team, guys that can drive in runs, score runs and not necessarily rely on a specific group in the middle of our line up to drive all the runs in.”