NBA Commissioner David Stern has done a lot to grow the NBA game, but recently he has been at the center of some criticism even after the lockout was lifted. It all stems from his role in the nixing of the Chris Paul to the Lakers trade that looked like it was ready to go down a few weeks back. Because the league is in control of the Hornets, he seemingly put himself in charge of that particular trade and vetoed the deal that General Manager Dell Demps made with the Lakers and Rockets that would’ve sent CP3 to Hollywood to team up with Kobe Bryant. From the very beginning Stern has cited “basketball reasons” as to why he did not approve of the trade. Most recently, the Houston Chrinicle has labeled him a liar saying he did not tell the truth in describing the events prior to his decision to disallow the three-team trade for Chris Paul. After listening to his explanation on the deal I have become even more confused. I still have no clue what was really wrong with the original deal. Dell Demps was hired to be the GM of the Hornets and is looked at as a bright, up-and-coming basketball mind. He liked the haul he was going to get for CP3, it met all the financial parameters, but it was still vetoed. That’s where I get lost. Really the only thing that I do know is Chris Paul will be playing with the Clippers for the next few years and a previously down-trodden franchise now has two stars to try and become relevant again in the NBA. David Stern joined The Herd on ESPN Radio to talk about whether or not he thinks everything that happened with the Chris Paul deal hurts the NBA brand, what he makes of the Houston Chronicle calling him a liar, on the idea of the league owning an NBA team being a bad idea, whether or not the e-mail from Cavs owner Dan Gilbert had any impact on him disallowing the three-team trade that would’ve sent Paul to the Lakers, and how LeBron James’ popularity compares to Michael Jordan’s. 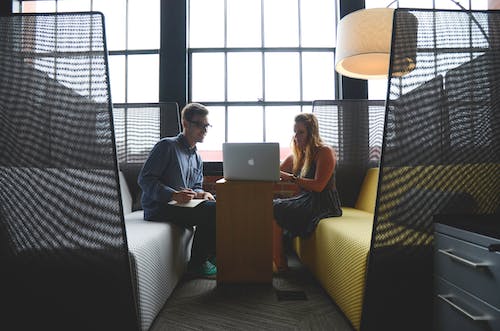 Whether or not he thinks everything that happened with the Chris Paul deal hurts the NBA brand:

“I think that come Christmas Day when the five games tip off the brand such as it is will be very much alive and well. Not a problem. I’m sorry I didn’t listen to your show so I don’t know what the basis of your view is but I think that what happened there is people thought I was somehow stepping in as commissioner and undoing something under the broad powers of the game. That couldn’t have been further from the truth. Picture this team being owned by the NBA and you could have had a vote by the board of governors whether the trade should be approved or not. Maybe it be 15-14 and have each governor vote on perhaps whether they wanted Chris to go into their division or their conference or something that was extraneous to the one issue which was what’s best for New Orleans. That’s an area about the voting is exactly the reason why it was decided by the various committees and the board that ultimately the league office would make the final decision on what’s good for the New Orleans Hornets and that’s what we did.”

On the possibility of him stepping in on a Dwight Howard trade:

“You’re not listening to me. We don’t own Orlando. That was the problem with the media coverage. I was not acting in my role as a commissioner to approve or disapprove every trade. I was acting on behalf of the people in New Orleans. The people in New Orleans know the league office signs off on all trades and we received the parameters of that trade on Thursday afternoon at 5:30 and said no we’re not ready to make that trade. Not approve it, but make it. We weren’t ready to make it. I want you to focus on that Colin because the example you just used of course there is no conflict. I wouldn’t step in and deal with a Dwight Howard trade between two teams. I didn’t have to step in here in New Orleans. The normal process is for the league office to approve it and when it was presented for approval the league office said no.”

What he makes of the Houston Chronicle calling him a liar:

“They said it a few days back and the difference between sources who have the ability to maintain their anonymity and the league office is we speak the truth on the record. I sort of expect some day everyone else will do that to. Even there what the source said was that the source was told that the league office had signed off. I can assure you and I reiterated today that the first time the league office knew the parameters of the suggested trade was when we said no. I don’t know what else to tell you other than the truth Colin.”

On it not being a good idea for the league to own a team:

“I agree and I don’t think the NHL wanted to own the Coyotes or Stars and Major League Baseball didn’t want to own the Expos but what we did in a very extraordinary circumstance for the first time in our history was step in and save the team in New Orleans. Decisions were made in normal and got league’s approval and it was relatively unremarkable until this trade. I can’t speak to what was said by the New Orleans representatives but there is no team in the league that can make the trades of the magnitude of the one that we’re talking about that don’t need owner approval.”

Whether or not Dan Gilbert’s e-mail had any impact:

“I’m saying that I first learned about Gilbert’s email to me the following morning. He didn’t send it until late at night and I made the decision at 6 o’clock. It’s a wonderful storm and it’s great to say it but it had no influence. It just couldn’t have and it wouldn’t have. I think Mark Cuban said it well if I listened Gilbert or him it would be the first time. My job as set forth by Gilbert and other owners was to make the decision in the best interest of the Hornets.”

How LeBron James’ popularity compares to Jordan’s in the past:

“I don’t have that metric. I think LeBron is the leading light of a cast of wonderful All-Stars and great players who have demonstrated their skills at Beijing at the Olympics, getting ready to represent their country in London at the Olympics, and really are capturing the imagination of the world. The ratings last year were great but it wasn’t just about LeBron. He was probably the leading light and the player who was the most interesting.”