David Garrard Takes On His Critic

The relationship between local radio host and a team’s starting quarterback is rarely completely pleasant. Hosts of daily talk shows generally need to fill three hours a day. In communities like Jacksonville with just one professional sports team in town, that means finding daily ways to talk about the same topics. And when that team is in the last two seasons, there isn’t much positive to discuss.Naturally, David Garrard has become a frequent target of Jacksonville drive time host and CBS Sports NFL expert Pete Prisco. Prisco has noted Garrard’s apparent lack of development, inability to throw downfield (calling the quarterback “Captain Checkdown”), field vision and work ethic. Much of that criticism is probably fair. The Jaguars passing offense has been average at best over the last two years. But when these points are brought up almost every day and in no uncertain terms, it can become personal.Jacksonville Jaguars quarterback David Garrard joined his longtime critic Pete Prisco on WFXJ in Jacksonville to respond to Prisco’s past comments about him, including being called “Captain Checkdown,” his slow development, seeing the field and owner Wayne Weaver’s request that he work harder in the off-season. 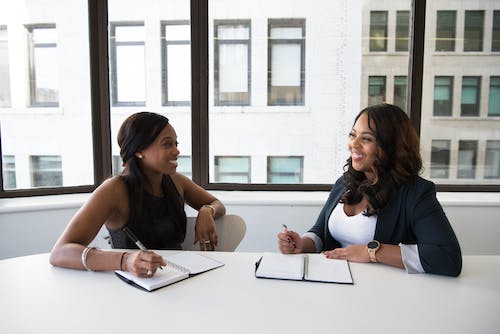 On his reaction to the hosts’ comments about him in the past:

“I know it can’t be a personal thing because I don’t think that I have done anything to you to make it personal. You try to please everybody, but you can’t. And that’s just the thing that people have to realize. You can’t make everybody happy. Trust me, I’ve got plenty of family and plenty of friends that all love me and love everything that I do, but it’s not about that. It’s about you running your show. You have your opinion. That’s why you’re a radio voice. I respect your opinion. Even though I hear a lot of times that it’s not in favor of me, that’s all right. I will continue to live and I will continue to play ball as long as I am given a chance.”

On if he feels like he is playing for his job this season:

“I feel like I am playing for my job every season. You are in the NFL. The NFL is a one year contract and that’s how it always is, especially going into this year. A quarterback is judged by wins and losses. We haven’t had a great wins and losses ratio theses last couple of years. They’re not going to put up with that. I know how it works. So, absolutely. I thought that every year though. I haven’t just thought about it because everybody’s getting tight now… I could have the same numbers these last couple of years, but if we were 11-5 these last couple of years, people wouldn’t say anything. That’s what it’s all about. It’s all about wins and losses. That’s what I know. So, I’m going to keep doing my job. If my job doesn’t get it done, then it just doesn’t get it done.”

On if he feels he has progressed as he should have:

“Quarterbacks are always going to be judged off of wins and losses. We haven’t won enough ballgames for everyone to say that Garrard is on fire or those things. When we lose, it’s going to be looked right at the quarterback. If my numbers haven’t improved from year-to-year, that kind of stuff, you are going to look solely at that. But, when you are inside the locker room, inside the meeting rooms, you get a different perspective. Fans and radio people, media people they have to go off just what they see, numbers, that kind of stuff. They don’t have a true reality like we do when we watch film… Nobody’s perfect. But you also don’t see things like maybe somebody cut their route short or maybe missed a block and I’m still trying to get the pass off and it just doesn’t work for me. It’s hard to see those things. What you see is, you seen an interception. You see an incomplete pass on third down.”

“I think I see the field just fine. I can’t always get through all my reads at times because of different situations. I definitely need to get the ball out of my hands, get the ball to the receivers, make the plays that are there for me… You are going to say things like I can’t see the field and whatever. I don’t care. That has nothing to do with me. That has nothing to do with my job on the field… I’ve never even heard you say one thing about me really. I’m really never on the radio, that kind of stuff. If my friends or family were on this phone right now, it would be a different conversation. I really just don’t care.”

On how he took Wayne Weaver’s public request to work harder in the off-season:

“I took that as a challenge. I said, ‘When a man is challenged, either you are going to step up to it or run away from it.’ I’m stepping up to it because that’s my job. I want to make sure that as my son grows, he knows that he’s going to be challenged in his life. He’s not going to make it through scott free with now problems. One day, maybe he’ll have a radio voice that gets on him, that he’s doing something productive in life and he’s out there working his butt off. That was fine. I took that as a challenge and I wanted to make sure that I met that challenge because I felt like I owed that to myself, the team, the community, everybody.”

On being nicknamed “Captain Checkdown:”

“When you can be ‘Captain Checkdown’ to Maurice Jones-Drew, that’s all right. I’m not even worried about that. I have the ability to throw deep balls. We have gone through a period of changing receiver types around here so we have to throw a different type of deep ball.”

And on expectations for this season:

“After this year that we have, when you host the trophy up and you’re partying up in Dallas after the Super Bowl win, why not? This team has the capability. It has the makeup for it… Why not? The Saints were, record-wise, just as bad as we were the year before they went to the Super Bowl. Why not? We got to all be bought in. Why not? We can’t listen to the radio heads.”