Darrius Heyward-Bey is Either a Liar, Has the Worst Memory Ever, or is Just Flat Out Stupid
by Eric Schmoldt

Darrius Heyward-Bey’s name became synonymous with the word bust the moment the Oakland Raiders selected him with the seventh pick of the draft. It wasn’t that draft gurus necessarily thought Heyward-Bey was going to be terrible, they just thought the Raiders reached way too far in picking him seventh overall.After one season, those critics looked completely right. With an annual base salary of more than $7.5 million, Heyward-Bey made almost a million bucks per catch as a rookie. The Maryland product was plagued by hamstring injuries, but they didn’t stop him from playing in, and starting 11 games in his first year. But at the end of the season, all he had to show for those 11 starts was nine catches for 124 yards and one measly touchdown. With a five-year contract, it may not be a now-or-never situation for Heyward-Bey, but if he hopes to shake the moniker of Biggest Bust of the NFL Draft, he’s at least got to make big strides in his second year. He’s willing to do whatever it takes, including going so far as to change his number. I suppose neither his jersey number nor his statistical numbers could get much worse.Darrius Heyward-Bey joined KNBR in San Francisco with Murph and Mac to discuss the weight he put on in the offseason, his 40-yard dash time, his thoughts on a forgettable rookie season, what it has been like to work with new quarterback Jason Campbell, why he changed his number heading into this season and whether he did anything right during his first professional season. 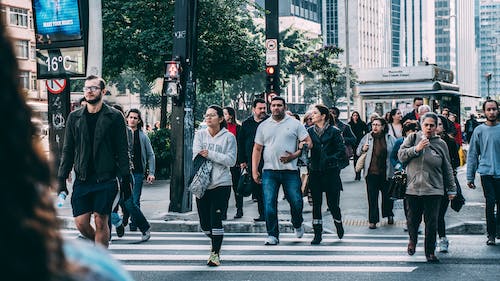 On putting weight on in the offseason:

“I put on about 10 or 15 pounds. I just came in early, came in probably Super Bowl weekend. I came in that early to start working out and get back.”

On whether he felt too light as a rookie:

On how he evaluated his rookie year:

“A learning experience. Nobody wants nine catches. That’s a number that haunts me a little bit. I used that as motivation to come back this year with a whole different gameplan. With a little bit of last year, just keep working hard but work harder and go out there and make the plays that need to be made.”

“First of all, Jason, he’s a good guy. That’s number one. Number two, he wants to be good. He puts in the work on and off the field, stays after practice. He wants to do the necessary things to be good. And as a receiver, that’s what you want in a quarterback. When we’re out there in the huddle, we believe in him and know that we need to make every play look easy out there for him.”

On changing his number:

“Twelve was just a terrible number for me. … I just decided just to change it. I just needed something new. Twelve wasn’t me. I’ve always wanted eight. In college I wore eight. In high school I wore one, but 12 just wasn’t me.”

On the psychology of bouncing back from a dreadful first year:

On whether there was any point in his rookie year that something actually went right:

“I think the best thing that happened to me as a rookie was playing every game and starting every game. That was something that a lot of rookies don’t get to do. I’ve seen the worst and I’ve seen the best of everything. You take that and go into your second year like, ‘I’ve been through it all already.’”

This is absolutely insane that Heyward-Bey would either lie about starting every game as he only played in 11 games last year or could possibly be that stupid that he doesn’t remember missing the last five games of the season.  I had to change the title of this post because it bugs me so much that his season was so bad that the thing he was most proud of never even happened. Listen to the interview with Darrius Heyward-Bey on KNBR in San Francisco here