In light of the bounty scandal that has rocked the NFL the last four days, a lot of people are asking whether the Saints’ 2009 Super Bowl championship has been tainted. A key defender — arguably the most important defender — on that New Orleans team was Darren Sharper. The play-making safety has since retired, but he’s not shying away from discussing the bounty controversy. Darren Sharper joined Tony Bruno and Harry Mayes on 97.5 the Fanatic in Philadelphia to address the bounty program and explain the philosophy behind pay-for-performance incentives. He also elaborated on how frustrated he is that someone snitched about locker-room matters and reiterated that he doesn’t believe Sean Payton knew about the program. 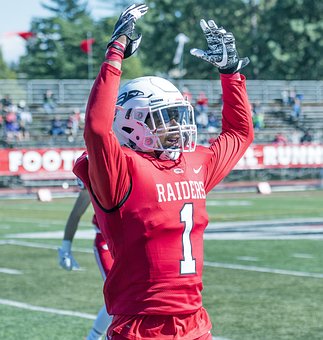 On his involvement in the New Orleans bounty program:

“You make big plays, you get a little extra money. That’s just something that’s been happening in the league. And I don’t like when people call it a bounty, bounty rule, and things of that nature, because that makes it sound as if guys are going out there with ill intentions. When you play football, guys are gonna be wired differently. So a lot of guys go out there and they try to hit guys and hit guys as hard as they can. And whatever comes from that — whether it’s a guy not being able to return to a game — that’s just part of it. I believe that the peers and the guys around the league do not initially go out and try to hurt another peer. That is not their intention. They want to go out there and play the game of physical, better football and go out there and play extremely tough.”

On if the Saints had specific incentive to injure opposing players such as Brett Favre:

On if this type of mentality existed when he played for the Packers and Vikings:

“It goes back to when I came into the league in ’97. We had things of that nature in which guys would put up a little extra bonus money to make big plays in games. And that was the nature of–especially when it got towards the playoffs, when the games really started to matter. Not to say that they didn’t matter in the regular season, because we all know that they do. But when it got to the playoffs and you’re playing in a one-game elimination tournament, guys would get up a little bit more incentive because you aren’t getting paid as much as you got paid from regular-season games. The money from playoffs is much less. And guys would just try to find any extra way that we could find to get that extra edge. And sometimes we’d put up a little extra money to make plays in games that meant a little bit more.”

On what kind of punishment he thinks Gregg Williams will face:

“I don’t know, but by the looks of it it doesn’t look too good. Because the thing that makes it worse than we’re standing right now is I believe they were warned earlier about the pay-for-performance program that was in place and nothing was done about that. I think that’s the major issue that the commissioner and the league are upset about — is the fact that they came and warned them and then nothing was done. I think that’s going to be a thing that they’re going to deal with the most repercussions about.”

On how he feels about the information leaking:

“And I’m still upset about that because we had a family in that room, and whatever we did within that room should have stayed in that room. And obviously we know now that it was against the rules because there is no performance-based pay that you want to have in place, whether it’s a dollar, $10 or whatever the amount of money it is. The commissioner told them to take that out. So we know that was not right and what we were doing. But for a person to come out and say that we had a program in which we tried to just knock guys out of the game and maim guys takes it to a level that I just don’t agree with. And it kind of appalls me and upsets me. Because first of all, the player that came out of the room, and to tell what’s going on inside a room when we’re a family and everything that happens within that room should stay in that room, I’m upset about that. But then also to take it to a higher level and say that we were trying to maim guys … it’s just totally ridiculous.”

On the lack of logic in trying to make money in a bounty program when it could cost the player even more money in fines:

“Mathematically it doesn’t make sense … This is what people have to realize: Nobody was thinking about a $1,500, a $1,000, a $500, whatever it was, amount of cash that they could make for making a big play in a game. They were going out and trying to win the game. The main goal in the world that we’re trying to get is winning that playoff game, winning the Super Bowl. Regardless of what we had in the pot, that was just something extra that when you came in on Monday or Tuesday and you had your meetings … that’s when you thought about it. When you were playing the game you weren’t thinking about a measly $1,500 — and I’m not trying to disregard that amount of money but what you got in reward for winning that game was the main goal and the main reason you went out there and played and played hard. You didn’t think about that little amount of money that was going on and that you talked about during the week.”

On if head coach Sean Payton was involved: