“Let’s see what happens here but I don’t think the endorsements are going to go away. If Tiger Woods is the same golfer, then Nike is going to want him.” We don’t have the full details of what exactly Tiger Woods is regretful about, but on Wednesday, Tiger Woods wrote that “I have let my family down and I regret those transgressions with all of my heart.”  There’s plenty of speculation left to be had by the public, and given what we know about today’s society we’ll likely eventually hear about all there is to hear, but for now, the details are fuzzy beyond the simple fact that Tiger’s been cheating on his bombshell wife. How many times and with how many women? Who knows exactly?One of the new questions du jour is how Tiger Woods’ empire of endorsement deals may or may not be affected. CNBC’s Sports Business Reporter, Darren Rovell, who’s as well respected and connected in the sports business world as anyone, joined Into the Night with Tony Bruno to talk about how Tiger’s endorsement deals may or may not suffer from this incident. 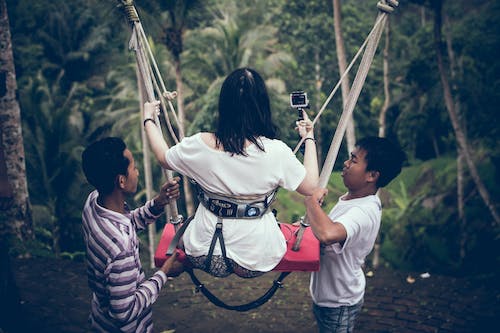 On Tiger’s Strategy With The Media Up To This Point:

“I think it’s not analogous to anything. You think of the Kobe thing but that was a criminal charge, of course. That was let up and the civil case was settled. You think about that from a comeback standpoint. And on the strategy, there’s been a lot of crisis managers out there. And I think Tiger did what he had to do in the first statement, which was not gush his heart out, not run to the police. It was, there is a little bit of a strategy game and when there could have been a legal situation involved, he had to go with the legal side ahead of the heart, P.R. side. I understood that. And I think today’s statement was as close as you’re going to get to Tiger’s heart, though I’m not exactly sure what the strategy was on telling the media they shouldn’t be going there. Especially the media that’s involved in a lot of this stuff, which saying the tabloid journalism shouldn’t exist, his privacy should be respected – I didn’t think that was necessarily the greatest strategy because that’s going to egg them on even more.”

On How Deep The Transgressions May Run And On What Impact That May Have With His Endorsements:

“I think that’s what corporations are asking. Are we done now or what’s going to happen. Right now, I think Tiger’s fine, I think that it looks like a disaster but ultimately if his golf can return. And Tony, there’s going to be heckling, there’s going to be things he’s never seen before. The event he comes back in, whether it’s Torrey Pines or whatever, it’s going to be bigger than any golf tournament in terms of world wide interest . Maybe not when the golf starts, but certainly around it and to start, to see what Tiger does. So, let’s see what happens here, but I don’t think the endorsements are going to go away. If Tiger Woods is the same golfer, then Nike is going to want him. Now, what happens if he’s not? What happens if this gets in his head, he can’t get the same zen-like focus, he can’t nail the putts like he did? I think that could be more of an issue for the corporations than now.”

On Not Teeing It Up For Another Ten Weeks And How That Might Benefit Him In Terms Of The Media Circus Dying Down:

“The other thing that he has going for him is the Phelps and the Kobe stories were overdone. People misreported it. The Phelps thing – Kelloggs decided to stand on their high horse and say we’re not renewing him, well the inside story was they weren’t renewing him anyway. Or Kobe, they let their deals expire. They didn’t really sever the contracts. What’s good here is, I don’t think you’re really going to have any sort of uncomfortableness even, or public uncomfortableness, because Nike didn’t expect to run a Tiger ad now anyway. I mean the only thing out there are some of the Accenture ads. I mean, ‘Go on, be a Tiger’ in the airports. But this is a dead – it’s Holiday time – but since Tiger’s not playing, you don’t expect anything going on. So that’s a secondary focus – you’re not even going to have the embarrassment of we’re pulling the Tiger ads. In fact, on Monday Accenture had a full page ad in the Wall Street Journal and you couldn’t tell me they couldn’t have pulled it if they felt uncomfortable. He’s still on the front page of their website. So, we’re going to have to see. You ask yourself, is this Tiger, is it so big because it’s Tiger?  Or is this also so big that if it were happening 15 years ago and people were searching in to the lives of Jordan and everyone else, it would also happen? It’s part of the function of where we are with Twitter and Facebook and again, the ‘checkbook’ journalism rising while the traditional media suffers.”