Darnell Dockett: “Our team is ready to prove a lot of people wrong.”
by timgunter

Heading into the season, the Arizona Cardinals have a lot of question marks surrounding them.  A team doesn’t lose four of its top eight players, two on offense and two on defense, and not have some concerns.  When Kurt Warner decided to hang up his cleats and retire, the franchise was saddened but believed that Matt Leinart could still do the job.  Warner’s departure is definitely going to be noticed and will force Coach Ken Whisenhunt to be a more balanced playcaller.  Even though Leinart was a first-round pick he has limited arm strength but Chris “Beanie” Wells and their powerful offensive line should help them out.  With Warner gone, the unhappy Anquan Boldin was no longer worth tolerating.  Instead of giving in to Boldin’s continuing demand for a new contract, Arizona shipped him to Baltimore for third- and fourth-round draft picks.  Arizona believes that Early Doucet and Steve Breaston are capable enough to fill Boldin’s shoes.The Cardinals then decided to trim some of the “fat” from their defense when they released Antrel Rolle rather than pay him his $40 million signing bonus and $8 million salary.  Newly acquired veteran, safety Kerry Rhodes is expected to replace Rolle.  Linebacker Karlos Dansby could have stayed in Arizona but the team decided not to place a third-straight franchise tag on him because $14 million would have been too much to pay a good-but-not-great inside linebacker.  Second-round rookie LB, Daryl Washington is going to be counted upon to eventually replace Dansby even though it may take a couple of years.  To put it bluntly, the Cardinals have a lot to prove this season.  It remains to be seen if they have done enough to prevent the newly-recharged 49ers and Seahawks teams that have their crosshairs on Arizona.Darnell Dockett joined XTRA 910 in Phoenix to talk about how he feels about Coach Whisenhunt praising him for becoming a leader and that they Cardinals will work with him to get a new contract done, what it has been like for Dan Williams to have him teach him and take him under his wing, and whether he is surprised that Terrell Owens hasn’t been able to find a job. 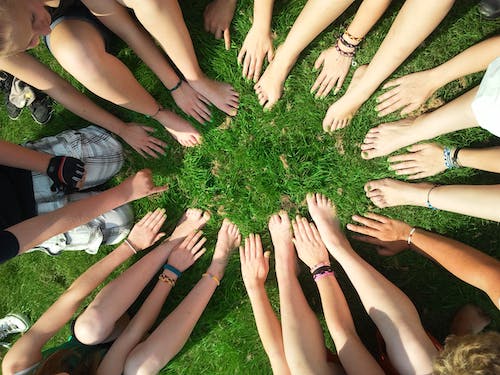 How he feels about Coach Whisenhunt praising him for becoming a leader and that they Cardinals will work with him to get a new contract done:

“Very inspiring, I appreciate the head coach believing in me.  That is one thing that you want to kind of strive for when you are on the football team, to get your head coach’s respect along with the other players.  That is huge for me and for them to believe in me and understand what I mean to this ball team and it is all love.  I am excited and I hope everything works out well.”

What it has meant to him to get to know Joey Porter personally:

What it has been like for Dan Williams to have him teach him and take him under his wing:

“Man I have been killing him and I enjoyed it too.  I have been killing him.  It is one of those things where when you go into our workout room, first of all, we have got one of the best strength and conditioning coaches.  I always tell people that but sometimes I think people underestimate how much he means to our program.  He pushes us and takes us to the next level.  With that said, we come into the weight room and we have got a whole workout on this board and Dan came in one day and was like, ‘Ok cool.  We can knock that out.’  But he notices that for every 3 sets I always do an extra set on every exercise.  Dan was like, ‘We are done now,’ and I was like we are just getting started.  His whole facial expression was like, whose idea was it to workout with Dockett anyway?  I can honestly say that he has the perfect attitude and adjustment to understand what it takes to win in this league.  I sat down and I had a real heart-to-heart with him and I explained to him that by you being in the first round, you are going to have every defensive lineman after you criticizing your game.  You are going to have everybody in the media around Arizona that is going to criticize your game.  You have got so many demons and people to fight off to why you were a first round draft pick you have no understanding what the pressure is going to be like.  And I said that, the only way that you could overcome the adversity and everything towards, I said that you have got to put in the work to feel confident about your game.  He understood and he listened and when I get him in the weight room now you should see him.  He is fired up, he is excited.  I talk to him three days ago and asked him what he was doing, he said, ‘I just finished working out in the morning and then he is going for an evening workout.’  That is what I want to hear.  I don’t want to hear about you going on trips and you going back to your college going to hang out with your boys.  Even if you lie to me, tell me that you are working out even if you aren’t, just tell me a lie and tell me that you are putting in some work.”

Whether he is surprised that Terrell Owens hasn’t been able to find a job:

“I am a little bit but I know T.O. is a heck of a player and he is going to find the best situation.  I don’t believe that he didn’t get any offers.  I believe that he did get some offers but I also believe what he wants to do what is best for him in this situation.  That is important where he is at this point in his career you want to make the best decision to finish your career up on a high note.  I think that is the situation right now.  I wish him well because I like T.O. a lot.”