The Boston Celtics got off to another slow start this season and when it was announced that Rajon Rondo tore his ACL, it looked like the Celtics season was lost. Rondo was leading the NBA in assists, he was tabbed as the starting point guard for the Eastern Conference All-Star team and he is the engine that drives the aging Celtics offense. However, since his injury, the exact opposite has happened for Boston. The team has rallied around each other once again in the face of adversity. The C’s have won four straight games since Rondo was lost for the season, two of those wins coming against the Clippers and the Heat. It’s just a small sample size and it’s too early to say Boston is a better team without their best player but the Celtics are showing the heart of a champion and look like a team that refuses to let one significant injury after another derail their season.Danny Ainge joined WEEI in Boston to talk about whether the team has any plans to replace Rajon Rondo in free agency or in a trade, whether his approach to the trade deadline will change after the latest injury to Rondo, how he felt about Rondo’s play up until his knee injury, on the idea that Rajon Rondo tends to look out for himself and his stats too often and whether he has talked to Paul Pierce about a possible trade prior to the deadline. 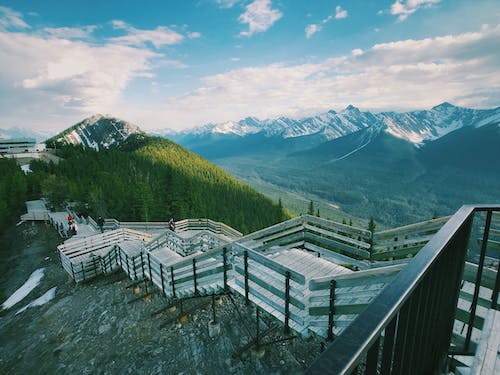 If the Celtics have any plans on replacing Rajon Rondo:

“Not right now. There’s a lot of reasons we’re not just jumping out and doing something right now. There really is nobody you’re going to find to replace Rondo through trade or through free agent acquisition at this time of year with our inflexibility. We like the guys. (Leandro) Barbosa has been dying for a chance to play, Jason Terry, Avery (Bradley) playing some more point, I think all those guys are looking for an opportunity so I think it’s a chance for us to see those guys play without Rondo playing and just see what they’re capable of doing.”

On his approach to the trade deadline after the latest injury to Rajon Rondo:

“I think I’ve been pretty consistent on this team the last couple of years. I said I liked them as individuals and obviously I don’t like 20-23 which we were when Rondo got hurt, I didn’t like the part of that, and I didn’t like the 27- and didn’t like the 13-17 start but what I have continually said is I like what these guys are made of, particularly our core guys that have been here a long time and have had great success. I know when it comes time to, and I know you can say playoff basketball, big games or whatever, I know what they’re made of and I know they have something extra and a gear that can get taken to another level. That’s the confidence that I’ve developed in them and in Doc (Rivers) knowing that these guys will all be there and be ready late in the season but at some point, in every year, I think you doubt whether it’s going to work, whether the pieces fit, whether it’s the right combination of guys and this year there is no question that those doubts creep in. I’m still looking at that, I’m still looking at now how is it going to work? I’ve never questioned whether Jeff Green can play, Courtney Lee can play or Brandon Bass can play, those guys have played too well and too much throughout their careers to question those things but the question is, is it the right fit?”

How he has felt about Rajon Rondo’s play this season:

“I think Rondo was having a very good basketball year. I think he has been maturing on and off the court, I think his role as a leader is improving and I think he is a fantastic player. I mean the guy, he single-handedly carries us many nights and I don’t see how people don’t see that. The game against Chicago when we lost by one, he was unbelievable, I mean he was clearly the best player in the gym. When people say we’re going to be better without Rondo or the team is going to be better without him, it’s silly. He’s a great, great player. He’s proven that time and time again. The guy has been MVP of four or five series’ over the last five years. Not just individual games here and there, triple doubles on national TV but he has been the best player in a series against LeBron James, he has been the best player in a series against Derrick Rose and he’s been the best player in a three games of a Finals series. The guy has done too many good things. The question is are the pieces right around him? Let’s just say our offense plays better now, then people will say ‘oh’ but that doesn’t mean Rondo is still not a great player. I think we’re going to have some ups and downs, guys are going to get an opportunity to play quickly but I think overall we are going to greatly miss Rondo.”

On the idea that Rajon Rondo tries to look out for himself and his stats too often:

“He wants to win really bad. He wants to win as bad as anybody. Like Larry (Bird), Larry wanted to score 60 when Kevin (McHale) scored 56 and those are challenges that they have. I think all the great players do try to challenge themselves and I don’t think there’s anything wrong with wanting to get triple doubles on national TV but if it comes at the expense of winning then that’s another thing. I think that if that happens with Rajon, first of all I think he will mature out of that and I think he will sort of grow out of that phase. He is still very young.”

Whether he has talked to Paul Pierce about a possible trade given that he could be an asset at the deadline:

“No, because nothing has been talked about with Paul (Pierce) or discussed. Nothing is close to being done. I too would like to see Paul Pierce retire as a Celtic. That would be great. We’re all attached to Paul. Paul has been great for the city, the franchise, each of us individually and a true pro. Having said that, if something came up I would talk to Paul but my job is to do what is best for the Boston Celtics fans, for the Boston Celtics team and what’s in the best interest of our team regardless of my personal ties or personal relationships with players.”