Right when it looked like the Boston Celtics had turned the corner and their inconsistencies were a thing of the past, something happens to change that opinion. Inconsistency continues to hamper this team. Maybe it’s just who the Celtics are and will be this season. Boston is a team that has been riddled with injuries, surrounded by trade rumors all season, and they have a roster loaded with veterans and in a condensed schedule that is not a good thing and have shown the effects of it. Boston looks destined for a postseason berth and one more run with the Big Three barring a late-season collapse. However, despite their talent, given all the warts that have shown up during the regular season, it’s tough to envision Boston upsetting any of the top teams in the Eastern Conference in the playoffs. Danny Ainge joined KFNZ in Salt Lake City with Spence and Scotty to talk about on the Celtics this season, how Rajon Rondo handled the trade rumors about him, how tough it is to balance the here and now with the future when exploring trades, how important it is to him that Paul Pierce retires as a Celtic, and his thoughts on Kevin Garnett playing so well this late into his career. 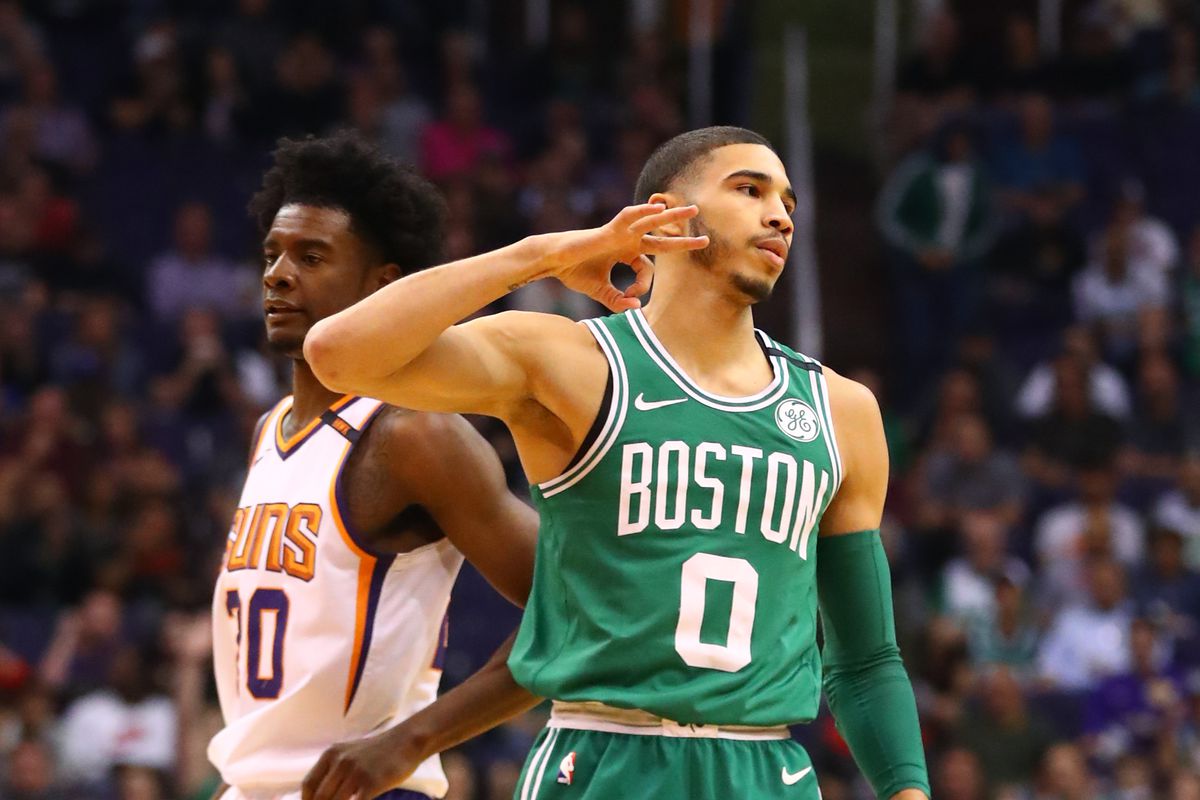 On the Celtics this season:

“We’ve been up and down. We’ve had a lot of injuries and we just haven’t been as consistent as we would like. Some nights we’re very, very good and there are some nights where we look like we are Jurassic Park.”

On Rajon Rondo’s name being mentioned in trade rumors this season:

“I think it’s a credit to Rondo, who he is, just how good of a player he is, and just some of the players who were consistently rumored to be traded were some of the better players on good teams. I think there was a rumor that got started about Rondo being traded and I went on immediately and said we’re not trading Rondo. There’s no truth to the rumor but it just, for whatever reason, someone reports it and they assume that it’s true and assume I have to do what I’m doing to protect my players and the story just grew and grew and grew but Rondo knew there was no truth in the rumors. That’s all that matters. There is a lot of talk, it’s a lot of fun discussion for you guys on talk shows and all that but there was never any truth to that.”

How tough it is to balance the here and now with the future when exploring trades:

“You’re always trying to weigh the difference between the now and the future and sometimes depending on how good your team is you need to do things and sacrifice some things for the future but my philosophy this year, going into this year, were to remain patient, try to be creative as I could but at the same time remain patient and not give into the temptation of doing something that would jeopardize our future.”

How important it is to him that Paul Pierce retires as a Celtic:

“I don’t get caught up in that. Paul is always a Boston Celtic and will always be a Boston Celtic and he’s an odds on guy to complete his career as a Boston Celtic but I’m not really sentimental about those types of things. Of course we would like that to happen and probably will happen but time will tell I guess. Paul may be playing for four or five more years I don’t know. The way he played the other night with 36 points and 11 rebounds, it looks like he has a lot in the tank.”

“I have a lot of respect for Kevin as a player, as an outsider, as a broadcaster, as an opposing coach, and so forth in KG’s career. But my respect for KG continues to grow. At what he’s doing in his stage of his career, what he could do, he’s made all the money in the world and he just continues to get better and better and stronger as this shortened season has gone along. Kevin Garnett changed our franchise. He came in and his work ethic, his unselfishness, his commitment to the team, and especially on the defensive end, he’s a special person. I’m amazed that he’s one of the Top 20 scorers because he really is a guy who focuses on defense and passing and sharing the ball and it’s a credit to his longevity and consistency and like (John) Stockton and (Karl) Malone, he’s a guy who shows up to play. Doesn’t make any excuses, never misses any games, plays hurt all the time, and he’s been very professional and durable through his career.”