The highly popular and hugely marketable Danica Patrick enters her seventh season in the IRL and second season driving part-time in NASCAR’s Nationwide Series.  So far, she is confirmed to run the first four Nationwide races before returning to the IndyCar Series kickoff in St. Petersburg, FL, the week after the Nationwide spring event at Bristol Motorspeedway.  After a somewhat disappointing Nationwide rookie year, Patrick hopes her sophomore season will be more successful. She finished no better than 19th in her 13-race schedule in ’10, but she knew heading into last season that it was going to be her toughest year to date yet.  Patrick IRL contract runs through the end of this season and her camp has made it clear that her ultimate goal is to drive full-time in the Sprint Cup Series by Will a Sprint Cup attempt be in her cards next year?  Let’s just see how she does this month.Danica Patrick joined ESPN Radio in Dallas to talk about whether she would pursue the Las Vegas IndyCar race for the $5 million prize if she were a full-time NASCAR driver, if she is enjoying where she is at in this stage of her career, and how long she feels she can keep up with the busy schedule she’s currently negotiating. 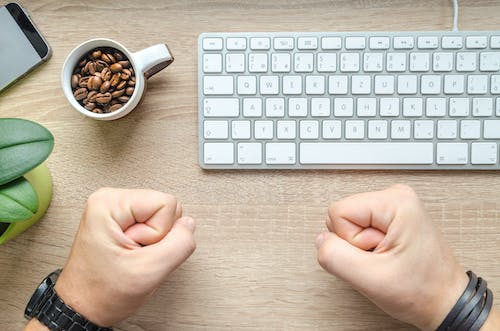 Whether she would pursue the Las Vegas IndyCar race for the $5 million prize if she were a full-time NASCAR driver:

“Heck yeah!  $5 million bucks in my pocket.  Well I would like to think that mile and a halves are a strong suit of mine, so heck yeah, if I wasn’t an IndyCar driver I would be giving it a whirl, that is a lot of money on the line.  Take a chance.  But that is quite the storyline, to go to the last race and have a bunch of new faces out there potentially influencing the outcome of the race and the championship, and then having the championship winner win a million bucks and that guy winning $5 million bucks.  Give in it is a tough task, that deserves an award but that is the point.  It is creating such a story and buzz that people are talking about it.”

If she is enjoying where she is at in this stage of her career:

“I am having a good time.  I knew last year going into it, doing both Indy Car and NASCAR, NASCAR for the first time, I knew it was probably going to be my toughest year ever, and it was.  Between racing and the disappointments that I had and the frustrations and then to have such a busy schedule, I mean it is February or know it is March.  Last year in February, I had literally two Mondays at home.  I had two days at home and then the rest of the days was media and racing and testing, and all kinds of stuff, so it was a much, much more complicated schedule, but it is a little more under control this year and last year had so much to do with announcements, everybody wanted their announcement from me driving their car in NASCAR, everybody had their, wanted their little piece.  Not to mention that, I mean the racing started earlier.  I was racing at the last week of January, first week of February last year and this year it started February 18th or 19th.”

On how long she feels she can keep up with the busy schedule she’s currently negotiating:

“You know what I think of when you ask me that question?  I think of when I met Mark Martin for the first time when I was back in Phoenix, it was the end of the year before I was going to do like a reduced schedule, and I was like, ‘Man, isn’t it so much work and so exhausting?’  He was like, ‘Yeah it is a lot.  It really is.’  Here he is right back at it for years and years after that and he, how old is he?  52?  What I am saying that it proves that you get used to the schedule, you get used to the routine, you get used to how to deal with it, and you know you are able to manage it, and if you are working that hard hopefully you are making more money and hopefully you can afford the luxuries to make your life easier, like, a private jet, or like being able to stay in nice hotel rooms and make the most of a trip, you can kind of minimize your time and maximize when you are there, so you have a nice bus to stay in then, so you can kind of adapt.”