Danica Patrick Hopes She Is Better at NASCAR than IndyCar

Danica Patrick has decided she needs another challenge. She has just signed on with JR Motorsports to drive in NASCAR’s Nationwide Series next season. Now this doesn’t mean she is leaving the IndyCar Series as she just signed a two-year extension with the Andretti Autosport team along with an option for a third which may keep her in the Series until the end of . Despite driving for a top team for the past three years, Patrick has only one win in 81 IndyCar starts, after taking the checkered flag at the  race in Motegi, Japan. In comparison, her teammates have had considerably more success. For example, Dario Franchitti won the  title with four wins, including the Indy , before leaving the team at the end of the season. So why would NASCAR and JR Motorsports want to sign a mediocre driver and expect the switch to be made? Well it is all about the money.Other open-wheel drivers, like former Formula One world champion Jacques Villeneuve and two-time IndyCar title winner Dario Franchitti, have struggled in stock car racing and have yet to adapt to the different type of racing. It remains to be seen how good she is going to be because Danica claims that she hasn’t driven a closed-wheel racing car in quite some time. After all, she may not need to be good for JR Motorsports and NASCAR. Patrick’s charms might be just what NASCAR needs. Its television ratings slipped this year. Its track attendance dropped by about fifteen percent and a number of sponsors jumped ship.Danica Patrick joined The Dan Patrick Show to talk about her deciding to race in NASCAR’s Nationwide Series next year. 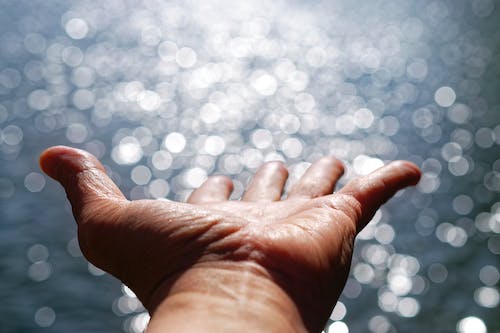 On her new move and whether she reached out to NASCAR or vice versa:

“Um I don’t know. I think it was a mutual thing. I mean I think that they called me. I did receive the first call I would say. They welcomed me with open arms. It was a very nice thing. It was really nice. It is really refreshing and I think it is going to be fun.”

On why she chose to take her chances in NASCAR now:

“Because it is contract year… And because I finally think I am ready. I don’t think I was really ready the last time my contract was around which was three years ago. My schedule over the three years really increased. With that I have found some comfort in what seems to be an insane schedule because I think that schedule might have some at least predictability to it since you are racing every weekend. At least you know that you are doing every weekend. Where now I just think: What am I going to do nest: How many planes am I going to be on this week and what am I going to be doing? So I am actually looking forward to some consistency.”

On the physical differences between Indy racing and NASCAR:

“I am not really sure Dan. I am really not. I haven’t driven one of those cars for, I mean I drove a Busch car on a tiny little track in South Carolina like seven or eight years ago.”

On the fact that she hasn’t driven a NASCAR-type car in seven or eight years:

No. How was I going to? I was under contract…”

Whether she knows if she can drive a NASCAR:

Nope but we are going to find out…”

Whether she is going to race at Daytona:

“I don’t know yet. We have yet to 100% set the schedule. But my primary focus is going to be before and after the Indy car season.”

On whether she has thought this NASCAR switch all the way through:

“Um yeah I mean trust me I have put some thought into it but we are trying to figure out what the best thing is to do. We are trying to figure out when the right time is and we want to make sure that when I get out there that I am competitive and I run well and I al prepared. Daytona is a challenging, challenging race. It is basically a Cup race. Is that the right time to start or not? We will have to make that decision.”

On the last time she spoke to Dale Earnhardt Jr.:

“I sent a text this morningHe sent me one last night that said I am really excited this happened. Really looking forward to it. Welcome. And I sent one back saying that I am really excited and I am going to need your expertise along the way but let’s go do it!”