Back in Dana White took over as President of the UFC with a goal to turn a fringe sport like MMA into a mainstream monster. White took the biggest step towards attaining that goal last week when he helped ink a 100 million dollar deal to put the UFC on Fox. The deal they struck is a landmark deal in the history of the MMA. The man responsible for it is Dana White. White is top-notch when it comes to marketing the sport, he is extremely smart, he is willing to take risks, and it seems like everything he touches turns to gold. This deal with Fox is just another example of his brilliance and his hard work paying off. It was just ten years ago when White took over as UFC President. Their first live card generated just $115,000. Flash forward a decade and 100 million dollars later and his company is where he always wanted it to be. On mainstream television. Dana White joined Fox Sports Radio with Petros and Money to talk about how big the deal is with Fox, how he decided on Fox, what he plans on doing with the TV series “The Ultimate Fighter,” who was the main person behind the growth of the sport, and talks about the upcoming card featuring Anderson “The Spider” Silva. 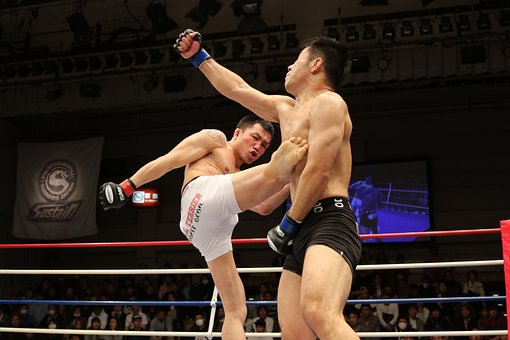 How big the deal is with Fox and the UFC:

“It’s huge. We’ve had a ton of milestones. If you look at the history of the UFC of where we’ve been and where we are if you stacked ‘em all up on top of each other this one blows it away by a mile. It’s such a huge deal for us. It’s the dream deal that I’ve always wanted and that date is very important. The way that I look at it I don’t know how into it you guys are or how far back but we had a very monumental fight one time on Spike TV at the end of our first season of the Ultimate Fighter between Stephan Bonner and Forrest Griffin. The way that I look at this first fight on Fox it’s that fight all over again. We’re gonna reach millions of people that don’t know anything about it, have never seen it before, and we gotta come out swinging.”

How he decided on Fox:

“So what happened was we were in negotiations for the last nine months with everyone from Spike, to Fox, to Comcast, CBS, Turner Group, you know we talked to everybody. Everybody was interested and it’s funny because this Fox deal really came out of nowhere. They came out hard right at the end and there’s a guy over there in Eric Shanks who was with DirecTV originally so we had a great relationship with him. Once we really sat down and started talking it moved pretty fast. I was supposed to do the car wash, they call it the car wash over at ESPN and that got yanked. It was supposed to be but it’s been resolved let’s just put it that way. It’s been resolved.

What will happen with the series The Ultimate Fighter:

“Our deal was up with Spike TV in January so come January everything goes over to Fox including the Ultimate Fighter, our reality show, which is one of the top ten longest running reality shows in history. The cool things that we’ve done, it’s going to FX, we’re gonna be on FX and we’re gonna do it live. The reality will be what we call Jive Live. It will be about things that have happened in the last three days (Host: Kinda like 24/7?) Exactly and then the fights will be live. Nobody’s actually done this before. It’s gonna be fun, it’s gonna be interesting and it’s groundbreaking television.”

What fighter helped the UFC grow to where it is at today:

“I would have to say Chuck Liddell. Chuck Liddell was the guy who really carried this thing on his back for the early years when we were getting this thing off the ground. We had some guys who were big stars but Chuck was really the man. Chuck was the guy with that look and everything else. When people saw him you knew that was the Ultimate Fighting guy. What’s really happening now is as big as this sport has become this is our new launching. When this thing goes on Fox in November millions of people who have never seen the UFC before will see it that night on Fox. Some people are gonna tune in who have heard of it. ‘Yeah I have heard of this thing, but I have never seen it.’ That’s gonna be our big coming out party in November.”

“Anderson Silva is the pound-for-pound best fighter in the world and probably the best fighter in UFC history. This guy does things to people that nobody else can do. What he can do with his hands, knees, elbows, and fists is incredible. He’s broken every record in UFC history. When we go down to Brazil for this fight. When you land in Rio they are marketing all their big events that are coming down there in the airport. It’s World Cup, UFC, and the Olympics coming to Rio. When we put this thing on sale we did a 14,000 seat arena, 350,000 people were looking for tickets to this event. When this thing airs, it airs on open TV down there, 40 million people will watch this fight on Saturday night down in Brazil.”