No team picking outside of the top 10 in the NFL draft has received more national attention than the Dallas Cowboys. America’s Team has some obvious holes to fill, especially on defense. But at least they’ll enter the draft knowing that veteran pass rusher Anthony Spencer will be on the roster after Spencer signed his franchise tender earlier this week.Cowboys vice president Stephen Jones joined 105.3 The Fan in Dallas to discuss the Cowboys’ draft plans. He addressed the league’s decision to allow teams to keep 10 more players on their offseason rosters and how that affects the draft, touched on the possibility that the Cowboys draft a receiver and stated that the team was never considering removing the franchise tag from Anthony Spencer. That said, Jones essentially predicted that Spencer wouldn’t get a long-term deal this offseason. 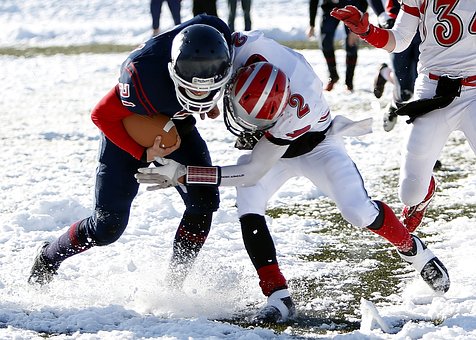 On how the expansion of offseason rosters can work to the team’s advantage:

“It allows us to put 10 more players on our roster that we normally wouldn’t be able to have, and we do take a lot of pride in the end of the draft and really targeting what we feel like’s an eighth round. In the old days, we’d pick for 12 rounds. And after the seventh round’s over, it’d be like having the next 10 picks if you can really get on your horse and find the right guys you like and have a methodical way of going about it. And you’re getting, in our opinion, the next eight, 10, 12 players that would be on your board — you’d get to sign those guys. And we feel like that’s money well spent for us and historically it’s paid dividends for us.”

On how seriously Dallas is looking at a wide receiver in this year’s draft:

“I think we’ll look at anybody. Obviously we lost Laurent (Robinson) and we had some resources set aside for him in terms of money. And it didn’t work out and his dollars ended up being a lot more than we could actually pay. … So anyway, we certainly wouldn’t rule that out in terms of us, if the right guy were sitting there and we think a guy can come in and compete for that third spot. And at the same time, we are very pleased with some of the young, up-and-coming guys we have that are gonna compete with Kevin Ogletree.”

On if there was a chance the team would have removed the franchise tag from Anthony Spencer had he not signed prior to the draft:

“No, not at all. We’ve had a great relationship with Anthony. I mean, he’s been a really good football player. I think some of the things that are said are unfair that he wasn’t worthy of a franchise tag. I think the guy is really a damn good football player and I think (if) a few things fall right and we’re doing some adjustments to where he can actually rush the passer even more, he’s liable to have one of those years this year where he goes from a really, really good football player to one who’s really coveted. So we’ve really kind of kept the communication good with him — he did sign the tender, probably more than likely because he feels like he can have one of those years and up his value, then more than likely he’ll play that tag out and we’ll see where we are.”