Cowboys COO Stephen Jones: Dez Bryant “Needs to be a No. 1 Receiver”

The Dallas Cowboys are running out of excuses. They haven’t experienced true playoff success since they won the Super Bowl  and you can tell that owner Jerry Jones and his son, Stephen, are growing frustrated with being good, but not great, on pretty much an annual basis.Dallas Cowboys COO Stephen Jones joined Ben & Skin on ESPN Dallas to talk about the team’s only goal, misconceptions about his dad, disgruntled cornerback Mike Jenkins and his expectations for Dez Bryant. 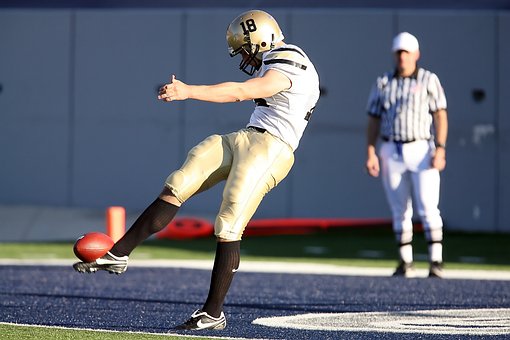 On parity and lucky breaks playing a large role in year-to-year-results:

“Well, I think that can be an excuse. I think there is, with the salary cap and people spending the same amount of money. The Giants proved it. They didn’t necessarily have a great year all year long but they were able to jell at the right time and get their injuries right. Whereas Green Bay, on the other hand, was pretty dominant all season long from start to finish but then couldn’t get it done in the playoffs. We’ve been in that position before, with Wade (Phillips) — we went 13-3, were the No. 1 seed and let a game out here at Texas Stadium get away from us against the Giants, or more than likely we’re on our way to the Super Bowl. Those are excuses. You can’t say, ‘Hey, well we’ve been close here, we’ve been close there. But to me the good news is we do believe we’ve got the pieces in place. … The only goal we should have here is to win football games and get in the playoffs and win playoff games.”

On misconceptions about his father, Jerry Jones:

“I think he does listen well. I think we hire good people, we’ve got a great personnel department … I believe we’ve got one of the best coaching staffs. And it’s not like he’s going around making decisions in a vacuum. He really counts on our people to have input, he’s very open-minded to input from me. I think that’s probably the most unfair criticism is people just think he’s holding his thumb up in the air and making decisions because he can. I mean, that’s just not right.”

On the Mike Jenkins contract situation:

“We really analyzed our situation and felt like if we’re gonna — this is, more than ever, a passing league — and if we’re gonna get better … our criticism is we’re not hanging on in the fourth quarter, then we’ve gotta get better back there. And obviously we made a tough decision with Terence Newman. He had a great career here, but (we) made the decision that it was time to move on from Terence. At the same time, with Mike, we wanted to have a very competitive situation at corner.”

On if Dez Bryant has met his expectations thus far:

“I think it’s right there. I mean obviously he’s made a lot of big plays for us, and there’s — the frustrating thing about Dez when we picked him and then when we came out and saw him is he’s better than we thought in terms of his skills. And so you sit there and you say, ‘Boy, it seems if he could put it all together that he should be one of the dominant receivers and top two or three receivers in the NFL.’ Not that he’s not, but he statistically hasn’t been that way up to this point. So when you got a guy with that type of — and I’ll use this word carefully — freakish-type talent, then of course you think, ‘Boy, seems like he could be, statistically as well as a player, one of the best in the business. So that part of it right there, you have higher hopes for him. But I think he is getting better. … He’s had his finest camp since he’s been a Cowboy, and he’s an electrifying guy when he’s rolling … he’s got a chance to have a breakout year this year.”

On what Bryant has to be for Dallas to reach its goal:

“Well I think he needs to be a No. 1 receiver. Not to take anything away from Miles (Austin), but I would submit to you that when we line up out there that the guy they’re the most worried about’s Dez. And he’s gotta be that guy, and even when they do try to stop him, the great ones still make a lot of plays. Tony’s gotta be able to count on him, he’s gotta run the right routes at the right depths and be a precise route runner. Those are the things he’s gotta improve on. If he can do those things then obviously we can really achieve what we want to accomplish, which is win a championship.”