Could Former Florida Star Bradley Beal Land In Charlotte With the No. 2 Overall Pick?

Everyone already knows who the No. 1 overall pick in the NBA Draft will be after the dazzling season of Anthony Davis at Kentucky. Figuring out who’s going to go No. 2 becomes a little bit trickier. One of the names being tossed around is Florida guard Bradley Beal, who could find himself in Charlotte if the Bobcats don’t trade the pick.Beal didn’t have overly impressive numbers in his one season at Florida, but never really saw that hinder his draft stock. He says he wouldn’t mind playing in Charlotte despite the fact that the team posted just seven victories during the entire past season. Oh, and he says he could beat Michael Jordan on the court right now.Bradley Beal joined WFNZ in Charlotte with Mac Attack to discuss the contact he’s had with the Bobcats, the idea of going to a team owned by Michael Jordan, why he won’t be disappointed if he falls in the draft, who he models his game after, the criticism of LeBron James, Anthony Davis’ potential in the NBA and playing for a team coming off a terrible season. 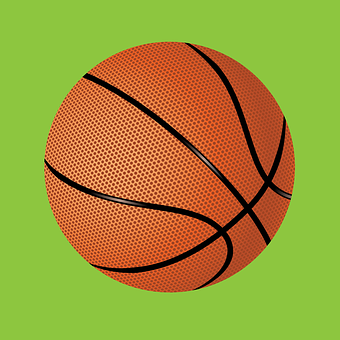 Have you had contact with the Charlotte Bobcats yet about potentially being the No. 2 overall pick?:

“That’s a big accomplishment and a big honor to be actually considered one of the top five picks, and number two at that. I really haven’t communicated with them too much. My agent has been doing all that. I’ve just been focusing on working out and getting ready for the combine this week.”

Does it make it special that Michael Jordan runs things in Charlotte?:

“When you look at it, it kind of does. He’s probably the greatest player ever to play the game. It’s kind of like you’re playing for him and kind of learning from him at the same time. To play with him, or any other team in the league, it would be an honor.”

What pick would you have to fall to in order to be disappointed?:

“Honestly, I wouldn’t be disappointed. I guess I’m considered as one of the top lottery picks, but I can’t complain with falling because I’m still going to get drafted. Just being drafted, period, I can’t imagine anything better than that.”

Describe your game. Is there someone you model it after?:

Do you think you could take Michael Jordan on the court now?:

Your Twitter feed indicates you think LeBron James is unfairly criticized. Explain that:

“Right now, in my opinion, I believe he’s the best player in the league right now, best all-around player, anyway. I think he gets criticized more than he should. Yes, sometimes he doesn’t convert in the fourth quarter. But there’s other guys in the league who don’t do it as well. Last night, for instance, guys want him to shoot the ball at the end of the quarter when he had like three or four guys on him just sitting in the lane.”

Do you think Anthony Davis will be great at the NBA level?:

“In my opinion, he will, just because of his athletic ability, his ability to shoot the ball and to bring guys out of the lane. He’s very versatile. Playing against him, he’s very long and he’s terrific at blocking shots, getting out on the break, beating big men up the court and finishing at the rim. I think he’ll fit in really well at the next level.”

Do you look at the Bobcats and think it could be a tough spot to go considering their awful season?:

“There’s always the possibility of things turning around. Look at Kevin Durant, he went to the SuperSonics and they weren’t very good when he went there and now look at them. With OKC, he’s turning them around. It’s always possible that turnarounds can happen with a great supporting cast. You never know.”