When Jim Calhoun took over as the head men’s basketball coach at Connecticut in 1986, he did so with the mentality that the Huskies should have been better than they were. During his 26-year stint, he certainly proved that to be true, winning three national championships before retiring Thursday with 618 victories to 233 losses.That said, he doesn’t step down without some blemishes to his resume. He was suspended for the first three Big East games this past season after being cited by the NCAA for failure to create an atmosphere of compliance. And the Huskies won’t play in the postseason during the upcoming year due to low APR scores. Still, Calhoun says he always coached with the best intentions and leaves with no regrets.Jim Calhoun joined WFAN in New York with Mike Francesa to discuss his decision to retire, what the tipping point was, his most crucial early decision at UConn, what he hopes UConn basketball is known for, games that stand out, why he believes the success will continue and why he has no regrets. 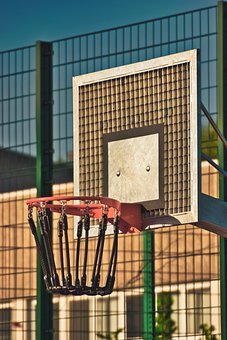 On his decision to retire from UConn:

“There’s some [weirdness] obviously only because I’m leaving the gym, which is what I know and love. Conversely, one of my own [assistants] is taking over and secondly, we have a great staff. I like the future of UConn. It’s an unusual year, but I made my decision that it would be a good year because this time was coming. It was inevitable.”

What was the deciding factor?:

“Now the decision, I thought when we won the championship a couple years ago, I never gave myself time to truly think it through and I didn’t take the words of a guy who was much like a mentor to me in Dean Smith. Deano said, ‘Don’t ever think after an incredibly glorious season because you need the time to get to fall. … Conversely, if it was a very disappointing season, don’t make [a decision] then, make it in the fall. This year, I gave myself that time, truly gave myself that time. The funny thing is the injury only played a part in the fact that I couldn’t do anything with a broken hip for a couple weeks and it gave me a chance to think an awful lot.”

What was the most pivotal decision you made during the early part of your tenure at UConn?:

“People on campus were talking about getting out of the Big East and going back to the Yankee Conference and I think the first thing I did was I brought in hope. … If I could make people believe, that was the first thing. That winter, we lost Cliff Robinson, 19-year pro, and Phil Gamble, for academics. All we did was get the kids together, fight like crazy, brought eight players in, and the fact that I didn’t waver one single bit, I said, ‘Universities are put together with rules and institutions and standards.’ … We instituted a program and the fact that we stood tough with six scholarship players was a very difficult time my first year.”

When you hear UConn basketball, what do you hope it stands for?:

“I want it to be a family. That’s the thing Dean Smith taught me … and that is what I want. I want the excellence to continue, obviously. I want the family to continue. Sixteen months ago, we won a national championship on a great, great run. We went to the NCAA Tournament again last year. We’ve had three lottery selections in the past three years, so UConn is about excellence and UConn is about family.”

Is there one game or one championship that means more than the others?:

“I don’t know if one means more, but I think to the entire country we were a school that was right there. … When we won it against, not a good, but a great Duke team — considered unbeatable … and we beat them in that great 77-74 final, I think for UConn that’s the most special game.”

Is there any reason to think UConn can’t continue what you helped build without you there?:

“No, I mean, if we get the continued support — and I plan to give an awful lot of support certainly — but from the university and the trustees and our president and our athletic director. Every time I had an All-American leave, and I’ve been fortunate enough to have a lot of All-Americans leave … they all said you weren’t going to be as good the next time around and somehow or other we were as good the next time around.”

Do you have any regrets in your career?:

“I don’t have regrets. I wish a couple things hadn’t happened the way they happened. That’s in everybody’s career. If you and I went around the country today, we’d be shocked about a couple of the schools’ names that are in the paper today. They don’t normally get in the paper for those kinds of things because mistakes happen. But some of those mistakes, you and I both know, can’t be averted. That’s the society that we live in today. … But the mistakes weren’t of venom, the mistakes weren’t of malice, they were always well-intended. … I always tried to do the best I possibly could.”