In the last six years, the New Orleans Saints are 6-6 against the Tampa Bay Buccaneers. Currently, the Saints are 1-4 with their first win coming against the San Diego Chargers two weeks ago.New Orleans is coming off a bye week and it may have come at the perfect time for this team. In order to make a playoff push, Drew Brees will have to be exceptional in order for the Saints to go on a big winning streak. Brees believes his team is fully healthy and ready to turn things around.Drew Brees joined WWL in New Orleans with Bobby Hebert to discuss spending time with his family on the New Orleans Saints’ bye week, the Saints running the football effectively against the Bucs, Jonathan Vilma and Curtis Lofton playing effectively together on defense, the importance of beating the Chargers before the bye week and the Saints’ ongoing rivalry with the Bucs. 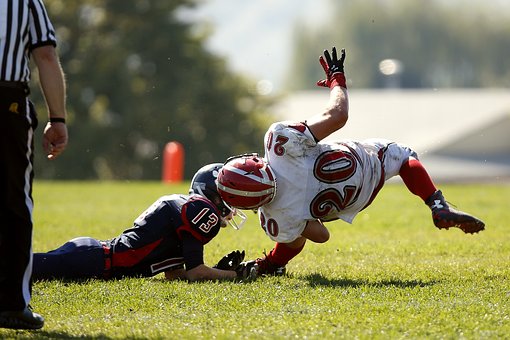 How did you spend the bye week last week?

“It was much-needed and it was great and it was probably one of the best weeks I’ve ever had just with Brittany Brees and the boys. We stayed here and just went out to the park every day and just went on all kinds of little adventures with the boys and just got a lot of quality time in. It was great.”

Would you say that the Saints must run the ball effectively against the Bucs on Sunday in order to win?

“Yeah I think we are at our best when we are as close to balanced as possible. Obviously each game requires something different, but I think you kind of see that as you get into the game and see how teams are playing you, if you execute your game plan. I think for us we  talked about it and want to make the emphasis of … just establishing the balance and I think it really dictates the tempo of the game and it really allows us to be our best. It’s something we always strive for. I would say this: The Bucs defense, on paper, may show they’ve given up 300 yards passing a game, but the stats are somewhat inflated because of that 500-yard performance by Eli Manning so early into the season. Realistically it’s probably more in the 200s and when you are stopping the run the way they are, it kind of forces a team to throw it. I think they had an inordinate amount of passing attempts against them, but the fact is we want to be balanced. We want to be able to execute both the run game and the pass game and that’s what would allow us to have the greatest success.”

Can Jonathan Vilma and Curtis Lofton be of value to this team this year?

“How that shakes out, I’m not sure, but certainly both of those guys are tops in the league, and have been for the last three years, in regards to tackles, and they are both impact players. They are both used to being the guy in the middle who’s making all the calls and all the checks and making all the tackles and doing all those things. There’s no reason why both those guys can’t be extremely effective, so we’ll see how it shakes out, but I’m glad we have both of them on our team.”

How important was it to get a win heading into the bye week?

“It was definitely important, especially because we feel like we have been working so hard and continually just getting better and better. You just want that to result into wins so bad. You fight so hard for it and, really, it legitimizes as much credibility of everything we have been doing, in what we are talking about and preaching here over the last few weeks. And it’s just great it was able to result in a win on Sunday Night Football, in the dome, in front of our fans, going into a bye week that I think was coming at a good time, just in regards to some guys getting healed up healthy and getting our full arsenal together.”

Does it help that you know the Bucs so well going into this game because you’ve played them so close in the past few seasons?

“It’s a division opponent so that adds a little bit extra, especially when you go on the road. You have to understand the importance of going on the road in the division. Those are huge wins. They pay dividends, especially as the season rolls along, but I say it’s been very even with these guys over the last few years. At the end of the year we accumulate more wins, or have the last few years, but it seems like we are always trading shots.”