After an extraordinarily collegiate career filled with individual records and team success, Colt McCoy is finding the NFL to be inhospitable in comparison. The Cleveland Browns rookie struggled early on in training camp and in the preseason, but came on a bit during the end of August to make the 53-man roster. He’ll begin the year as the No. 3 option at quarterback for Mike Holmgren and Eric Mangini. Though Holmgren declared after McCoy was drafted that he intended to not play the former Texas star in  you never know what can and will happen, particularly when you consider that Jake Delhomme and Seneca Wallace are the two standing in the way of him seeing the field.McCoy joined KILT in Houston to talk about the ups and downs of his first NFL training camp, making the transition from starter to third string reserve trying to learn the ropes, the similarities and differences between the Browns and Longhorns offenses, what he does to try to familiarize himself as best he can with the Browns offense, his former college teammate Vince Young, and how he thinks he should be handed the Heisman Trophy now that it’s been stripped from Reggie Bush. 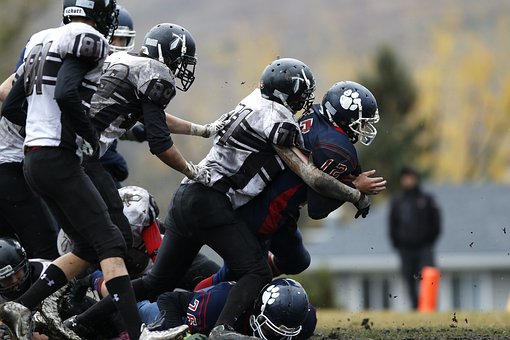 On how he felt his first NFL training camp went:

“I felt like it went really well. Obviously as a rookie and you’re trying to come in and learn a new system, learn just the way the processes in the NFL work, it was difficult at times, but you can’t ever let your head hang low, you’ve just got to keep fighting, keep working. I feel like it’s a great fit, it’s going to be a great situation. So I’m just really working hard, I finished off the preseason pretty well, so I’m just looking forward to the season.”

On the adjustment from going to ‘the guy’ to a reserve that doesn’t figure to play this coming season:

“Yeah, Coach Holmgren said that from the beginning, and he had a lot of points behind that that probably people don’t listen to or hear. But he did it with Brett Favre, he did it with Steve Young, he did it with Joe Montana, and he’s doing it with me. Not that I should have my name mentioned in the same sentence as theirs, but to understand that he has a plan for me, he has a plan for my future and my career, and he did come out and say that from the very beginning without ever seeing me take a snap. I know that it’s a great situation and a great fit, obviously because he’s here. But our team has done really well this camp, we’re really looking forward to this season, and you never know what’s going to happen over the course of a season, but hopefully we can stick to the plan. You know, hopefully it will be just like a redshirt year – working really hard, understanding offensively what we’re as a team trying to do, get a little bigger, get a little stronger, and just become more mature and smarter as the year goes on, and be ready to go next year.”

On what the similarities and differences are between systems run at Texas and at Cleveland:

“Right, there’s been a lot of crossover actually from the playbook at Texas and our playbook here.  As far as concepts, routes, the route-tree, the routes to be run, the play-action that we have – the majority of it’s the same, it’s different words, longer sentences, longer play calls. But when you break it down and when you get used to what you’re doing, it’s really very similar; lots of the same of what you’ve been doing your whole life.”

On if he works at night alone on saying all the play calls so that he gets a better command of that aspect of his responsibilities:

On if he thinks Reggie Bush’s stripped Heisman should be handed to his former Texas teammate Vince Young:

“I mean obviously if they’re going to strip it from Reggie, it should go to the second place guy, and that’s Vince. You know, Vince is obviously a close friend of mine and he taught me a lot while I was at Texas, and I really look up to him. So it’s just a matter of…I don’t know how that all works, but I think it would be really neat.”