After Some Delay, Illinois Tabs John Groce as its New Head Basketball Coach

Shaka Smart decided not to take the job at Illinois and Brad Stevens wasn’t even ready to say that he was contacted by the folks with the Fighting Illini. After a bit of a process and much public debate about whether or not the job was still considered an elite-level gig, Illinois finally went with Ohio coach John Groce, making it official with a press conference Thursday.Groce, who says he grew up about 100 miles away from Champaign, said it certainly still feels like a prime-time gig to him. Now he’s charged with turning around a program that has plenty of history (not recently, however) and he’ll have to deal with a situation where folks in the area are eager for Illinois to regain recruiting ground in Chicago.John Groce joined ESPN Chicago with Carmen, Jurko and Harry to discuss not being Illinois’ top candidate at the beginning of the search, why it was a no-brainer for him to take the offer, the importance of recruiting Chicago, maintaining his Midwestern roots, style of play and the magnitude of the Illinois job at this point. 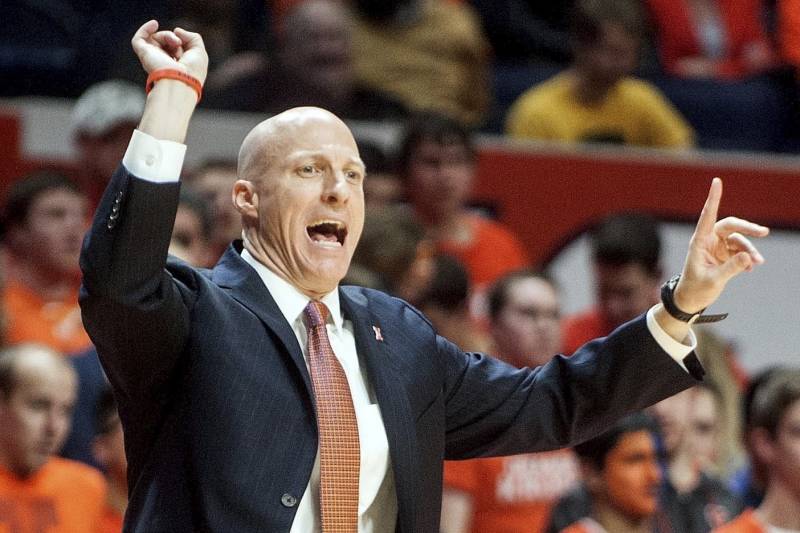 Does it bother you that other candidates publicly spurned the job and you didn’t seem to be the top choice?:

“No, not at all. This whole thing for me was about fit. I don’t get caught up in things I can’t control. For me and my family, we thought it was a really special opportunity and a tremendous fit.”

Was it a no-brainer decision?:

“It was a once-in-a-lifetime opportunity for me and my family in terms of, I grew up about 100+ miles from here. Yes. Like I said at the press conference, the only thing that was difficult was leaving, obviously, those kids behind. We had our whole team coming back. They’re a big reason why an opportunity like this presents itself and I love those kids back in Athens. That was the hardest part.”

There has been a lot of angst over Illinois not getting recruits out of Chicago. How important is Chicago to you?:

“I think it’s important to develop a link to Chicago, obviously, because it’s a major city in our state. When you’re talking about branding Illinois basketball, it starts inside the state borders. That part’s important; there’s no doubt about it. … We understand how good the basketball is there and I think there’s great opportunities there for us for sure.”

How important was it to you that the job is in the Midwest, where you seem comfortable?:

“I feel comfortable and that was one of the things that I brought up when I talked about fit. For me, in terms of areas of the country, I’ve basically lived and coached 15 of my 19 years that I’ve been in the business in the Midwest. I feel very comfortable, know my way around and have really built some great relationships over the years with people that I feel very fortunate to have. I’m excited about having an opportunity to recruit and live in the Midwest.”

Your Ohio team went all out, took a lot of 3s and seemed to do whatever it took to win for one another. Is that what you’ll preach at Illinois?:

“I think for sure the part about being that together. That team was really special, those guys were really together, really tough, really gritty. Obviously in that last game, we shot a few more 3s than we do typically because of their size. We felt like we were going to have to make jump shots in order to have an opportunity to beat North Carolina and we were right there. … We like to have a blend, for sure, playing both inside and out. I think a lot of the 3s that you get that are good ones are because you attack the paint via penetration or by feeding the post.”

There were arguments leading up to your hiring over whether Illinois was still a prime-time job. Your thoughts on that?:

“I think for sure. I don’t know where it ranks. Somebody asked me that. … But I do think it’s certainly one of the best jobs in the country. You can debate where it’s ranked. I think it has the potential to get better and improve. Those are always the situations that I look for, to be honest with you. I enjoy challenges. I enjoy starting at Spot A and trying to get to B and then C and then D and climb. That, to me, is fun, to be able to compete like that and try to find ways to get better.”