Clinton Portis called it a career this past week finishing out with 9,923 yards and 75 touchdowns. He was the Redskins’ second all-time leading rusher with 6,824 yards, a mere 648 yards behind franchise leader John Riggins. Unfortunately No.26 missed out on his goal of eclipsing 10,000 rushing yards. He ended his career 77 yards shy of that mark.The man who was known back in 2005 for the colorful costumes and prank characters signed a 1-day contract to retire as a Redskin. Portis is now looking forward to finding a passion for football again and maybe making his way into the radio business.Clinton Portis joined 106.7 The Fan in D.C. with Holden and Danny to discuss becoming good friends with Sean Taylor, meeting Dan Snyder at an ESPY’s after party, the possibility of working for the Redskins/NFL, not working for the Washington Redskins just yet and meeting Robert Griffin III. 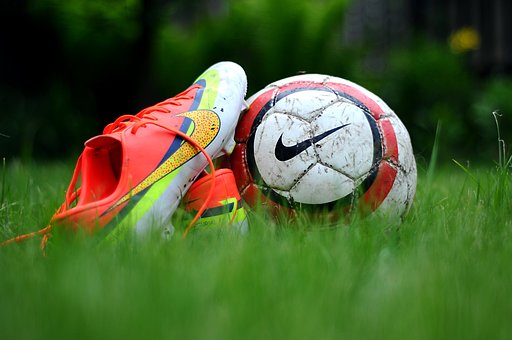 How did a bond between you and Sean Taylor became so close?

“I don’t know. That’s like saying how did you get to be friends with somebody? It just falls into place. You think about the times or you think about the moments and all of a sudden I still reflect to the day that the Redskins was really thinking about drafting Kellen Winslow Jr. over Sean Taylor. I told coach, ‘I think Kellen Winslow Jr. is a great player, but man if we don’t draft Sean Taylor we missing out.’ Coach was like, ‘You really think so?’ I’m like, ‘Yeah. Really. Sean Taylor is going to be special.’ He was and forever will be. There’s not a day that goes by where you don’t think of him and somebody always mentions him. It will always be fresh in everybody’s mind. Just to have that luxury and opportunity to know him and be around him and to say he was a friend.”

Tell us about the first time you met Dan Snyder?

“I think it was at ESPN afterparty, the ESPY’s afterparty. I had no clue who he was. One of his best friends, who I later find out to be Dr.Tony Roberts walked up and thought I was Michael Vick. He was disappointed when I told him I wasn’t. He kind of walked off. I think Mr.Snyder walked up behind him just to kind of smooth things out. He was like, ‘I know who you are.’ I was just again having a conversation with him. I didn’t know who he was, but I was just having conversation. It turned out to be him.”

“I have some things in the works, but being around the team or being on the radio…I think it would be fun. I think always having a passion for football. I’ve always been a fan. I got to find the love for the game again. I got to become a fan again with not playing and just to have that excitement for the game and to have the opportunity to talk about the game and get people the inside scoop to things that are going on. I think that would still be fun.”

So if you were working for the Redskins now you wouldn’t tell me?

“[Laughs] I’m not working for the Redskins man.”

Have you had a chance to be around Robert Griffin III? Do you know him?

“I talked to him on twitter a couple of times and yesterday was the first time I had the opportunity to meet him and chat with him, but it was in the midst of being right around the press conference. A good 10-15 minutes and I’ve always been a fan of his even when he was in school. I told him yesterday I remember telling my best friend like two years ago that man he [Robert Griffin III] needed to go the Redskins. He’s here now. I think he’s going to be great for the city. I think he’s going to bring a lot of spark and a lot of character and they are going to enjoy him.”