Clinton Portis On Being Released “I think they gave me an opportunity to further my career and go somewhere I can help.”

The man of many aliases — including “Southeast Jerome,” “Coach Janky Spanky,” “Dolla Bill,” and “Sheriff Gonna Gethca,” — was officially released by the Redskins on Monday. It was almost certain that Clinton Portis would be packing his bags out of the nation’s capital because of the exorbitant sums of money he was owed ($8.3 million), and the lingering injuries that have riddled his seven-year stay with the organization in recent seasons. Portis had only played in 13 games over the last two seasons due a torn groin muscle last season and a concussion in, hardly enough return on investment even for the free-spending ‘Skins. 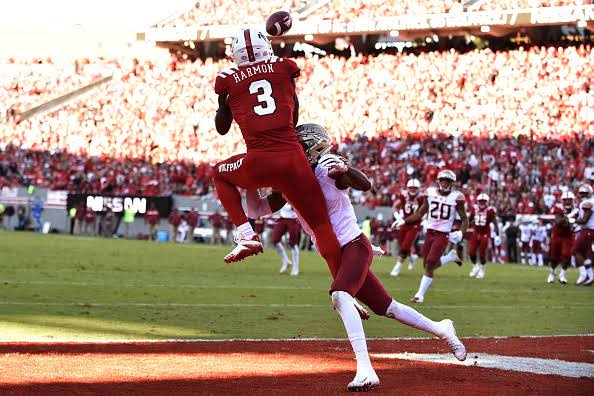 This past weekend while at the combine, Mike Shanahan made it clear that he was going to be looking for running back help in this year’s draft, and that he wasn’t keeping Portis for the current money he was due to make.  That all but signaled the end of Portis’ up and down tenure in D.C. He currently stands just 77 yards shorts of 10,000 career rushing yards, and he leaves the Redskins just 648 yards shy of Hall of Famer John Riggins’ franchise record. He will be remembered in Washington for an astounding season where he set a franchise single-season record rushing of 1,516 yards and leading the squad to its first playoff berth in six years. I thought Clinton Portis had his swan song back in January when he appeared on 106.7 the Fan, but he finally had it this week after being dismissed from the Redskins. Clinton Portis joined 106.7 The Fan in DC with The Mike Wise and Holden Kushner Show to discuss being ready to part ways with the Redskins, is the door closed on a return back with Washington, did he talk to Dan Snyder before he was let go, will it be important that the next team he goes to has less drama than the Redskins had and what was his favorite character that he dressed up during his Washington tenure.

Are you ready to part ways with this franchise after Mike Shanahan made it evident the Redskins are looking for a running back at the NFL combine?

“You know I mean that’s for the organization. You know I think my time in Washington was great. I had an opportunity to play for Coach Shanahan, Coach Gibbs, play for Mr.Snyder, it was a wonderful opportunity. You know I think that song just made me realize what was going on. I think it was a decision that was best for the both of us, for myself and the organization and moving on. You know having the luxury to have that relationship and have that respect from Coach Shanahan or Mr.Snyder that they could have sat and held on and play around or wanted to re-negotiate. I think they gave me an opportunity to further my career and go somewhere I can help.”

Is the door closed on you in DC? Is it over for a return to the Redskins? Or do you think there is a little bit of a chance that he could return on different terms:

“I mean I think there’s a chance. It’s for myself and the organization. I think it’s just…I’ve been in D.C. for seven years you know and it was a joyous seven years. I think as I mentioned earlier I think that the opportunity I had in D.C. I had to grow as a person, as a man, you know coming in as a twenty-two year old being wide-eyed playing for Coach Gibbs and not wanting to do no wrong and getting on the carry. Coach Gibbs came to me actually to run through the back of the stadium you know. I was going to line-up, button up my chin strap, and try to run through the back of stadium, so I think than a twenty-two year old coming into the stadium was a situation that a lot of people thought was money, money, money, money, quickly became a detour. It was more heart and love and passion for a game than it was money. I think came out and displayed that.”

Have you talked to Dan Snyder about the decision? How did the conversation go?

“I talk to Dan [Snyder] and Mike [Shanahan]. It was a tough conversation. The only other time I really heard or saw Mr.Snyder in an emotional situation you know was the time he knocked on the door and told me the late-and-great Sean T [Sean Taylor] you know had passed away. You know I think it was similar. The situation brought me back to that. You getting a phone call and having a conversation and than understanding what was really meant and what I really meant to their organization and to the Snyder family and being grateful for the opportunity that I had to be there.”

Will it be important that your next team you seek out will have less drama than you had here in Washington? Is that something you will actually seek out?

“It definitely will man you know I think that’s one of the bigger reasons of just my time being up in D.C. You know the drama, the issues, the back-and-fourth with teammates or anything. I would love to go to a team that’s already buttoned, that I could just come in and continue to help. You know I don’t need to come in and be the spotlight, the center of attention, and I can continue to come in and play football and do the things if they call on me you know I need to be able to respond. That’s one thing, the spotlight, people say I’m a prima donna or anything else you know I think that situation for me is go ahead do the work quiet and hopefully help a team win a ring. That’s what I’m really looking forward to you know I think going in on to someone else’s team and taking the backseat and not have to worry about ‘Oh Portis, Portis, Portis, Portis.’ You know I think coming in and being able to contribute however I can would be a wonderful thing.”

To some hard-hitting questions now: What was your favorite character you dressed up in as a Redskin?

“I think ‘Southeast Jerome,’ was a character that everybody in the world knows. I think ‘Coach Janky Spanky,’ to me was actually a character that I did at Super Bowl in Pittsburgh named ‘Ditzy Kim,’ that you know not a lot of people got to see. I think it was a morning show during the Super Bowl, but that was the funniest character ever. All of them was nice man. I don’t think you can go pick either if you really knew the mindset of me walking into the locker-room and doing that right before I came up with a name, coming up with a prank or what I was going to say. There was no script written, no set ways. It was like how is this going to go today you know. I always think it’ll be memorable.”