Clinton Portis And The Redskins Out To Prove Doubters Wrong

SRI continues to work in new writers. This post is courtesy of Chris Fedor of WKNR in Cleveland.
In 2007, the Redskins finished the regular season with a 9-7 record and earned a playoff berth. A season ago, the Redskins were one of the best teams in the NFL at the beginning of the season as they got off to a 6-2 start and it looked like they were in line for a repeat playoff performance. Instead Washington struggled down the stretch, went just 2-6 the rest of the way. The Redskins finished the season in last place in the NFC East with a record of 8-8 and missed the playoffs. They faced some injuries during the second half of the season, which certainly contributed to their poor record down the stretch. Another reason they struggled is because running back Clinton Portis wore down at the end of the season and failed to top the 100 yard mark on the ground in seven out of the final eight games. Portis and the rest of the Redskins enter the  season, the second season under head coach Jim Zorn with a positive outlook after some key offseason moves. Washington opens up their season Sunday against the New York Giants. Clinton Portis joined ESPN 980 in Washington DC with John Thompson and Doc Walker to talk about his health heading into the season, the expectations under second-year head coach Jim Zorn, opening the season against the Giants, and his goals for the year. 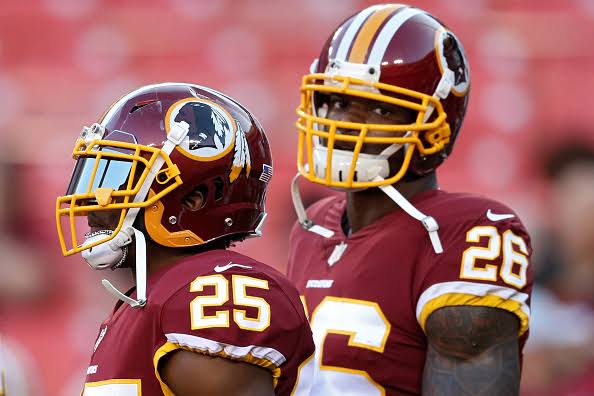 On his health going into the season:

“I’m good. I think I’m as healthy as you can be possibly be. I don’t have anything wrong with me. I don’t really have any bumps and bruises so I can’t complain.”

On going into the second season with Jim Zorn:

“I think it’s great. When you come in really trying to put in a system, trying to learn new players, trying to discipline everybody and get everything else, there’s a lot going on Now we understand what he wants and I think he understand the players point of view and where we are coming from. I think the lines of communication are better with everybody in the facility, not just me. I think everybody is beginning to be on the same page and if anybody has a problem they speak to him about it and he gives you the opportunity. Come speak your mind and we’ll go from there.”

On whether or not he feels comfortable with the offensive line this season:

“I actually think so. I think getting Dock (Derrick Dockery) back and having Stephon (Heyer) finally on the right side for the full season, I think those are major upgrades. No disrespect to Jon Jansen or Pete Kendall. Pete gave everything he had. He gave 100 percent; it just looked like he was going at 60. I think Pete was probably one of the smartest players I ever played with. He knew every situation in the game and he went out and gave it everything he had., but now having Dock and Stephon, that just makes our line younger and I think it’s an upgrade. If you look in the preseason, our first o-line really didn’t give up many sacks, there weren’t many miscues and I think they blocked pretty well.”

On whether or not there will be any changes in the running game this season:

“The running game can’t change much. There’s not much you can do in the running game. I think as far as the offense; for us opening up, going downfield, having the explosion, having Malcolm Kelly healthy, having Malcolm Kelly with confidence instantly upgrades this offense. We can get into any personnel. We can go two tight ends. We can go four wide and put all of our receivers on the field. We can go with Mike Sellers and (Todd) Yoder and run a power game. I think it’s exciting. I think just knowing what we’re capable of doing and seeing the way guys have stepped up and having Mike (Sellers) back in front of me, it’s just a positive outlook on the season. I think everybody is going to play hard and all of the sudden everybody has something to prove. I think everybody is tired of ‘oh they started out 6 and 2 and look what happened down the end.’ We got hit by the injury bug. No excuses, we faltered, we fell off and coming into this year we’ve got to do better.”

On what he’s expecting from the Giants in week 1:

“You know what the Giants are going to do. They are going to pose a problem with one of the best defensive lines in the NFL. They are going to play sound football. I think A.P (Antonio Pierce) is one of the smartest middle linebackers, one of the smartest players in the NFL. Anytime you have a front four as talented as that front four and then you have a middle linebacker who is going to put everybody in position, even the secondary, it’s always going to be a challenge. That’s what allows them to run those zone-blitzes and even when they are not blitzing, they have four linemen that are going to put pressure on you. I think it’s going to be a challenge for us and it’s a major challenge coming out of the gates playing the Giants in New York. It’s going to be a tough game, but we’re not backing down. We’re going to see where we measure up. We’re going to go out and play and give it all we’ve got. We’re not going to New York expecting to be defeated. We want to come back with a victory and that’s our mindset.”