Cliff Lee signing with Philadelphia seemed to shock just about everyone with how it came out of nowhere and how fast the deal was done. It seemed fairly simple that he was either staying in Texas with the Rangers or heading to New York to put on some pinstripes.Instead, Lee signed to head back to Philly. It sounds like Rangers owner and team president Nolan Ryan was just as shocked as you and I.He says Lee brought up Philadelphia once over lunch, but makes it sounds like it was just in passing. Then, all of the sudden, Lee was gone, leaving Ryan and the Rangers disappointed.Nolan Ryan joined ESPN Radio Dallas with Galloway and Company to discuss the surprise of Philadelphia getting Cliff Lee, if he was satisfied with the process with Lee and his agent, if they are guessing not tacking on a seventh year to the contract, if he thinks Lee would’ve stayed if a seventh year was added, if he’s at least happy that Lee isn’t with the Yankees and where the Rangers go now. 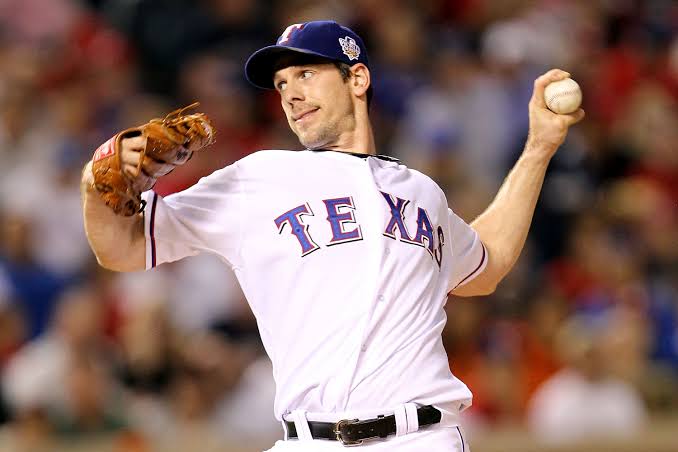 On whether Philadelphia was in the process all along or it just popped up:

“I really don’t know, but I reflect back on a conversation we had in in Little Rock the first time that Chuck and I and J.D. went over there. We were sitting around having lunch and Cliff made the statement that he really enjoyed Philadelphia when he was there and enjoyed playing there and that he would consider going back there. That was the only time I had heard Philadelphia mentioned until this weekend when rumors started floating around.”

On if he was totally shocked when Lee signed with Philly:

On whether he was satisfied with the process:

When things don’t work out in your favor, obviously you look back and try to figure out what might have gone wrong or how did you misread something. That’s about the only speculating I did on it.”

On whether they second-guessed themselves on not throwing in a seventh year in their offer:

“No. You know, when he decided to go to Philadelphia for five years and we were going to have to have seven to get him, I just felt like it wasn’t meant to be. We still have our budget in place and we can go out and improve the ballclub in some other means and that’ll be our goal.”

On whether he thinks Lee would’ve signed with the Rangers if they had thrown in a seventh year:

“That’s a good question. I don’t know if somebody would’ve guaranteed seven years for that kind of money, I don’t know how you walk away from that, but it’s hard to speculate.”

On whether he feels a little better knowing that at least the Yankees didn’t get him:

“I imagine Boston’s feeling quite good about it. But, you know, if he wasn’t going to pitch for us, I’d rather see him pitch in the National League.”

On looking at Zach Greinke or Matt Garza to fill the hole in the rotation:

“We’re going to continue dialogue with both teams and see if we can come to some kind of agreement that we feel like makes sense for us without totally depleting our young talent. As we saw last year, we started the season with five starters and two of our starters weren’t even in the rotation and pitched very little and weren’t in the postseason with us. So, it’s obvious that you have to have guys in your system that are capable of coming up and filling slots. … If you deplete that and somebody goes down, you’re really at a disadvantage.”