Cliff Avril on Jim Schwartz – Jim Harbaugh Confrontation: “Any man that gets disrespected will probably have something to say…”

If you are an NFL or even just a sports fan that hasn’t been unplugged for the past few days, then you’ve surely seen the footage and the fallout from the end of the San Francisco 49ers and Detroit Lions’ Week 6 matchup. Just in case you have been, here’s what happened.There are going to be mixed reactions about the incident, certainly from fans at least. As for the players involved? Well, that’s harder to say, partly because I’m sure both squads were instructed to not lose their cool when peppered and prodded with questions from the media this week.  Maybe not though based on the ongoing Twitter exchanges occurring between Lions and 49ers players. Let’s see what one Lions player, defensive end Cliff Avril, had to say about the situation.Lions defensive end Cliff Avril joined WDFN in Detroit with Shep and Sharpe to talk about if there’s reason to be concerned about the Lions’ inability to stop the run consistently, how players react to coaches showing the kind of emotion on display at the end of Detroit’s loss to San Francisco, his thoughts on how coach Jim Schwartz handled the situation, the Lions not getting enough pressure on Alex Smith, how much having their undefeated start snapped at home by the 49ers, and if he thought that the short week of preparation played a role in Detroit coming up short in Week 6. 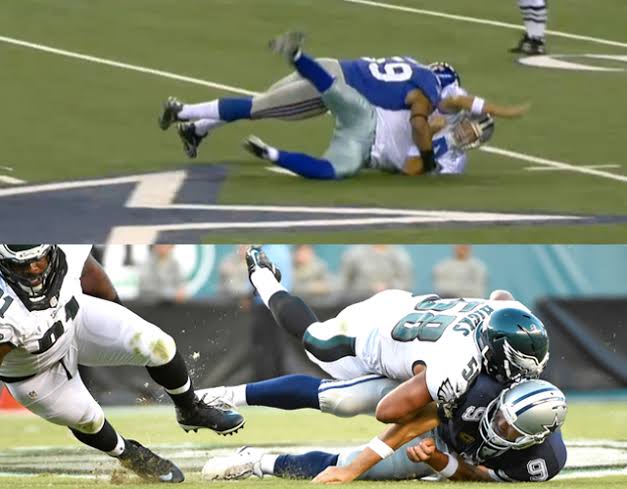 If there’s reason to be concerned about the Lions’ inability to stop the run consistently:

On what happens when a coach shows the type of emotion that was displayed at the end of Sunday’s game:

“I don’t think so. I know me personally, I had a few chances to hit him and I didn’t take advantage of them personally. So I don’t think we got to him as much as we should have. We definitely thought they would come out running the ball a little bit more, but like you said, you have to have respect for him — he’s a starter in the NFL, he can play obviously. But I don’t think I pressured him as much as possible, put it that way.”

‘Even though nobody thought Detroit would go undefeated, how much does the Week 6 loss at home to San Francisco sting:

“I mean, we haven’t lost since like December of last year, so I think this only proves that we won’t go 16-0, but I think we’ll definitely bounce and show that I think we’re one of the best teams in the league honestly. So we’ll bounce back and get out there in Atlanta.”

Whether having a short week to prepare for the 49ers hurt Detroit in his estimation:

“I don’t think so, I really don’t think so. We still studied film as we always do. The only thing is we didn’t get our off day, that extra day, to study film on our own more so than with the team. So I don’t think it hurt us, I just think we all had to come out there and play, and we didn’t execute like we should have.”