Cliff Avril, Detroit Lions Close in on a Playoff Berth

Much of the national attention on the Detroit Lions’ defense has been on tackles Ndamukong Suh and Nick Fairley, or perhaps veteran end Kyle Vanden Bosch. Much of the attention from opponents has been on those guys as well, which has helped Cliff Avril put up a mighty fine season. Avril picked up two more sacks in the Lions’ come-from-behind victory over Oakland on Sunday, giving him 11 on the season. Avril’s been a key factor in helping the Lions reach a point now where a victory against San Diego on Saturday would clinch a playoff spot. That point has been rather unthinkable in recent years, so it’ll be pretty fun to see what the atmosphere of Ford Field looks like this week. Cliff Avril joined WDFN in Detroit with Shep to discuss stopping Oakland to hold on for the victory Sunday, what he was thinking when the Lions’ offense was marching, the mood after the victory, what it means to have double-digit sacks, why he’s not seeing dollar signs with every sack and what it will be like playing for the playoffs this week. 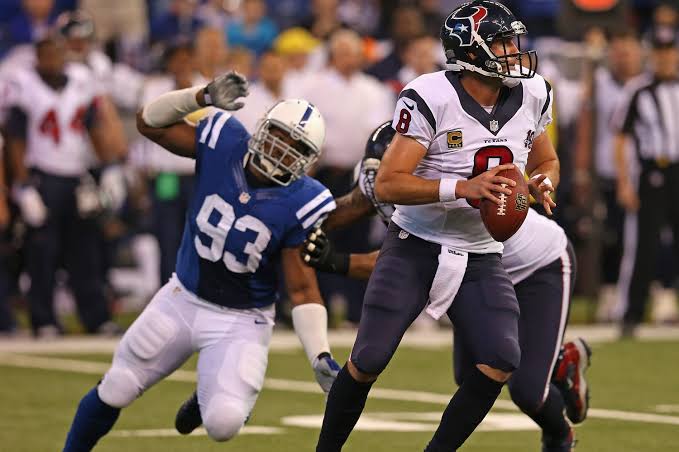 On putting together the comeback and then having to worry about kicker Sebastian Janikowski:

What are you thinking on the sideline during that last drive by your offense?:

“We were on the sideline just saying, ‘Let’s keep chopping at it.’ We need a first down. OK, now let’s get another first down. Then they throw a bomb and you know it’s going to Calvin. Of course Calvin does what he does best. … I promise you, watching from the sideline, I felt like the ball was in the air forever. Then Calvin ended up pulling it off and we end up scoring off that drive.”

Is it frustrating to go up against a team that uses so much misdirection with screens and reverses?:

“Yeah, but I think it’s kind of a sign of respect, I guess, for the D-Line. … With hustling to the ball and all that good stuff, they kind of tried to slow us down.”

How satisfying is it for you to break through the 10-sack plateau and now you have 11?:

“I mean, for any defensive end in the NFL, your goal is always double digits. … It feels great. I haven’t accomplished what I want to accomplish yet. My goals still haven’t been met, but it’s definitely great to get past that, because not too many people can get to 10. It’s definitely a plus, but I definitely want to keep chopping at it.”

Every time I saw you get a sack I just heard dollar signs:

(Laughs) “I haven’t thought about it.” That’s a lie: (More laughing) ”You know, whatever happens, happens. We’ll see.”

Do you realize how rocking it’s going to be at Ford Field with a playoff berth on the line?:

“Trust me, that’s the goal. That’s definitely the goal. I can’t wait, because that Monday night game was crazy and you’re saying it’s going to be crazier than that. It’s fun to play in that kind of atmosphere, especially on defense. You get the crowd going and you get some guys to do dumb stuff, like jump offsides and stuff like that.”