Colt McCoy’s awkward situation in Cleveland continues to drag on. The Browns’ quarterback, who started 13 games for them a year ago, watched as his team used a first-round draft pick to take Oklahoma State’s Brandon Weeden in this year’s draft. Now McCoy is stuck in camp battling for the backup job.But McCoy isn’t at all interested in talking controversy. He shrugs it off a couple of times in the following interview, though I think you can get a slight sense of what he’s feeling at the very end. There, he says he wants to remain in Cleveland and he wants to play, but he’ll cross that bridge later.Colt McCoy joined 92.3 The Fan in Cleveland with Ken Carman and Dustin Fox to discuss if there’s a quarterback controversy in Cleveland, if he’s tuning out talk about that, his shoulder, where the Browns team stands regarding his future with the team, Jake Delhomme as a mentor and why he wants to stay in Cleveland. 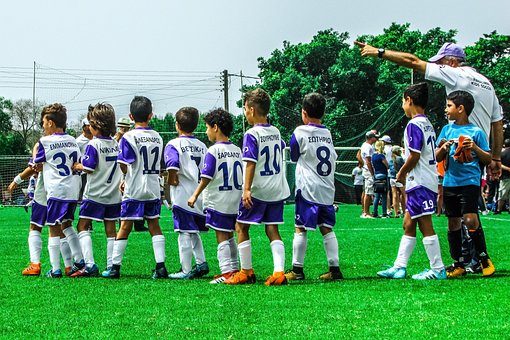 Is there much to be made of a quarterback controversy inside the locker room with you and Brandon Weeden?:

“No, we’re not going to go there, man. I mean, from my standpoint, every day, I just come out here and work. The reps I get, compete and play hard, try to get better and help this team. That’s what it’s all about. We want to win and I think everybody’s all in.”

That’s a question that’s probably not going to go away, though. Do you just tune it out?:

At this point, right now, yeah. My mindset, my focus, has just been on coming out here and working, getting better, spending a lot of time getting mental reps after practice — watching tape, studying the guys. I think the receivers are playing faster. Last week was evidence that our run game has picked up a lot. So, there’s a lot of positives on offense that are really starting to come together, and obviously, when Trent gets back, that’s going to help a lot, too. As far as controversy goes, I’m not playing those games. I’m just coming out here and doing the best I can to make myself the best player I can be for the Browns.”

Do you feel like your shoulder is starting to come around and is it something that hindered you a little bit?:

“No, I don’t want that to come across the wrong way. I’ve been healthy to play. But when you go back and talk about the shoulder injury and my visits to Dr. Andrews, that injury takes two or three years before you don’t worry about it anymore. … Throughout the years, I’ve spent a lot of time just maintaining and making sure everything works the right way. I’ve been healthy to play.”

How much further along is this team than where it was last year?:

“I think it’s a natural progression. Last year we came in here with no offseason and worked and tried to be there. We worked hard and studied hard, but I think just in a year’s time where you have an offseason and have a training camp and have gone through the same installation process 10 times now, I think everything slowed down for a lot of guys. … For me, as a quarterback, I’ve seen it for a year and a half now. I think it’s just natural that you start feeling a little more comfortable.”

How big of a help was Jake Delhomme during your rookie year?:

“The help that I got from Jake was he’s been around the league forever. This was the first time he was in that offense, my rookie year, so we were both learning that at the same time. But I will say having Jake around is a good thing because you can ask him questions, sometimes related to football, sometimes not. … Jake and I were pretty tight, so away from the building, we’d be talking football all the time.”

On wanting to finish what he started in Cleveland:

“I got drafted here and I want to be here. I gave two years with the same guys in that locker room. We’ve been through a lot together and I want to see it through. I want to see us winning football games for this organization, for our fans. We’ve been through a lot and you can’t see the future, but as far as what we’re doing right now, the future’s bright and I’m excited about it and I want to be here to see what happens. I’d love to play, but we’ll cross that bridge if it ever happens.”