Classic Vince McMahon, The PT Barnum Of Our Generation by Jimmy Shapiro

Vince McMahon has taken professional wrestling to heights never thought possible.  He took wrestling from a regional attraction to a full scale national phenomenon.  He mortgaged his future on the first Wrestlemania and that risk has taken wrestling to the mainstream.  Vince is a marketing and PR genius and his best decision may have been announcing that wrestling was sports entertainment and basically admitting the matches were staged.  Which was a shock to me because I thought that stuff in high school and college was fake. The WWE hit its apex in the late 90’s when Vince wisely took himself from behind the microphone and made himself into a weekly part of the story lines.  When Vince is involved, he’s either the most popular or the most hated performer for the WWE. 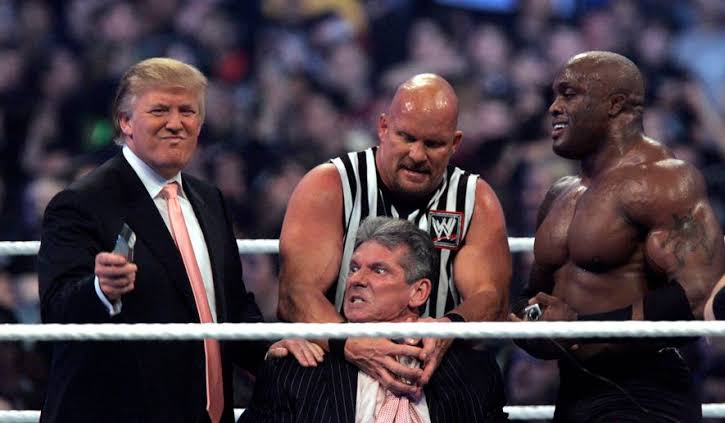 He totally gets how to build a story and how to run with it.  Earlier in the week it was announced that the Denver Nuggets and the Pepsi Center had double booked the venue with WWE Monday Night Raw and a Denver Nuggets Western Conference Championship Game.  This became a national story and Vince has capitalized on the mainstream news coverage this story has garnered. In a fun twist, McMahon moved this upcoming week’s Monday Night Raw to Staples Center, the venue for the Lakers who are the Nuggets opponent in this series.  I haveno doubt Vince will somehow weave this story into an angle on Monday Night Raw.  McMahon joined ESPN Radio Los Angelesto discuss changing the venue for Monday Night Raw, his hatred of Nuggets owner Stan Kroenke, how poorly the situation was handled by the Pepsi Center, and a potential lawsuit.

His reaction to the double booking:

“My first thought was I can’t believe this is happening because it’s never happened before. We never accept tentative dates during any playoffs; our dates are always firm. I couldn’t believe these people were just going to throw us out on our rear, no restitution, no nothing. I couldn’t believe this owner here, this E period Stan Kroensky or whatever his name is, wouldn’t have enough faith in his own team to hold the date for playoffs. By the way, you might want to do some research trying to find out what E period stands for. I’ve never trusted anybody with an initial for a first name – now I know why.”

What did they offer?

Discovering the E stands for Enos:

“It’s interesting that this fellow E. Stan Kronsky  or whatever it is has not come forward. It’s ironic no one from the media can find this guy. No one has a quote from him, no television cameras that can get him, no radio. This guy will not come to a microphone, he won’t be held accountable for his actions in the media. He’s thumbing his nose at not just us but he’s thumbing his nose at the media as well. I don’t know anything about this guy quite frankly.”

On having a steel cage match with Kroenke:

“I would love that. That would be awesome, are you kidding me? I’m about 245 pounds of rock hard steel muscle. I don’t know what he is but I would love to find out.”

The possibility of a lawsuit:

“Right now I’m just concentrating on selling tickets for Monday and Tuesday at the Staples Center but certainly we would leave open some sort of legal action against these charlatans.”